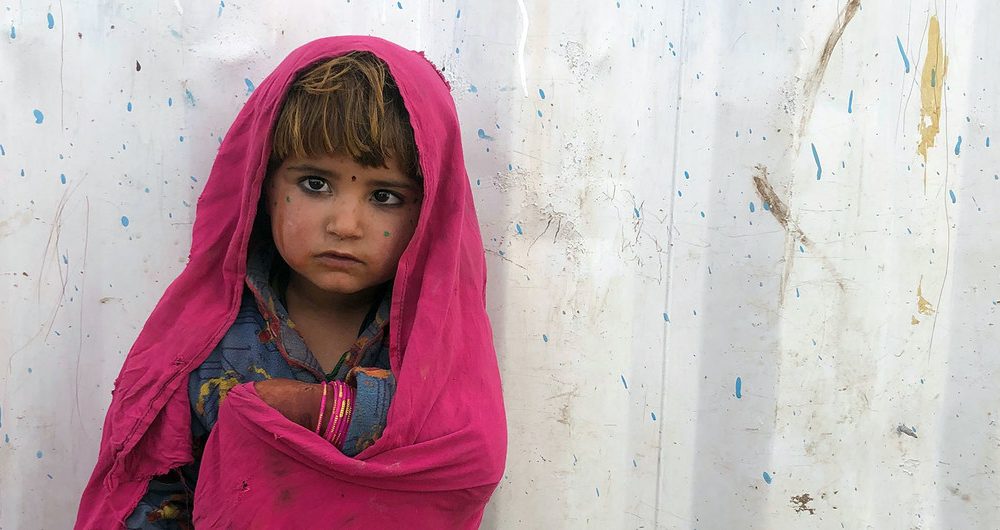 UN humanitarian agencies are warning that they are unable to bring urgently needed emergency supplies into Afghanistan, and are calling for a “humanitarian airbridge” to be set up immediately, to allow the unimpeded delivery of medicines and other aid supplies to the country.

In a media interview on Monday, Richard Brennan, the WHO Regional Director, explained that the agency is unable to bring some 500 tonnes of medical supplies, scheduled to be delivered this week, into the country, because of restrictions at Kabul airport, which is struggling to cope with a massive evacuation effort.

In the past week, the WHO has distributed trauma and medical kits from existing supplies to hospitals in Kabul, Kunduz and Helmand provinces to support health services for tens of thousands of people in need. However, supplies are dwindling and they need to be replenished.
For its part, the World Food Programme said that its operations have been continuing throughout Afghanistan, including food distributions and drought assessments. This past week alone, WFP has reached 80,000 people with some 600 metric tonnes of food commodities that came across land borders.

Mary-Ellen McGroarty, the UN’s World Food Programme’s country director for Afghanistan, was also quoted in the press on Monday as calling for swift, coordination action; “otherwise, an already horrendous situation is just going to become an absolute catastrophe, a complete humanitarian disaster”.

Ms. McGroarty reportedly underscored the crucial need for immediate funds to enable more food, shelter and medical supplies to be brought into the country: “Delay for the next six or seven weeks and it’s going to start becoming too late. People have nothing. We have to get food in now and get it to the communities in the provinces before roads are blocked by snow.”

The main focus in recent days has been the evacuation of foreigners and vulnerable Afghans, with 300,000 people displaced in the country in the last two months alone, but the agencies pointed out that “The massive humanitarian needs facing the majority of the population should not – and cannot – be neglected”: even before the Taliban’s recent takeover of Afghanistan, the country required the world’s third-largest humanitarian operation, with more than 18 million people needing help.

Henrietta Fore, the head of the UN children’s agency, UNICEF, which has been providing aid and support to Afghan children for 65 years, said on Monday that she anticipates the humanitarian needs of women and children to increase over the coming months, amidst severe drought and consequent water scarcity, and the ongoing consequences of the COVID-19 pandemic.

“Millions will continue to need essential services, including health, lifesaving vaccination drives against polio and measles, nutrition, protection, shelter, water and sanitation”, said Ms. Fore. “In recent years, significant strides have been made on increasing girls’ access to education – it is vital that these gains are preserved, and advocacy efforts continue so that all girls in Afghanistan receive a quality education.”

UNICEF is scaling up its lifesaving programmes for children and women, and hopes to expand these operations to areas that could not previously be reached because of insecurity. Ms. Fore urged the Taliban, now effectively in control of Afghanistan, to ensure that the agency and its humanitarian partners have safe, timely and unfettered access to reach children in need wherever they are.

‘Women must be able to work in Afghanistan’

At the noon briefing for UN correspondents, the UN Spokesperson, Stéphane Dujarric, underlined the importance of women’s rights, amid widespread fears that the Taliban will bring in repressive policies.
Mr. Dujarric pointed out that the UN’s humanitarian colleagues have stressed that women “must be able to work in order for Afghanistan to function, for their survival and so that they can provide for their families”.

Women, continued the UN spokesperson, are vital in delivering essential humanitarian services, including health and education, and both male and female aid workers must to have unimpeded access for the assessment, delivery and monitoring of assistance.

“The future of Afghanistan relies on creating an inclusive and enabling environment where all people, including women and girls, can thrive through their full, equal, and meaningful participation”, declared Mr. Dujarric.

The Spokesperson flagged that UN Secretary-General António Guterres has been invited to participate in a virtual G7 special summit on Afghanistan, where his message will be focused on the need for unity in the international community as we keep the interests of the Afghan people front and centre.