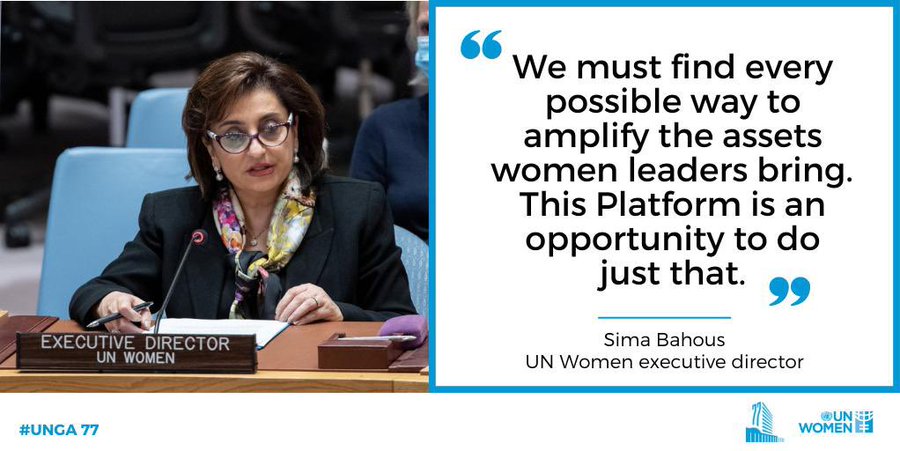 Women Heads of State and Government meeting on the sidelines of the UN General Assembly (UNGA) in New York on Tuesday have highlighted how women’s full and effective participation and decision-making are crucial to addressing global priorities.

The newly established UNGA Platform of Women Leaders held an event where they discussed global issues under the theme of Transformative Solutions by Women Leaders to Today’s Interlinked Challenges.

Recent global crises, such as the COVID-19 pandemic, the climate emergency and conflicts, have shown the positive difference women’s leadership and decision-making can make in executive positions, parliaments, and public administration.

For example, data from the UN Development Programme (UNDP) and UN Women, shows that governments with higher women’s representation in parliaments adopted a higher number of gender-sensitive policy measures in response to the pandemic, including policies aimed directly at strengthening women’s economic security. Tuesday’s event was hosted by the Office of the President of the UN General Assembly and UN Women, in cooperation with the Council of Women World Leaders (CWWL).

Out of the 193 countries that are UN Member States, only 28 women serve as elected Heads of State or Government. There also is still a long way to go when it comes to the proportion of women in other levels of political office.

Globally, women comprise 21 per cent of the world’s ministers, 26 per cent of national parliamentarians, and 34 per cent of elected local government seats. A new UN report has further revealed that at the current pace of progress, equal parliamentary representation will not be achieved until 2062.