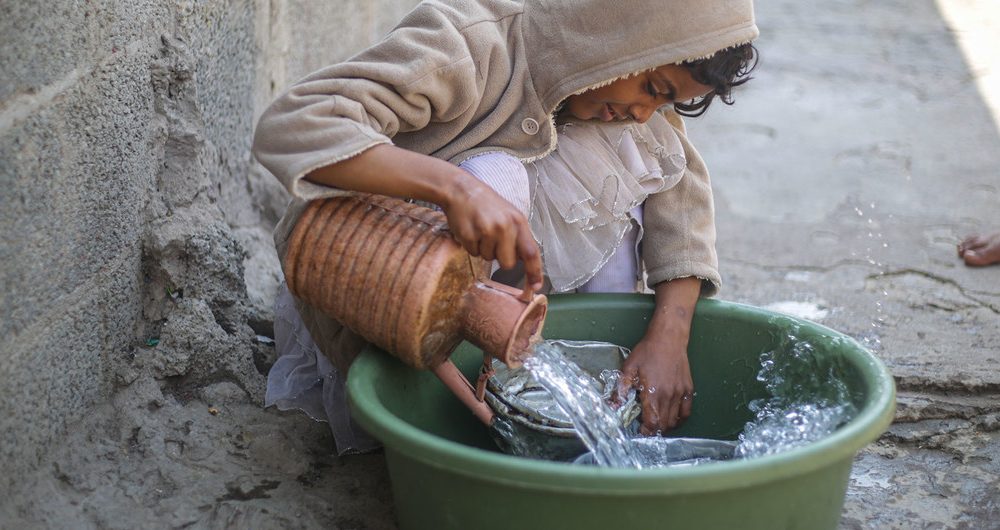 No progress has been made by parties in Yemen to reach a political agreement to settle the civil war, which is now in its seventh year, a senior UN official for the Middle East region told the Security Council on Monday.

“It is imperative to resume an inclusive, Yemeni-led political process to reach a negotiated solution to the conflict,” said Khaled Khiari, Assistant Secretary-General for Middle East, Asia and the Pacific, referring to a 2015 peace plan, which called for a nationwide ceasefire, the reopening of Sana’a airport, the easing of restrictions on fuel and goods flowing through Hudaydah port, and the resumption of face-to-face political negotiations.

Mr. Khiari said that the Houthis continue to make the opening of Hudaydah ports and Sana’a airport, as well as on the ending of what they call the “aggression and occupation”, conditions of their renewed participation in the political process.

Moreover, negotiations facilitated by Saudi Arabia on the Riyadh Agreement – which were focused on the return of the Prime Minister and other ministers to Aden – have yet to resume following the Eid break in July.  Timely progress on the accord’s implementation remains vital to address the tensions in the south, he explained.

In Al Bayda, gains made by Yemeni forces supported by the Saudi-led coalition were reversed by the Houthis, who have moved towards the border between Ma’rib and Shabwa governorates, threatening the main arterial routes.

Mr. Khiari called on all parties to “completely and immediately” cease such attempts to achieve territorial gains by force.

On the economic front, he said the value of the riyal in Government-controlled areas reached a record low of 1,000 riyals to 1 United States dollar.

The Southern Transitional Council has threatened to enforce an independent local exchange rate in Aden and other areas under their control in southern Yemen, which would further complicate efforts to foster a cohesive economic recovery.

Turning to the issue of fuel supply, Mr. Khiari said that only three commercial fuel vessels were given clearance to berth at Hudaydah port since July.  Four fuel vessels remain in the coalition holding area, and all but one petrol station in Houthi-controlled governorates have reportedly closed.  Cooking gas shortages have pushed wait times to one month for refilling empty cylinders.

“We reiterate our call on the Government of Yemen to urgently allow the entry of all essential commercial supplies – including fuel ships – to Hudaydah without delay,” he stressed, pressing all parties to prioritize civilian needs and abstain from “weaponizing the economy”.

Henrietta Fore, Executive Director of the United Nations International Children’s Emergency Fund (UNICEF), acknowledged that little has changed since her last briefing on the situation two years ago.  “Each day, the violence and destruction wreak havoc on the lives of children and their families,” she stressed.

In 2021, 1.6 million children have been internally displaced due to violence, she said, notably in Hudaydah and Ma’rib, while essential health, sanitation and education services are “incredibly fragile” and “on the brink of total collapse”.

Gross domestic product (GDP), meanwhile, dropped 40 per cent since 2015, she continued – a major concern, as one quarter of the population – including many doctors, teachers and sanitation workers – rely on civil servant salaries, which are paid erratically, if at all.

One child dies every 10 minutes, 2 million out of school

“In Yemen, one child dies every 10 minutes from preventable causes, including malnutrition and vaccine-preventable diseases,” she stressed.

Two million children are out of school and one in six schools can no longer be used.  Two-thirds of teachers – over 170,000 of them – have not received a regular salary for four years, due to the conflict, placing 4 million additional children at risk of dropping out, as unpaid teachers quit to find other ways of providing for their families.

Being a child in Yemen is ‘the stuff of nightmares’

The UNICEF chief said that she and her colleagues are deeply worried that the numbers do not adequately reveal what children in Yemen experience, from watching parents struggle to fight off starvation, to being killed by a bullet, explosion or landmine, recruited to join the war or forced into marriage.

Having experienced or witnessed horrific violence, children will carry physical and emotional scars for their entire lives: “Being a child in Yemen is the stuff of nightmares”.

UNICEF is making efforts on every level, she continued, including providing access to clean water and sanitation, along with health, nutrition, protection and education services.  The agency is responding to COVID-19 vaccine needs and providing cash transfers to 1.5 million households every quarter.

Ms. Fore called on parties – and the Council itself –  to place children first, stressing that UNICEF needs sustained humanitarian access to people in need, no matter where they are.

“We must reopen the port of Hudaydah to commercial imports and fuel,” she stressed.  “Millions could be plunged into famine if vital imports remain restricted.”

“War overshadows everything,” said Martin Griffiths, briefing the Council for the first time in his capacity as Under-Secretary-General for Humanitarian Affairs and Emergency Relief Coordinator.

The offensive in Ma’rib province, and clashes along nearly 50 other front lines have reportedly killed or injured more than 1,200  civilians, as collapsing public services deprive people of clean water, sanitation, education and health care, and cholera and COVID-19 spread freely under such conditions.

5 million ‘one step away’ from famine

With 20 million in need of humanitarian assistance and protection, a decimated economy is pushing the country to the brink, he said: five million people are one step away from succumbing to famine and the diseases that go with it, while 10  million more are right behind them.

“Famine is not just a food problem, it’s a symptom of a much deeper collapse,” he warned.  People are starving not because there is no food, but because they cannot afford it.

Mr. Griffiths said that incomes are disappearing, especially salaries for civil servants, who represent a quarter of the population: the collapsed Yemeni currency is particularly disastrous for a country so heavily dependent on imports.

The Under-Secretary-General called for an end to profiteering and the implementation of a definitive ceasefire, which would give desperate civilians a break and create the space needed to address the drivers of the crisis.