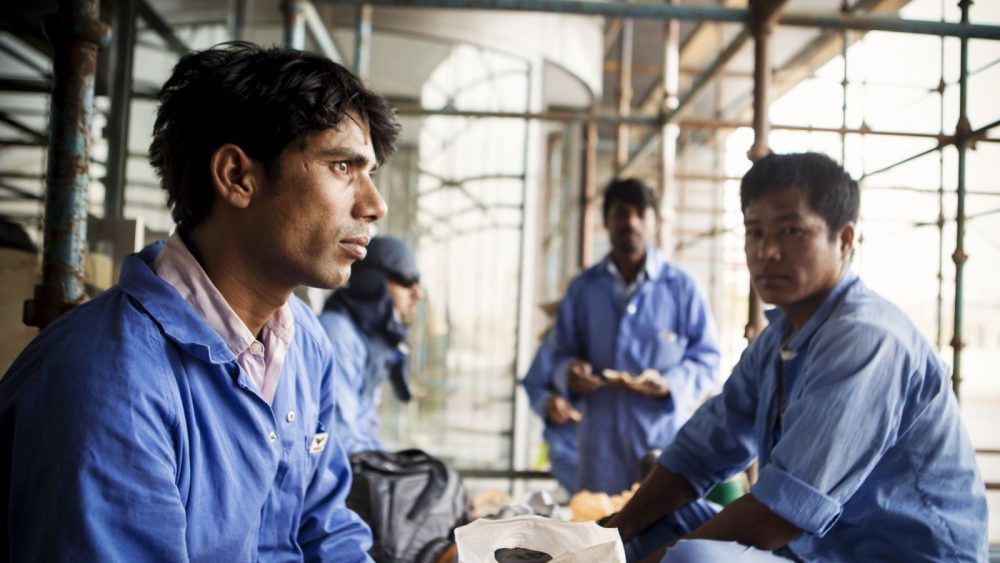 Amidst reports that many migrant workers in the Middle East are being made destitute, due to an economic crisis exacerbated by the COVID-19 pandemic, the UN is calling on governments and employers to respect their rights and show solidarity with their plight.

Thrown into the streets, locked in rooms, and forced to work without pay, recent media reporting has revealed the abuse and poor treatment that some migrant domestic workers in the Middle East have suffered, since the onset of the pandemic.

The International Labour Organization (ILO) has confirmed that many of these workers, particularly those who have no employment contract and live outside the household, have been severely impacted by the pandemic.
Rszyard Cholewinski, a senior migration specialist at the ILO’s Regional Office for the Arab States, told UN News that the numbers of workers affected in the region are significant: more than 27 percent of migrant domestic workers (3.16 million out of a global total of 11.5 million) are employed in the Arab States, according to ILO estimates.
Restricted lockdown

Many of them have lost their incomes and livelihoods, with employers telling them that their services are no longer needed, due to fears regarding the spread of COVID-19. As a result, they are struggling to pay for food and rent, and are relying on humanitarian assistance, and the support of community networks.

Most, however, live within the households of their employers. For these workers, says Mr. Cholewinski, working conditions are likely to have worsened: “they are being required to perform more tasks, particularly in relation to cleaning, and working longer hours with less time off”, he says. “They are also subject to greater restrictions on their mobility as families stay home, with the increase in teleworking and home-schooling during periods of lockdown”.

Workers in this region were already vulnerable to abuse, as domestic work is excluded from labor laws in many countries. In the Arab States that favor the kafala system – which requires foreigners to obtain the permission of their employer if they want to change jobs or leave the country – there is, says Mr. Cholewinski, a serious imbalance in the worker-employer relationship, which makes migrant domestic workers particularly vulnerable to situations of forced labor.

The UN has been working to improve conditions for migrant domestic workers during the pandemic, alongside governments, employers and worker organizations, and other partners, to better understand the situation of migrant domestic workers, who have become even less visible than before due to the lockdowns introduced by many governments in the region.

In cases where migrant domestic workers have been deprived of incomes and livelihoods, the UN is working to ensure that all migrant workers, including domestic workers, are covered in the national responses to COVID-19.

At a local level, says Mr. Cholewinski, there are some signs of improvement in the way workers are treated: “there has been some progress in dismantling the kafala system, to make it easier for domestic workers to terminate contracts and to change employers, particularly in cases of abuse”.

However, he notes that there is still a lot more that needs to be done at an international level: “the ILO is promoting ratification of its Domestic Workers Convention, which establishes the minimum level of treatment that should be afforded all domestic workers regardless of their nationality or immigration status. To date, it has not been ratified by any Middle Eastern countries”.