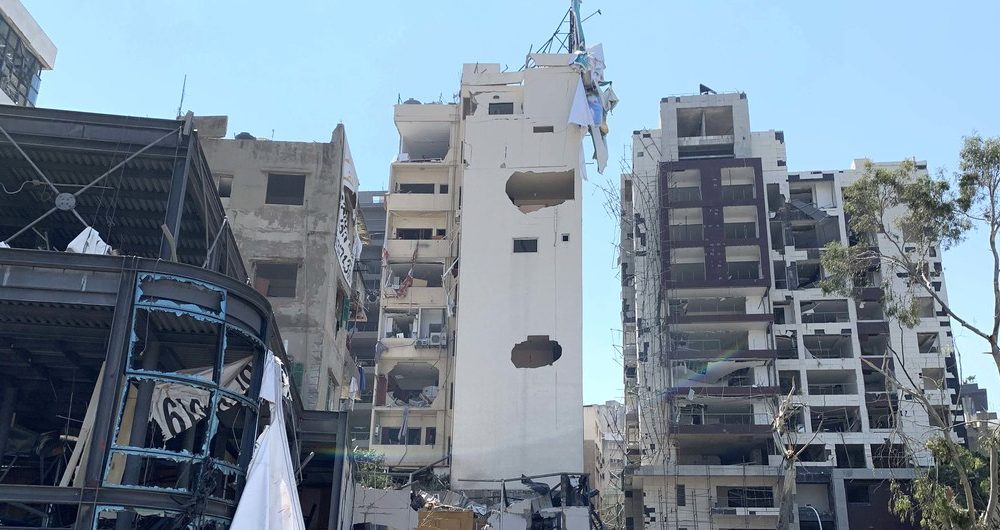 Dozens of refugees were among the victims of the deadly explosions at Beirut’s port a week ago that destroyed large areas of the Lebanese capital, the UN refugee agency, UNHCR, reported on Tuesday.

So far, at least 34 refugees were among the more than 200 people reportedly killed in the blast, though the fear is that the number could rise further. Another 124 refugees were injured, 20 of them seriously, while seven are still missing.

“We continue to work with the rescue teams and other humanitarian partners to identify the victims and are extending support to the families who have lost their loved ones. This includes counseling, emergency cash, and help with burial arrangements”, said Babar Baloch, UNHCR Spokesperson in Geneva.

Mr. Baloch told journalists that the catastrophe has affected everyone, regardless of their nationality or status.

It is estimated that more than 5,000 people sustained injuries in the blast, while hundreds of thousands more have lost their homes.

“Thousands of affected people now, many of them are homeless, require food assistance after the explosion”, said Jens Laerke, OCHA Deputy Spokesperson.

“And there is concern that the damage to the Beirut Port will exacerbate food insecurity, which was already growing due to the socio-economic crisis in Lebanon and compounded by COVID-19.”

An initial door-to-door assessment is currently underway in the most heavily affected neighborhoods, and aid distributions have commenced as of Sunday.

Humanitarian partners also are working to identify households that require emergency weatherproofing against the elements and to restore a level of safety, privacy, and dignity.

Additional maternal health support will be necessary to ensure the safe delivery of some 400 babies who are due to be born in the coming month, OCHA’s latest update on the crisis has revealed.

Children in the crisis

Although figures on child casualties are still being determined, at least three children were killed in the explosion and 31 required hospitalizations, according to the UN Children’s Fund (UNICEF).

Aid partners reported that some 1,000 children were among the wounded.

UNICEF is providing precautionary tetanus vaccination shots for the injured, and delivering water to port workers, first responders, and victims, among other support.

Supplies of personal protective equipment (PPE), including millions of masks and gloves, are also on the way to Lebanon, with the first flight expected to arrive on Wednesday.

The UN agency has also mobilized more than 300 young volunteers who are helping to clean, cook, distribute food and water, and perform minor repairs on homes and shops. Some 4,000 households have been reached so far.

The devastation from the explosion also threatens to disrupt the start of the academic year, the UN educational and cultural organization, UNESCO, has warned. Around 70 public schools and 50 private schools in and around Beirut were either partially or damaged, impacting some 55,000 students.

UNESCO will rehabilitate damaged schools and coordinate rehabilitation efforts among partners. As some schools may opt for distance learning due to the crisis and the COVID-19 pandemic, the UN agency also will provide technical and financial support to the Ministry of Education to develop remote learning solutions.

“We stand ready to harness all our capacities to ensure that learning never stops and to guarantee all students’ right to education”, said Dr. Hamed Al Hamami, Director of the UNESCO Regional Bureau for Education in the Arab States.