United Nations Association of Iran / News / UN appeals for restraint, ‘social cohesion’ as protests across the US continue
Jun 02 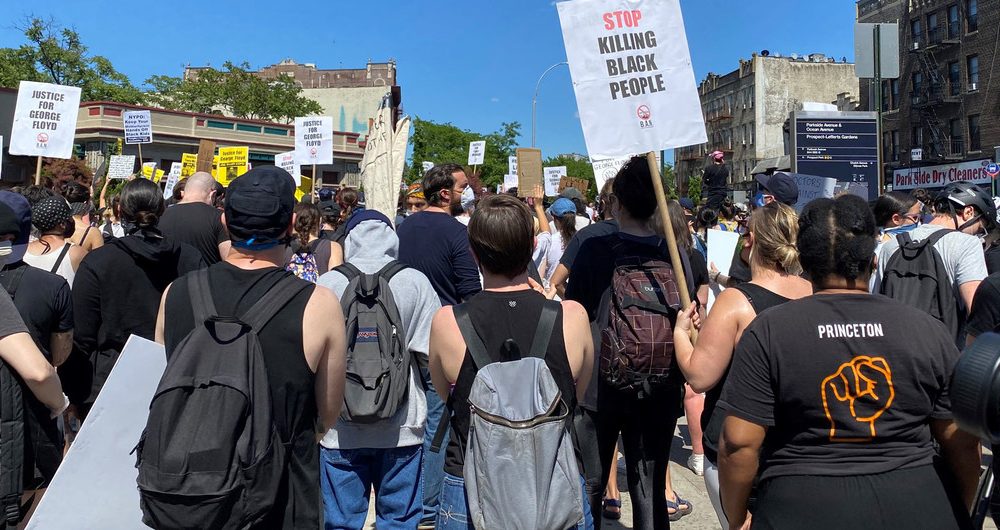 UN appeals for restraint, ‘social cohesion’ as protests across the US continue

Responding to on-going protests that have spawned violence on all sides across dozens of US cities, the UN Spokesperson on Monday reiterated the Secretary-General’s appeal for grievances to be heard in “peaceful ways”, met with restraint by police and security forces.

Outrage began after video footage went viral on social media early last week, showing a white officer in the city of Minneapolis kneeling on the neck of 46-year-old African-American George Floyd for more than eight minutes, during which he appeared to become lifeless, dying in police custody.

Tens of thousands have taken to the streets during mainly peaceful protests, but violence by some demonstrators aimed at the police has also seen widespread looting, and increasingly violent policing tactics employed across multiple US cities.

“The situation we’re seeing today we’ve seen in different parts of the world before”, Spokesperson Stéphane Dujarric told reporters, adding that UN chief António Guterres’s message has been consistent: “Grievances must be heard, but they must be expressed… in peaceful ways, and authorities must show restraint in responding to demonstrators”.

As in any country in the world, “diversity is a richness and not a threat, but the success of diverse societies in any country requires a massive investment in social cohesion”, the spokesperson said, responding to questions from correspondents at the regular daily briefing, and pointing to “reducing inequalities, addressing possible areas of discrimination, strengthening social protection, [and] providing opportunities for all”.

“These efforts, these investments need to mobilize national governments…local authorities, the private sector, civil society, faith based organizations…society as a whole”, he said.

And in cases of instances of police violence, Mr. Dujarric reiterated the UN’s stance, calling for thorough investigations.

“We’ve always said that police forces around the world need to have adequate human rights training, and there also needs to be an investment in social and psychological support for police so they can do their job properly in terms of protecting the community”, the UN Spokesperson said.

The killing of Mr. Floyd has rocked Minneapolis and other cities across the country, with mostly peaceful daytime demonstrations turning violent as night fell, with many curfews being imposed, and largely ignored.

Throughout the weekend, reports reverberated of shootings, lootings and vandalism in a host of American cities, including New York, Chicago, Philadelphia and Los Angeles.

Meanwhile, riot police fired tear gas and pepper bullets to try to disperse crowds and according to news reports, at least 4,400 people have been arrested.

By some accounts, the country is experiencing the most widespread racial turbulence and civil unrest since civil rights icon, Dr. Martin Luther King, was assassinated in 1968.

Although only days ago the COVID-19 pandemic had led to weeks of largely empty streets across the country, march routes in many cities have seen demonstrators ignoring physical-distancing, marching shoulder to shoulder, despite the risk of further transmission.

“This is not over yet and we need to ensure that any locations that are considering these mass gathering events”, have “systems in place to prevent and detect and respond to any such cases”, she spelled out.