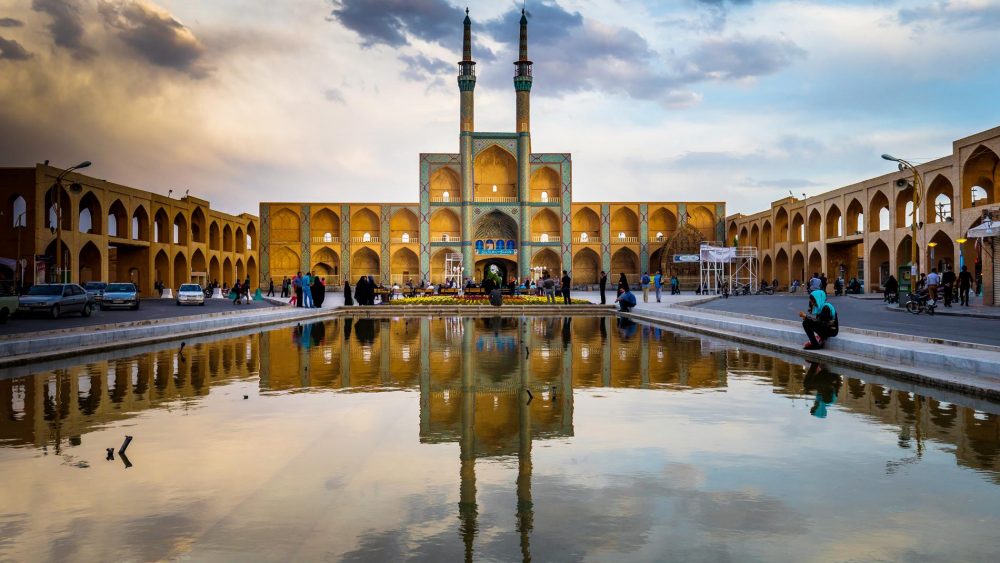 The current tensions across the Middle East and Gulf region and their potential implications for cultural heritage sites were the focus of a meeting on Monday between the head of the UN’s cultural agency, UNESCO, and a senior diplomat from Iran.

UNESCO Director-General Audrey Azoulay and Iranian Ambassador to the UN agency, Ahmad Jalali, met in Paris against a background of mounting threats between his country and the United States.

This follows the killing of top Iranian general Qassim Suleimani in an airstrike in Baghdad on Friday carried out by the United States.

In a tweet at the weekend, US President Donald Trump said he was issuing a warning to Iran that if any retaliatory strikes involved Americans or American assets, then Iranian sites, including those of cultural significance, would be targeted.

Ms. Azoulay used the meeting to stress the universality of cultural and natural heritage in promoting peace and dialogue between peoples, and which the international community has a duty to protect and preserve for future generations.

She recalled two UN treaties on protecting cultural heritage, including during conflict, which both countries have ratified.

The 1954 Convention for the Protection of Cultural Property in the Event of Armed Conflict is the first international treaty to address this subject.

It was adopted in the wake of the widespread destruction of cultural heritage during the Second World War.

Examples of cultural heritage include monuments and archaeological sites, but also architecture, works of art, books, scientific collections, and other objects of artistic, historical or archaeological interest.

Under the treaty, countries pledge to spare these items from possible armed conflict through protective measures and even sanctions.

UNESCO explained that threats can come from fighting but also any resulting occupation.

“As cultural property reflects the life, history, and identity of the community, its preservation helps to rebuild a broken community, re-establish its identity, and link its past with its present and future. In addition, the cultural property of any people contributes to the cultural heritage of humankind. Thus, loss of or damage to such property impoverishes humankind,”  according to information on its website.

The second treaty is the 1972 Convention Concerning the Protection of the World Cultural and Natural Heritage.

The most significant feature of the treaty is that it links “the concepts of nature conservation and the preservation of cultural properties” and the need to preserve a balance between the two.

Among other items, it stipulates that each State Party “undertakes not to take any deliberate measures which might damage directly or indirectly the cultural and natural heritage […] situated on the territory of other States Parties to this Convention.”