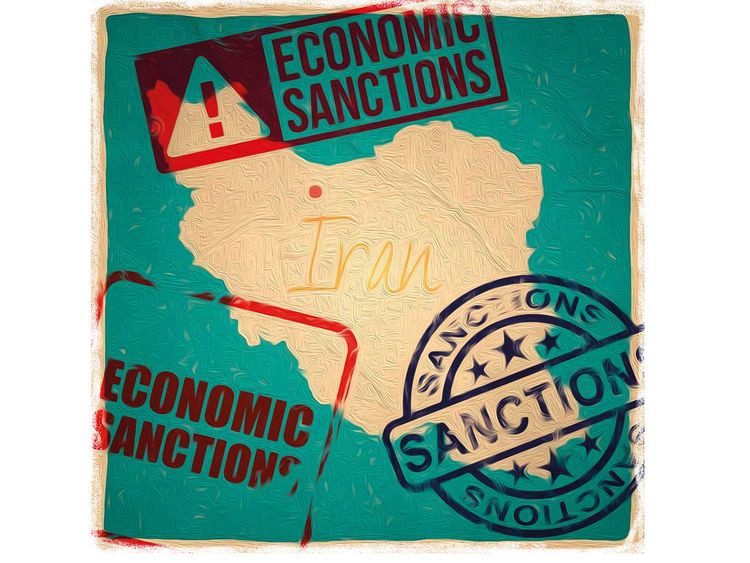 Trump announced ‘highest sanctions ever’ targeting Iran’s central bank. Iranian officials, like President Hassan Rohani and Zarif, has been described US unilateral sanctions on Iran as “economic war”, “economic terrorism” and a “crime against humanity”

This writing also is adding to the list and claiming the US imposed sanctions on Iran is an act of genocide. It is not the first in asserting that a sanction policy constitutes genocide. This statement also had been made in case of Iraq, Cuba, and Venezuela. However, there are some facts which make Iran significantly different from other countries under US sanctions. As Trump and Mike Pompeo indicated “These are the strongest sanctions ever put on the country.”

Regarding historical instances of an act of genocide, there are serious reactions to the claim of considering sanctions in general as genocide. George Bisharat indicates in his paper, Sanctions as Genocide:

“To most, genocide means mass killings motivated by some racial hatred or other group animus. Put differently, the sanctions simply do not have the ‘look’ or ‘feel’ of genocide in its classic sense” and all of its lethality and illegality can fly under the political radar and public opinion.

Article II of the Genocide Convention on the Prevention and Punishment of Genocide of 1948 (Genocide Convention) requires a series of elements for the act of genocide. The elements go far beyond images of normally expected death campus, bullet-ridden or machete–hacked corpse and other dramatic manifestation of direct mass killings. The crime of genocide is committing any of the acts enumerated in the Convention with “intent to destroy,” “in whole or in part,” “a national, ethnical, racial or religious group,” and “as such.”

According to the UN Genocide Convention, the mental elements of genocide cannot be committed by accident and the “intent” is requires. Under Article 30 of the Rome Statute of the International Criminal Court (ICC), persons are criminally liable for acts only when their actions are committed with both knowledge and intent. Knowledge is defined as “awareness that a circumstance exists or a consequence will occur in the ordinary course of events.”

For the purposes of this writing, US officials must have known that sanctions would lead to Iranian deaths, serious bodily or mental harm, or would cause conditions of life calculated to bring about its physical destruction in whole or in part.

It is clear that in August 2018, when the first round of sanctions re-imposed by US officials, they were “aware” that this kind of comprehensive sanction would have the devastating effects on Iranian lives. Only a week after that the tough new round of sanctions came into force, in November 2018, US National Security Advisor John Bolton vowed to “squeeze” Iran “until the pips squeak”, a quote that explicitly shows the “awareness.”

To clarify the meaning of squeeze, we shall look at some impacts of US sanctions on Iran economy.

Because of the new round of sanctions, oil exports and national income were dropping, inflation was mounting and economic hardships were growing. The Iranian rial lost over 60% of its value in the last year, the value of ordinary Iranians savings decreased. New sanctions also contributed to shortages in specialized medicines and medical equipment.

In July 2019, President Rouhani compared Iran’s current situation with the 8-year war against Iraq: “Today it is not possible to say if conditions are better or worse than during the imposed war, but at the time we did not have problems with banking, selling oil, imports and exports and our only problem was a weapons sanction”.

The US imposed a new round of sanction on Iran allegedly to prevent Iran from pursuing nuclear weapons. But some might go future to admit a broader and different goal is behind, which is causing a regime change in Iran and weakening Iran to the point that it could not threaten US allies in the region. This regime change strategy is designed to work through the pain and anger of the sanctioned population. It is crystal clear that US officials knew of the devastating impacts of sanctions on Iranian lives. This reflected­ in a response of US Secretary of State Mike Pompeo, in an interview with CBS’ Roxana Saberi.

Roxana Saberi “Have you seen any sign that this pressure is pushing Iran to negotiate with the US?” Mike Pompeo: “Things are much worse for the Iranian people, and we’re convinced that will lead the Iranian people to rise up and change the behavior of the regime.”

Also in May 2019, Mr. Pompeo acknowledged to Michael J. Morrell, a former acting director of the C.I.A., that the administration’s strategy would not persuade Iranian leaders to change their behavior, but “what can change is the people can change the government.”

In other words, the pain of sanctions will cause Iranian people to rise up and overthrow their leaders. Also shall bear in mind that US president called Iran a Nation of terror. These phrases directly point at Iranians as a national group. No more telling evidence could represent the knowing calculation of the human costs of sanctions.

The crime of genocide is, directly and indirectly, conducting in Iran trough acts of “Killing”, “Causing serious bodily or mental harm” and “inflicting on the group conditions of life calculated to bring about its physical destruction in whole or in part”. In international criminal law, “causation” is an implicit element of the material element of any offenses. Following is an attempt to show how American sanctions on Iran has “caused harm” on Iranian people.

Every day many Iranians are dying of treatable disease because of a shortage of medicine. Shortage of vital drugs is a growing crisis in Iran which did not exist before the new round of sanctions. While there is a waiver for humanitarian goods in the imposed sanctions, in practice, the sanctions on financial transactions and shipment make it impossible for Iranian pharmaceutical importers and manufacturers to provide the market with a wide range of medications and medical equipment. Many Iranian trading banks are blacklisted by the US. Also, the international banking system is severely restricted in doing the transaction with Iran. For example, Parsian Bank was one of the few Iranian banks involved in doing humanitarian trades, including managing medicine and medical devices. This bank was not sanctioned even before the nuclear deal. But, with the reinstatement of the sanctions by the Trump administration the Parsian Bank was added to the blacklist. Experts believe despite some medicine shortage before the nuclear deal, “it was nowhere close to what we are witnessing now.” Even when some are not in short supply, the huge inflation has put their costs out of reach for many Iranians.

Exporting food items to Iran confronts the same problems. It is not officially sanctioned, but, suffers from the restrictions on international transactions with Iran, restrictions that cause many delays and cancelations.

Any delay in cargo discharge of the vessels damages the domestic food chain and burdens the end-user in shape of shortage or expensive price. The combination of inflation and shrunken supplement make food unaffordable to many ordinary people, which itself causes mall nutritional and related diseases.

According to sources, Iran’s economy grew by 12.5 percent in 2016-before the re-imposing of the sanctions- the figure decreased to six percent in the first six months of 2019. The US sanctions pushed up the price of imported raw materials. Manufactures have been faced with massive loses. Due to these loses many production lines have been shut down and many workers have been laid off.

Above examples can prove that the sanctions have “caused bodily and psychological harms” to Iranians who have been subjected to hyperinflation, unstable currency, unemployment, unaffordable housing, lack of some essential medicines.

Considering Article II of the UN Genocide Convention, the US sanctions on Iran can be considered as an act of genocide in terms of mental and material elements. Even though, this instance of genocide does not have the expected appearance and popular understanding.

US sanctions program against Iran is the most recent instance of denial of the right to the existence of an entire national group. Its recognition and punishment must be a matter of international concern.