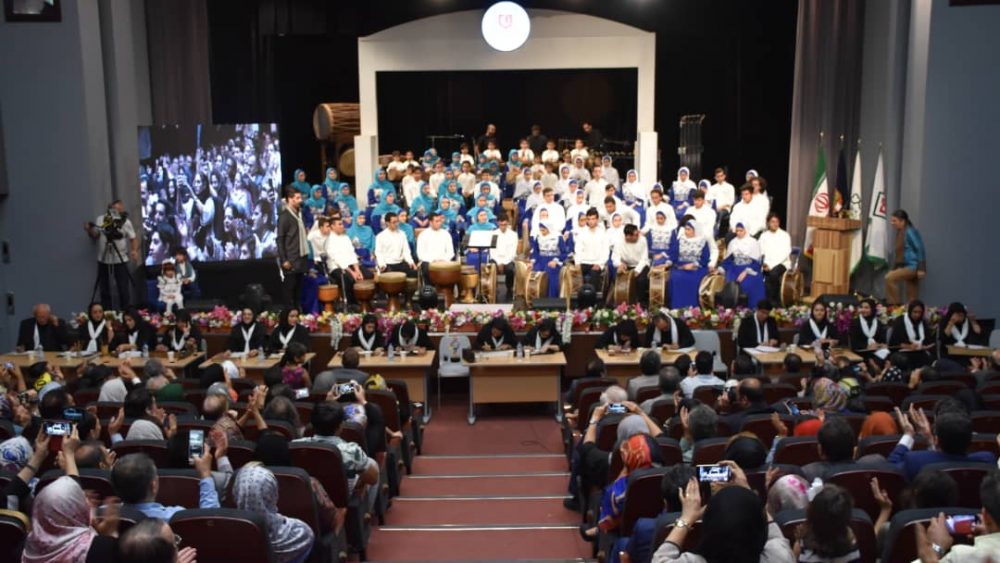 The ceremony began by remarks of the Director of the Islamic Revolution and Sacred Defense Museum Dr. Ali Asghar Jafar whom after welcoming the participants said that: “We have proved in the history that we are not warmongers and we have never attacked any of our neighbors.”

Then Minister of Foreign Affairs H.E. Dr. Mohammad Javad Zarif’s message was delivered by the Director-General of Peace and International Security Department of MFA Dr. Reza Najafi. Quoting Dr. Zarif, he said peace is a sacred terminology that human beings have always sought it and it is being considered as a universal ideal. “The reality is that peace does not mean the absence of war, rather peace means justice, equality, and security,” Najafi quoted FM Zarif.

The third speaker of the conference was UNIC Director Dr. Maria Dotsenko who delivered the United Nations Secretary-General’s message on the International Day of Peace. She said peace means resilient, stable societies where everyone can enjoy fundamental freedoms and thrive rather than struggle to meet basic needs.

Mayor of Tehran Dr. Pirouz Hanachi after reading some poems from Eskandar Nameh book on peace said war is not a matter of pride and no war has brought development. However, wars have happened during history and there have been people who worked for peace against the warmongers.

Head of UNESCO National Commission Dr. Hojjatollah Ayyoubi referred to Iranian people’s love for peace during the course of history and said we are happy that we celebrate International Day of Peace more magnificent.

In addition to the government and civil society officials, more than 600 people, including youngsters and children have attended this ceremony, which ended with the concert of traditional Iranian music, where kids and other artists recited poetry about peace and friendship.