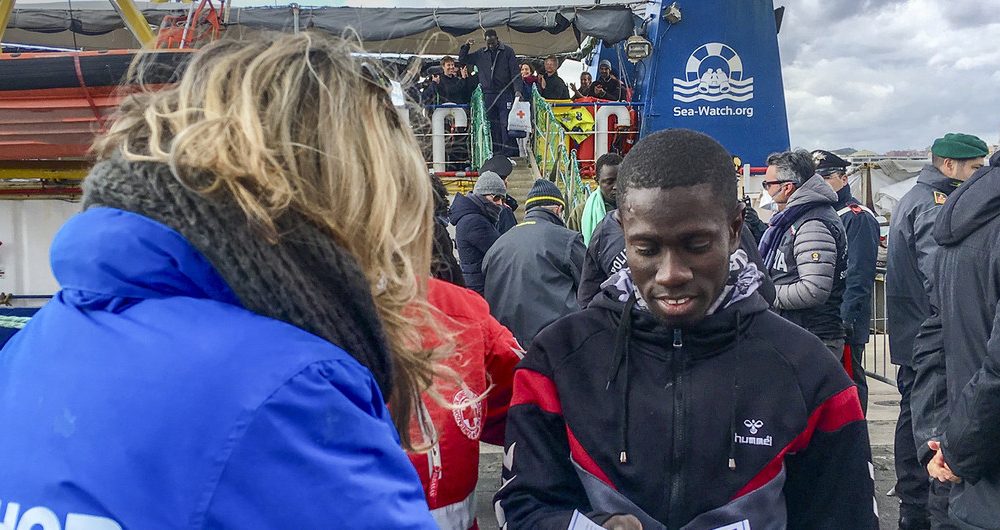 A move by Italian lawmakers to impose fines of up to €1 million on vessels and organizations carrying out search and rescue operations off the country’s coastline sparked a new warning on Tuesday from the UN that the measure risks deterring future lifesaving efforts in the Mediterranean.

“Under changes approved by Parliament, fines for private vessels that undertake the rescue of people and do not respect the ban on entry into territorial waters, have risen to a maximum of €1 million,” he said. “In addition, vessels will now be automatically impounded.”

So far this year, nearly 4,000 people have made the treacherous crossing to Europe via the so-called Central Mediterranean Route from North Africa to Italy, Mr. Yaxley said – nearly 80 percent less than in the first seven months of last year.

The UNHCR warning coincided with a report that around 20 people are believed to have died in recent days after making the same journey by boat.

The alert was raised late on Monday evening by around 50 survivors who reached the Italian island of Lampedusa, according to the UN Migration Agency (IOM).

“There were 49 migrants who arrived in Lampedusa by sea late Monday,” spokesperson Joel Millman told journalists, noting that there are few details about the tragedy. “They apparently were not escorted by any official authority or any kind of rescue NGO vessel. We understand 46 of the 49 came from Côte d’Ivoire, that survivors reported that 20 people were on board with them when they left the coast of Africa, have perished.”

On Tuesday, IOM also reported that “several tragedies” had occurred in the Mediterranean area in recent days. In one incident alone, an estimated 150 people died in a shipwreck off the Libyan coast near Al Khums, on 25 July. Fishermen rescued more than 130 survivors who were then returned to shore by the Libyan Coast Guard, Mr. Millman said.

Amid ongoing clashes in and around the outskirts of Tripoli, instigated by the self-styled Libyan National Army forces of General Khalifa Haftar, head of a parallel administration in the eastern city of Benghazi, UNHCR insisted that no rescue vessel should be ordered to hand over survivors to the Libyan authorities.

“The extremely volatile security situation, ongoing conflict, widespread reports of human rights violations and routine use of arbitrary detention underline the fact that it is not a viable place of safety,” Mr. Yaxley said, before highlighting the key role played by non-governmental organizations (NGOs) in saving lives at sea.

“NGOs play an invaluable role in saving the lives of refugees and migrants attempting the dangerous sea crossing to Europe,” he said. “Their commitment and humanity should not be criminalized or stigmatized.”