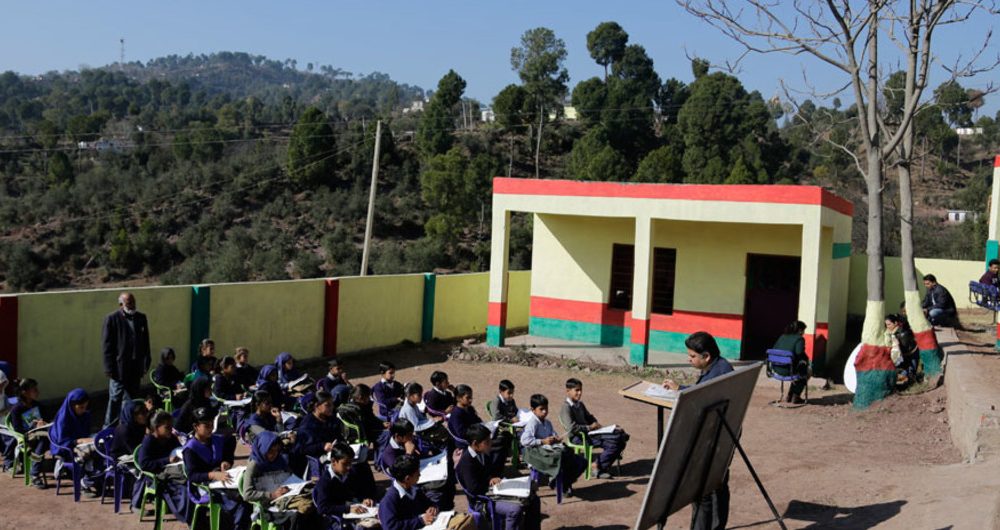 Guterres appeals for ‘maximum restraint’ over Jammu and Kashmir, as tensions rise

The UN Secretary-General António Guterres appealed for ‘maximum restraint’ over the territory of Jammu and Kashmir on Thursday, which has been disputed by India and Pakistan, since the end of British rule in the late 1940s.

The BJP party-led Indian Government announced on Monday that it was revoking the special status of the area of Kashmir that it administers, putting the region under tighter central Government control. Pakistan argues that the removal of the territory’s special status, which has a majority-Muslim population, violates international law, according to news reports.

The UN has long maintained an institutional presence in the contested area between India and Pakistan. According to the Security Council mandate given in resolution 307 of 1971, the UN Military Observer Group in India and Pakistan (UNMOGIP) observes and reports on ceasefire violations along and across the Line of Control and the working boundary between the South Asian neighbours in Jammu and Kashmir, as well as reports developments that could lead to ceasefire violations.

Mr. Guterres said in a statement issued by his Spokesperson, that he had been following the situation in Jammu and Kashmir, “with concern”, adding “the position of the United Nations on this region is governed by the Charter of the United Nations and applicable Security Council resolutions.”

“The Secretary-General also recalls the 1972 Agreement on bilateral relations between India and Pakistan, also known as the Simla Agreement”, the statement continued, “which states that the final status of Jammu and Kashmir is to be settled by peaceful means”, in accordance with the UN Charter.

The UN chief said he was “concerned over reports of restrictions on the Indian-side of Kashmir, which could exacerbate the human rights situation in the region”, and called on “all parties to refrain from taking steps that could affect the status of Jammu and Kashmir.”

India and Pakistan both administer parts of Kashmir, but claim the territory in its entirety. They have fought several wars over the region since the partition of India in 1947, and this February, a terrorist attack which resulted in the deaths of 40 Indian security personnel took place in the Pulwama district of Jammu and Kashmir, the worst attack against Indian forces in decades. A Pakistani-based militant group later claimed responsibility, leading to a retaliatory airstrike by the Indian armed forces.

On Thursday, Pakistan reportedly announced that it would halt trade with India and expel the country’s top diplomat in Islamabad.