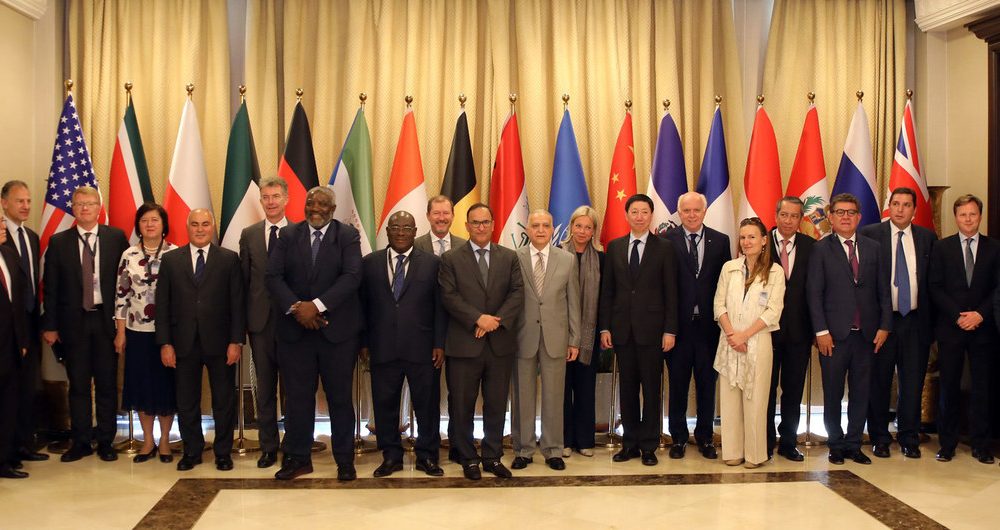 The Security Council has concluded a first-ever visit to Iraq on Saturday, five years on from the proclamation, by the ISIL terrorist group, of a “caliphate” in the country. The visit, which also took in a trip to Kuwait, saw the members meet senior government, UN and humanitarian officials to discuss the development of Iraq, the humanitarian situation, and the ongoing security challenges faced by the Government.

Council members noted that the visit underscored their support for Iraq’s continued post-conflict recovery, and reconciliation efforts to meet the needs of all Iraqis, and emphasized the importance of the sovereignty and security of Iraq. They also addressed the importance of funding the recovery, in meetings with World Bank representative Ghassan Khoja, which covered the effective follow-up of international pledges, including those made at the 2018 Kuwait International Conference for the Reconstruction of Iraq.

Recent political developments in Iraq, including progress towards the full formation of the Government, were welcomed by the Security Council members, who recognized the importance of an administration that upholds the values of the country’s constitution, responding to the needs of all Iraqis, including women, youth, children, displaced persons, and persons belonging to all ethnic and religious groups.

The engagement of the national Government in resolving outstanding issues with the Kurdish Regional Government, was also singled out for praise by the members, and the issue of corruption was raised, particularly efforts towards implementing the 2018-2022 National Government program, which includes addressing corruption, and strengthening viable state institutions.

The humanitarian situation, including the delivery of basic services, remains challenging in Iraq, and the members underscored the importance of all persons internally displaced by conflict, including in areas liberated from ISIL. The need for economic reform, investment, and regional economic integration to better address the aspirations and concerns of the Iraqi people, was also noted.

Support for the UN Assistance Mission for IRAQ (UNAMI) mandate to support and assist the Government of Iraq to promote inclusive political dialogue; national, regional and community-level reconciliation and cooperation; and security and justice reform, was reaffirmed by the Security Council representatives. They also commended the Government of Iraq’s efforts, in association with local and regional authorities, to counter terrorism and encouraged them to further their coordination.

A UN investigative team set up to hold ISIL accountable for war crimes, crimes against humanity, and genocide, must remain independent and impartial, ensure its Iraqi members benefit from international expertise on the team, and make every effort to share knowledge and technical assistance with Iraq, the members insisted.

They added that the team, UNITAD – the UN Investigative Team to Promote Accountability for Crimes Committed by Da’esh/ISIL – must operate with full respect for the sovereignty of Iraq and its jurisdiction over crimes committed in its territory.