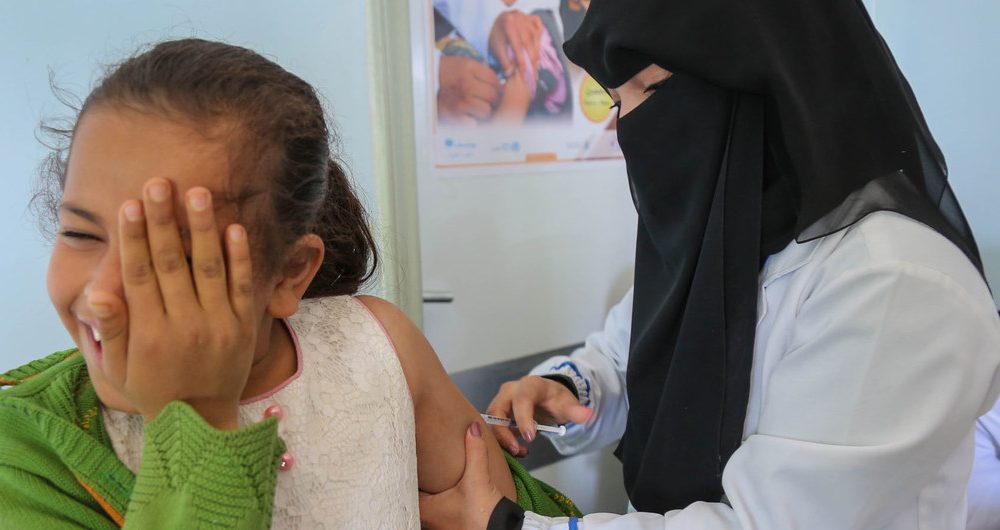 Amid a surge in outbreaks of vaccine-preventable diseases such as measles, the United Nations Children’s Fund (UNICEF) announced on Thursday a new social media campaign, emphasizing that “vaccines are safe, and they save lives”.

To inspire confidence in the power and safety of vaccines, UNICEF is using the hashtag #VaccinesWork for the global campaign, centred around World Immunization Week, which runs from 24 to 30 April.

“We want the awareness that #VaccinesWork, to go viral,” said Robin Nandy, UNICEF’s Chief of Immunization. “This campaign is an opportunity to show the world that social media can be a powerful force for change and provide parents with trustworthy information on vaccines.”

The campaign is part of a global, week-long celebration under the theme, Protected Together: Vaccines Work, to honour so-called Vaccine Heroes – from parents and community members, to health workers and innovators.

#VaccinesWork has long been used to bring together immunization advocates online.

This year, UNICEF is partnering with the Bill & Melinda Gates Foundation, the World Health Organization (WHO), and the Vaccine Alliance, a public-private partnership known as Gavi, to encourage even greater reach.

For every like or share in April of social media posts with the hashtag #VaccinesWork, the Gates Foundation will contribute a dollar to UNICEF – up to $1M in total – to ensure that all children get the life-saving vaccines they need.

“More children than ever before are being reached with vaccines today,” said the Foundation’s Violaine Mitchell. She lauded UNICEF and international partners that are “working tirelessly to ensure all children, especially those in the world’s poorest countries, can be protected from life-threatening infectious diseases.”

UNICEF Goodwill Ambassador Amitabh Bachchan credited the “millions of frontline health workers” who travel “vast distances on foot, over water, through snow, even on carts to deliver life-saving vaccines”.

“We can also do our part to combat myths and let everyone know #VaccinesWork”, she stated.

Vaccines save up to three million lives a year, according to UN figures, by protecting children from potentially deadly, highly infectious diseases, including measles, pneumonia, cholera and diphtheria.

Moreover, they are one of the most cost-effective health tools ever invented, with every $1 spent on childhood immunization returning up to $44 in benefits.

And yet, in 2017 an estimated 1.5 million children died of vaccine-preventable diseases, said the United Nations. While often due to lack of access, there is a trend in some countries in which families, skeptical of vaccines, are delaying or refusing to vaccinate their children.

This has resulted in several outbreaks, including an alarming measles surge in high-income countries that is being driven on digital and social media platforms.

That is why the centerpiece of UNICEF’s campaign is a 60-second animated film called Dangers, based on the premise that “kids, by their very nature, are little daredevils who constantly put themselves in danger”. The video explains that while parents can’t eliminate all risk, they can vaccinate to “prevent the dangers that get into their kids”.

“Today nine in ten children receive immunizations, but we cannot leave anyone behind”, said UNICEF Goodwill Ambassador and Grammy award-winner Angélique Kidjo. “We must reach every child with life-saving vaccines”.