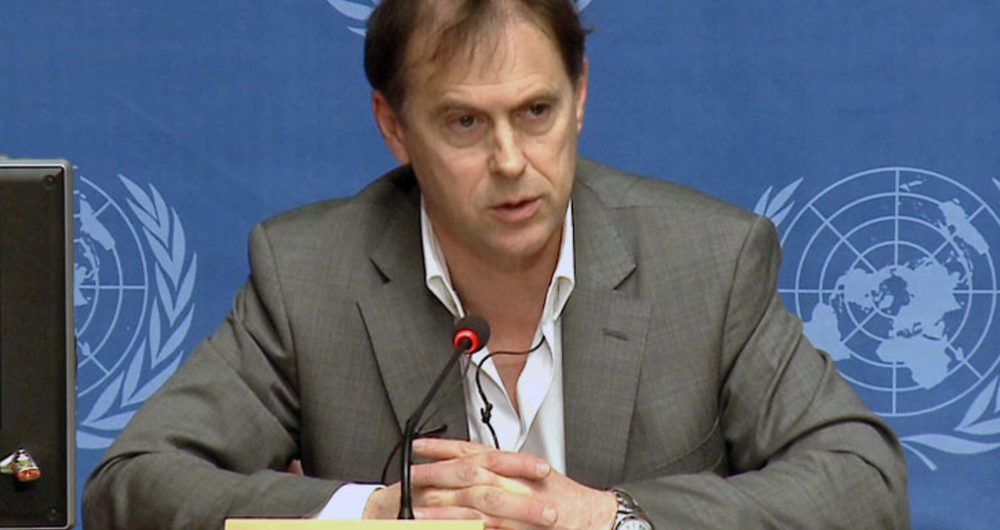 Fifteen death row inmates have been executed in Egypt so far this month despite claims from many that they were tortured to secure a confession, the UN human rights office, OHCHR, said on Friday.

According to OHCHR, nine people were executed on Wednesday and six others were subjected to the death penalty earlier in the month.

The sentences were handed down after the killing of Egypt’s top prosecutor, Hisham Barakat, as well as police General Nabil Farrag and the son of a judge.

“They are all killings for which the death penalty is permissible under international law although we urge, as you know, our common position at the UN is to advocate the abolition of the death penalty,” said OHCHR spokesperson Rupert Colville. “But the issue here is fair trial, use of torture, forced confessions and so on.”

A number of other individuals are on death row “and at imminent risk of execution” after being convicted despite similar torture allegations, Mr. Colville said.

In an appeal to the Egyptian authorities to halt all executions, he insisted that where capital punishment was still permitted, trials “must meet the highest standards of fairness and due process” to prevent miscarriages of justice.

“Over the past few years, there has been a succession of cases of individuals being convicted in similar circumstances in Egypt amid disturbing reports of a lack of due legal proceedings,” he told journalists in Geneva.

On 20 February, nine individuals were executed for their involvement in the 2015 killing of Egypt’s General Prosecutor, Hisham Barakat, according to OHCHR.

“During the trial, detailed accounts of the torture allegedly used to obtain confessions, were apparently ignored by the courts without due consideration,” Mr. Colville said.

On 13 February, three other individuals were hanged after being convicted of the 2013 killing a police officer, General Nabil Farrag, according to the UN human rights office.

A week earlier, on 7 February, three men were executed in connection with the murder of the son of a judge in 2014.

“All of them had claimed before the courts that they had been disappeared, or detained incommunicado for prolonged periods, and were subjected to torture in order to make them confess to the crimes,” Mr. Colville explained.

The allegations follow a UN Committee Against Torture probe which concluded in June 2017 that torture is “practised systematically” in Egypt, he added.

The development echoes a similar OHCHR appeal to Cairo in January 2018 after it claimed that 20 people had been executed in a single week.