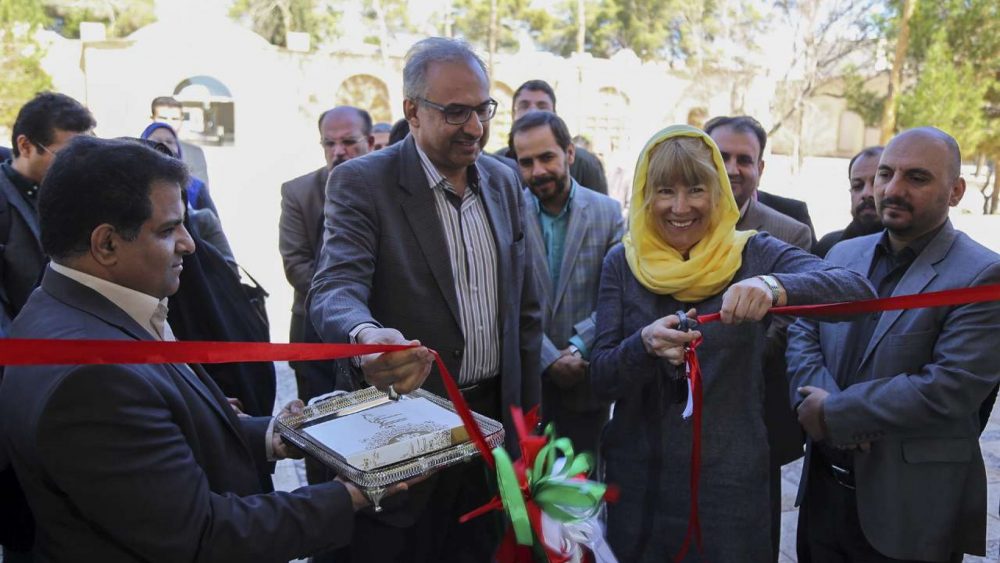 An Exhibition of Historical Photos and Documents on UN-Iran Partnership was inaugurated by UNIC Director, Dr. Maria Dotsenko and Deputy Governor of the Kerman Province, Dr. Mohammad Sadeq Basir at the Industrial Museum of Kerman City, the capital of the Kerman Province on 18 February 2019.

Addressing the participants, Dr Dotsenko thanked IRNA, Ministry of Foreign Affair’s Center for Documents and History of Diplomacy, UN archives and Institute for Iranian Contemporary Historical Studies for providing these photos and documents.  She also thanked the provincial authorities for their support.

The exhibition was organized in Kerman by IRNA News Agency in the framework of the cooperation between UNIC and IRNA with the support from the Provincial authorities.

“These photos and documents SHOW that Iran has been always active in foreign affairs and invested efforts to promote international peace, security and multilateralism. Iran was among 51 UN founding Member States in 1945 and is actively engaged today in strengthening the UN”, she said.

UNIC Director pointed out that the visitors would see many historical moments that are captured on photos and documents such as Dr Mustafa Adl, Head of Iranian Delegation signing the UN Charter on June 26, 1945, Ambassador Nasrollah Entezan of Iran unanimously elected as the President of the 5th session of the UN General Assembly, documents and photos related to the various activities of UN where Iran played and keeps playing an important role.

“Today some 18 UN specialized agencies, funds and programmes are working in the Islamic Republic of Iran on the invitation of the Iranian government in close cooperation with our national partners for the benefit of Iranian people”, she said adding that so far seven of the UN Secretaries-General have visited Iran whose pictures are on display at this exhibition. These and some other photos were provided by IRNA.

Dr Dotsenko highlighted appreciation of fruitful cooperation between UNIC and IRNA and support of Provincial authorities.

he exhibition was already shown in Shiraz, Bushehr, Khorramabad, Arak, Zahedan, Sanandaj, Yazd, Tabriz and Kermanshah in the framework of this UNIC-IRNA partnership project.

A large number of people from all walks of life as well as local government officials and academicians visited the Exhibition of Historical Photos and Documents on UN-Iran Partnership in Kerman. UN informational materials in Persian language were distributed to the exhibition visitors.

While in Kerman, UNIC Director together with Head of UNHCR Sub Office in Kerman Saleh Sobooh met with Director General of Bureau of Aliens and Foreign Immigrants Affairs of the Kerman Province Hamid Shamsuddini.