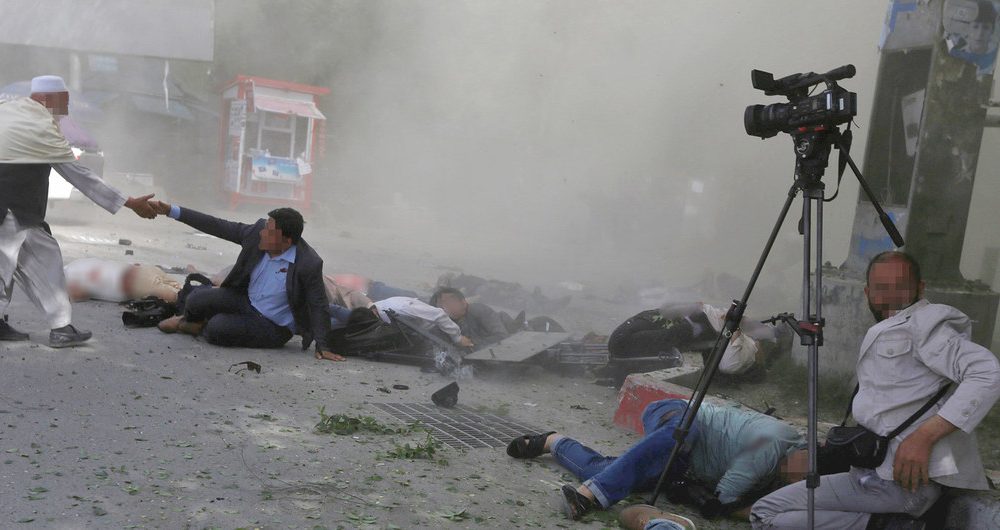 With over 3,800 civilian women, children and men killed in just one year, Afghanistan has hit yet another “deeply disturbing and wholly unacceptable” record, according to a new report issued on Sunday by the UN political mission in the country (UNAMA) and the UN human rights office (OHCHR).

Fighting and brutal violence claimed exactly 3,804 civilian lives in 2018 – including 927 children, another tragic record for the year – according to data carefully collected by the UN.  The number represents an increase of 11 per cent compared to 2017.

Overall, close to two thirds of the civilian casualties were caused by armed opposition groups, including the Taliban, Islamic State and other undetermined groups. However, civilians were also collateral victims of pro-Government forces (including the Afghan military and international forces) responsible for close to one quarter of all civilian casualties.

According to the report, the increase is largely due to a spike in suicide attacks by armed opposition groups, as well as increased harm to civilians from aerial and search operations by pro-Government forces.

“The report’s rigorously researched findings show that the level of harm and suffering inflicted on civilians in Afghanistan is deeply disturbing and wholly unacceptable,” said Tadamichi Yamamoto, the UN’s Special Representative for Afghanistan. “All parties need to take immediate and additional concrete steps to stop a further escalation in the number of civilians harmed and lives destroyed.”

The report is the UN’s tenth annual report documenting the plight of civilians in the Afghan conflict: in a decade, more than 32,000 civilians have been killed and around 60,000 have been injured.

The conflict, which has now gone on for a total of four decades, has claimed thousands and thousands more lives.

“It is time to put an end to this human misery and tragedy. The best way to halt the killings and maiming of civilians is to stop the fighting. That is why there is all the more need now to use all our efforts to bring about peace. I urge all parties to seize every opportunity to do so,” stated Mr. Yamamoto, who also heads UNAMA. 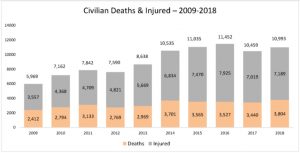 Election-related violence was particularly deadly for civilians in 2018, including on 20 October – polling day – when UNAMA recorded the highest number of civilian casualties in any single day for the whole year.

“The conflict in Afghanistan continues to kill far too many civilians and has caused long-lasting suffering, both physical and psychological, to countless others,” said the UN High Commissioner for Human Rights, Michelle Bachelet.

“The fact that the number of children killed this year is the highest on record, is particularly shocking. In addition to the lives lost, the dire security situation is preventing many Afghans from enjoying their economic, social and cultural rights, with thousands of children already handicapped for life because of attacks on schools and medical facilities,” she added, calling on all parties to the conflict to fully respect international humanitarian and international human rights law to protect the lives of all civilians.