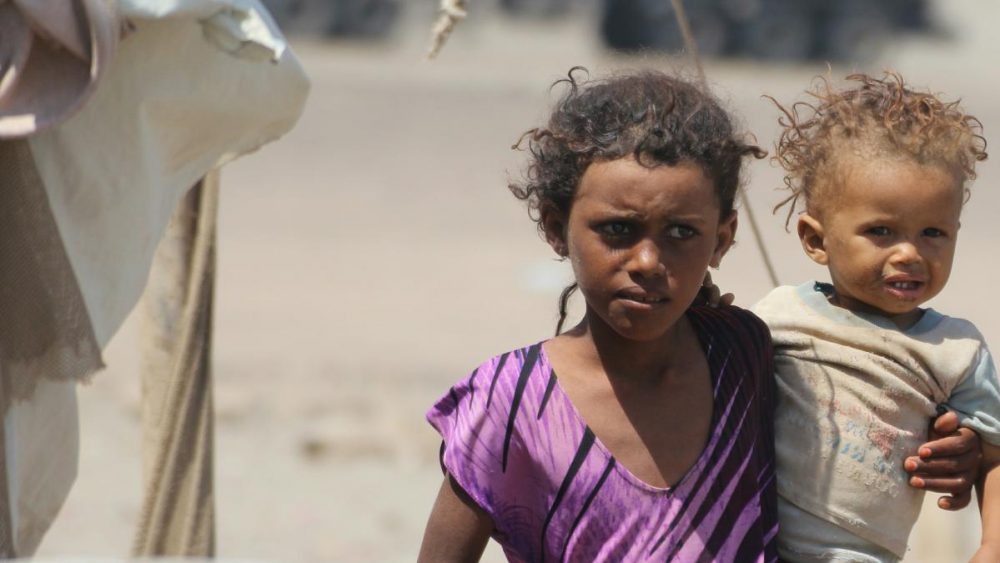 One in ten children forced from their homes in Yemen

At least one in ten children across Yemen (1.5 million) have been forced from their homes because of the four-year-long brutal war, exposing them to serious risks including hunger, disease and violence, warns Save the Children.

More than half a million children have been displaced by the fighting in Hodeidah governorate in just the past six months, according to the UN. That’s an average of more than 2,000 children every single day since June last year. And that’s only from Hodeidah, which has seen some of the worst fighting in Yemen.

Civilians fleeing violence face life-threatening risks the moment they embark on their journeys. The most immediate danger is death or injury due to explosive weapons which have been used indiscriminately by all parties to the conflict with little regard for their legal obligation to protect civilians in conflict.

On August 23rd last year, 22 children and four women were reportedly killed when an airstrike hit their vehicle as they were trying to flee the fighting in Hodeidah. More recently, at least eight civilians were killed in a centre for displaced families in Hajjah, apparently due to shrapnel from shelling nearby. Monitoring group ACLED recorded at least 25 attacks against internally displaced people in just the second half of 2018.

If displaced families manage to survive their dangerous journeys and avoid airstrikes and shelling to reach relative safety, they face further difficulties in strained host communities or in camps lacking in adequate food supplies and basic sanitation and hygiene. This puts young children at risk of malnutrition and disease in a country where the health system has all but collapsed and some 14 million people are on the brink of starvation. Save the Children estimates 85,000 children have already died from extreme hunger since 2015.