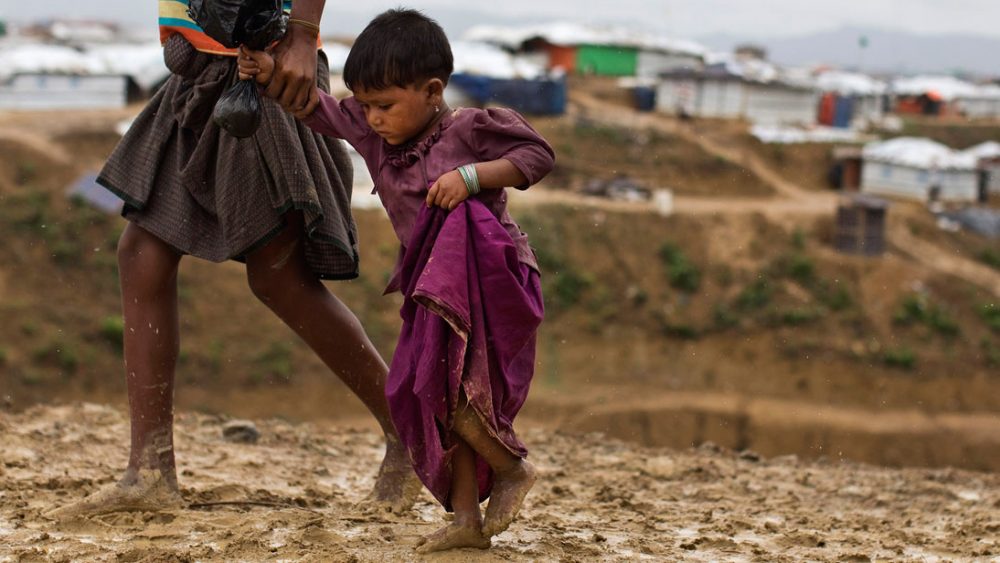 Governments are being pressed by the United Nations Children’s Fund (UNICEF) to act now to safeguard younger generations from the immediate and long-term impacts of so-called “extreme weather events.”

The devastating floods in southern India, wildfires ravaging the western United States and the record-breaking heatwaves baking countries across much of the northern hemisphere, are putting children in immediate danger while also jeopardizing their future, the agency said in a press release issued on Friday.

“In any crisis, children are among the most vulnerable, and the extreme weather events we are seeing around the world are no exception,” said Ted Chaiban, UNICEF Director of Programmes.

“Over the past few months, we have seen a stark vision of the world we are creating for future generations. As more extreme weather events increase the number of emergencies and humanitarian crises, it is children who will pay the highest price.”

These extreme weather events during June and July, caused injury, death, environmental damage and other losses.

UNICEF stated that although individual weather events cannot specifically be attributed to climate change, their increasing frequency and severity correspond with predictions of how human activities are affecting the global climate.

These conditions have numerous impacts on children. For example, they contribute to the increased spread of “childhood killers” such as malnutrition, malaria and diarrhoea, UNICEF explained.

Heatwaves put children at risk, with infants and younger children more likely to die or suffer from heatstroke, while floods threaten their survival and development through causing injuries or death by drowning, or compromising water supply and damaging sanitation facilities. Meanwhile, poor families are particularly affected by drought, which can lead to crop failure, livestock deaths and loss of income.

“As the world experiences a steady rise in climate-driven extreme weather events, it is children’s lives and futures that will be the most disrupted,” Mr. Chaiban continued. “Therefore, it’s vital that Governments and the international community take concrete steps to safeguard children’s future and their rights. The worst impacts of climate change are not inevitable, but the time for action is now.”

UNICEF has proposed an “agenda for action on climate change.” It calls for strengthening health systems to respond to a changing climate and more extreme weather events.

Other measures include increasing investment in climate resilient agricultural, water and sanitation services; educating children and young people about the issue of climate change, and reflecting their needs in national strategies and action plans.