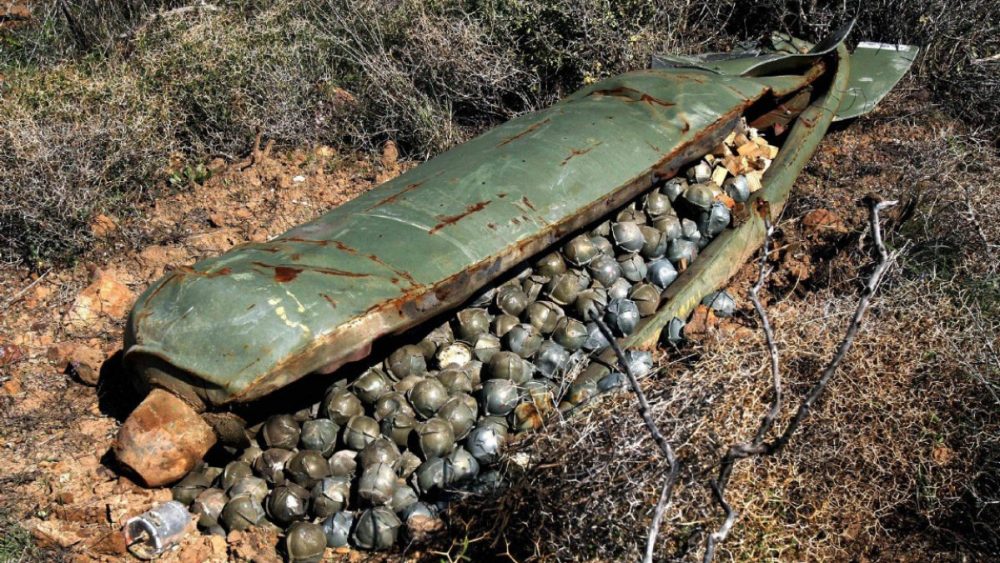 Though 2017 saw a sharp decline in casualties as a result of the use of cluster munitions compared to the previous year, two conflicts – in Syria and Yemen – accounted for the vast majority of the victims, a new United Nations-backed civil society report has found.

According to the 2018 Cluster Munition Monitor report, released Thursday at the UN Office at Geneva, civilians accounted for 99 per cent of all casualties recorded in 2017.

This figure is “consistent with statistics on cluster munition casualties for all time, and due to the indiscriminate and inhumane nature of the weapon,” said the Cluster Munition Coalition, the organization authoring the report.

In 2017, a total of 289 new cluster munition casualties were recorded. Syria (187) and Yemen (54) saw the highest numbers, other countries and regions recording casualties include Cambodia, Iraq, Lao People’s Democratic Republic, Lebanon, Serbia, and Viet Nam, as well as Nagorno-Karabakh and Western Sahara.

The previous year, 2016, also saw Syria recording the highest number of cluster. That year, the overall total was 971.

Cluster munitions have been used in Syria by Syrian Government forces with Russia’s support, and in Yemen, by a Saudi Arabia-led coalition, noted the report.

In addition, it noted that the Cluster Munition Monitor could not conclusively confirm allegations of new cluster munition use in Egypt and Libya.

“There was a significant drop in the number of reported cluster munition attacks in Syria and Yemen, but many attacks likely went unrecorded,” it added.

Cluster munitions are air-dropped or ground-launched explosives weapons that release or eject smaller submunitions, designed to kill personnel or destroy vehicles. However, the indiscriminate nature of the dispersal and the large numbers of submunitions that fail to explode as intended often result in large numbers of civilian casualties.

In order to protect civilians and limit the use of such weapons, an international conference held in Dublin in 2008 adopted the Convention on Cluster Munitions, prohibiting all use, stockpiling, production and transfer of those weapons.

Since then, a total of 120 countries have signed or acceded to the Convention, of which 103 are States Parties legally bound by all of the Convention’s provisions.