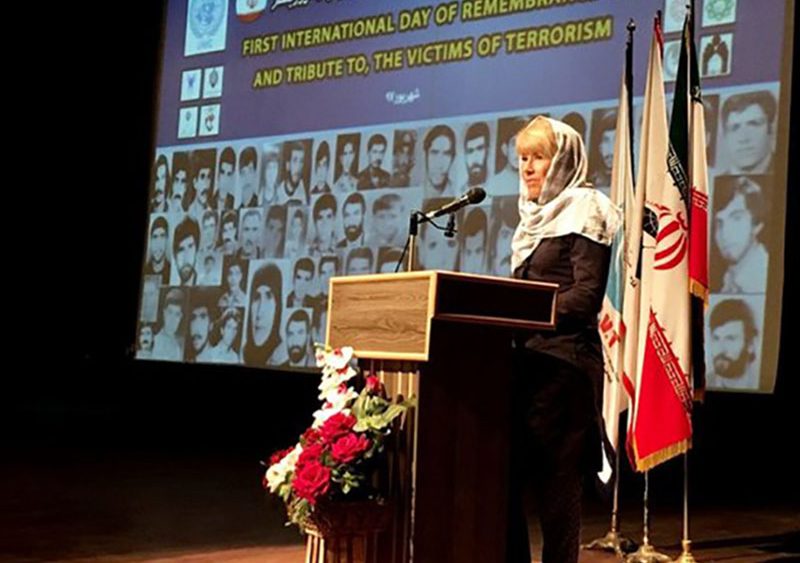 UNIC Director Maria Dotsenko delivered a speech and read the UN SG’s message on the First International Day of Remembrance and Tribute to Victims of Terrorism, during a conference held at the Conference Hall of the Islamic Propagation Organization (IPO) in Gorgan, the Capital of Golestan Province attended by some 500 participants, including government authorities, families of victims of terrorism, youth, civil society and media, on Sunday 26 August 2018.

In her speech Dotsenko said the primary responsibility to support victims of terrorism and uphold their rights rests with Member States.

She said the UN has an important role in supporting Member States to implement Pillar I and IV of the UN Global Counter-Terrorism Strategy through standing in solidarity and providing support to victims, capacity building assistance, establishing networks of, and offering support to, civil society organizations, particularly victims of terrorism associations, and encouraging Member States to promote, protect and respect the rights of victims.

“The UN has been working to provide resources, mobilize the international community and better address the needs of victims of terrorism,” she said.

Dotsenko pointed out that victims of terrorism continue to struggle to have their voices heard, have their needs supported and their rights upheld.

She added that victims often feel forgotten and neglected once the immediate aftermath of a terrorist attack fades, which can have profound consequences for them.

“Few Members States have the resources or the capacity to fulfill the medium and long-term needs required for victims to fully recover, rehabilitate and integrate back into society,” she said adding that victims can only recover and cope with their trauma through long-term multi-dimensional support, including physical, psychological, social and financial, in order to heal and live with dignity.

Also, Dr Hossein Gharibi,Assistant Foreign Minister, Governor of the Golestan Province Seyyed Manaf Hashemi and Representative of the Supreme Leader in Gorgan Ayatollah Seyyed Kazem Normofidi were the keynote speakers of the event.

Ms Kolsoum Ghafari, Director-General for Women Affairs in Golestan Province was proud to share successes in the area of women empowerment. She organized a visit for the conference participants to the exhibition of the goods, hand-made by women and vulnerable groups (people with disabilities) of the Province.  The conference was widely covered by the Iranian media.