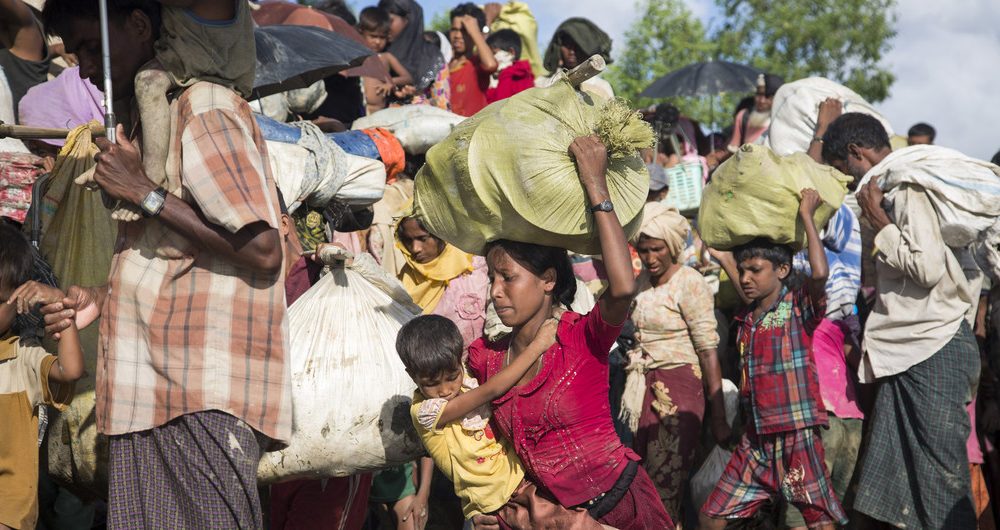 Top military commanders in Myanmar should be investigated and prosecuted for the “gravest” crimes against civilians under international law, including genocide, United Nations-appointed investigators said on Monday.

The development follows the release of a report into the circumstances surrounding the mass exodus of more than 700,000 Rohingya people from Myanmar, beginning in mid-August last year – events previously described by the UN High Commissioner for Human Rights as a “textbook example of ethnic cleansing”.

The crimes committed include murder, rape, torture, sexual slavery, persecution and enslavement, according to the Independent International Fact-Finding Mission on Myanmar.

Speaking to journalists in Geneva, the investigators – Marzuki Darusman, Radhika Coomaraswamy and Christopher Sidoti – underlined the horrific and organized nature of the brutality meted out on civilians in Myanmar’s Rakhine state since 2011, as well as Kachin and Shan states.

“The fact-finding Mission has concluded, on reasonable grounds, that the patterns of gross human rights violations and serious violations of international humanitarian law that it is found, amount to the gravest crime under international law,” Mr. Sidoti said.

“These have principally been committed by the military, the Tatmadaw,” he added, referring to Myanmar’s armed forces. “The Mission has concluded that criminal investigation and prosecution is warranted, focusing on the top Tatmadaw generals, in relation to the three categories of crimes under international law; genocide, crimes against humanity and war crimes.”

Included in the list of alleged perpetrators are Commander-in-Chief Senior-General Min Aung Hlaing and five other commanders.

“In Myanmar, there is a very clear chain of command,” Mr. Sidot explained, and added: “There is no doubt in our minds whatsoever that what we saw happen in Rakhine as a whole, would not have happened without it, firstly, being within the knowledge of the senior military leadership and secondly, under their effective control. And it’s because of the clarity of the chain of command in Myanmar that we have recommended the investigation and prosecution of these six.”

Of well over 800 testimonies gathered, one in particular highlighted the extent of the abuse, that of a survivor who fled to neighbouring Bangladesh. “I was lucky, I was only raped by three men,” she is quoted as saying.

Such was the extent of the horrific violations that Ms. Coomaraswamy – a former UN Special Representative for Children and Armed Conflict – said she was shocked by what she had found.

“The scale, brutality, and systematic nature of rape and violence indicate that they are part of a deliberate strategy to intimidate, terrorize, or punish the civilian population,” she said. “They’re used as a tactic of war that we found include rape, gang rape, sexual slavery, forced nudity and mutilations.”

Before the fact-finding Mission delivers its findings to the Geneva-based UN Human Rights Council in September, Chairperson Marzuki Darusman highlighted that one of the panel’s key recommendations required the attention of the UN Security Council: