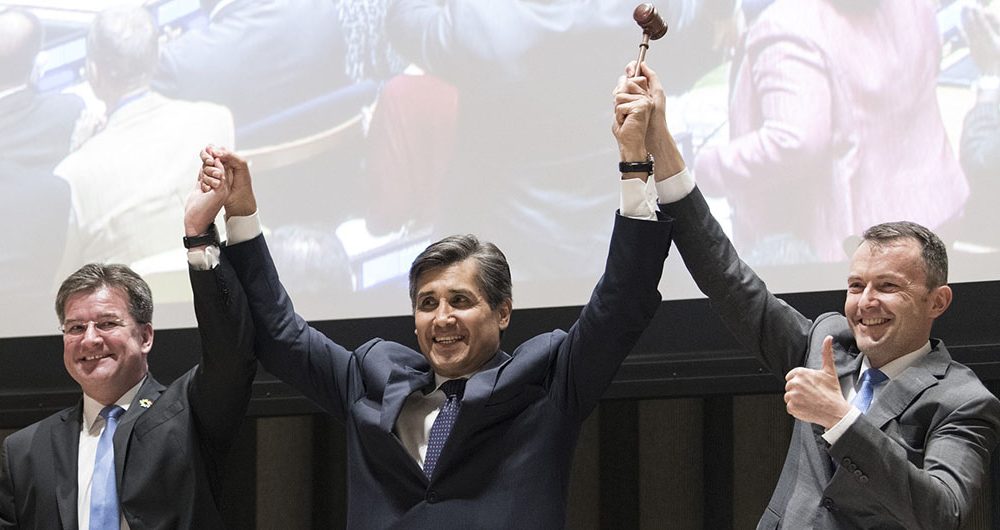 After more than a year of discussions and consultations among Member States, local officials, civil society and migrants themselves, the text of the Global Compact for Safe, Orderly and Regular Migration was finalized on Friday.

In a statement, Secretary-General António Guterres welcomed the agreement, calling it “a significant achievement.” He said it reflected “the shared understanding by Governments that cross-border migration is, by its very nature, an international phenomenon and that effective management of this global reality requires international cooperation to enhance its positive impact for all. It also recognizes that every individual has the right to safety, dignity and protection.”

“This comprehensive framework comprises a range of objectives, actions and avenues for implementation, follow-up and review,” added the UN chief, “all aimed at facilitating safe, orderly and regular migration, while reducing the incidence and impact of irregular migration.”

“It does not encourage migration, nor does it aim to stop it. It is not legally binding. It does not dictate. It will not impose. And it fully respects the sovereignty of States,” he stressed.

Instead, he continued: “It can guide us from a reactive to a proactive mode. It can help us to draw out the benefits of migration, and mitigate the risks. It can provide a new platform for cooperation. And it can be a resource, in finding the right balance between the rights of people and the sovereignty of States.”

“And, in December,” Mr. Lajčák added “it will formally become the first comprehensive framework on migration the world has ever seen.”

Also taking the floor, Deputy Secretary-General Amina J. Mohammed, drew attention to the profound issues that migration raises, such as sovereignty and human rights; around what constitutes voluntary movement; the relationship between development and mobility; and how to support social cohesion.

“This compact demonstrates the potential of multilateralism: our ability to come together on issues that demand global collaboration – however complicated and contentious they may be,” she pointed out.

Louise Arbour, Special Representative for International Migration, asserted that as human mobility will always be with us, “its chaotic, dangerous exploitative aspects cannot be allowed to become a new normal.”

“The implementation of the Compact will bring safety, order and economic progress to everyone’s benefit,” she underscored.

The agreement will be formally adopted by Member States at an Intergovernmental Conference, which will be held in Marrakesh, Morocco, on 10 and 11 December. Ms. Arbour will serve as the Conference’s Secretary-General.

“This is not the end of the undertaking but the beginning of a new historic effort to shape the global agenda on migration for decades to come,” Director General of the UN migration agency, IOM, William Lacy Swing said on Friday.

“Throughout the process, UN Member States have clearly recognized that migration is always about people. The migrant-centred approach adopted with the commendable guidance of co-facilitators from Mexico and Switzerland, and of the Special Representative to the Secretary General on International Migration, is unprecedented,” added the IOM chief.