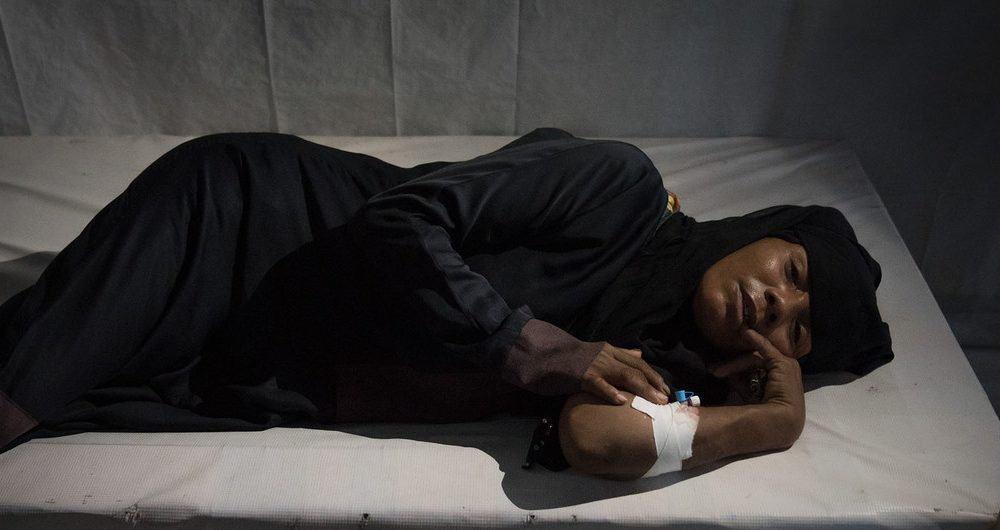 Even before the escalation of conflict in Hudaydah, conditions in Yemen’s port city were some of “the most dire in the country,” according to the United Nations health agency on Tuesday.

The World Health Organization (WHO) said that Hudaydah had registered the highest incidences of suspected cholera cases of any city; around 14 per cent of those reported nationwide since the start of the crippling epidemic, in April 2017.

In addition to that highly infectious disease, there have been 209 suspected cases of diphtheria and 252 of measles.

“The intensification of fighting in Hudaydah endangered not only those directly affected but also the 70 per cent of the population who depended on vital supplies, including health-care supplies, that flowed through Hudaydah port, WHO’s Tarik Jašarević told journalists in Geneva on Tuesday.

“The port constituted a lifeline not only for the city but for all the northern governorates,” he added.

Although fighting has decreased and the port remains operational, from 13 June to 7 July a total of 328 injured and 46 deaths were recorded there, according to local health facilities.

Already plagued with one of the highest malnutrition rates in the country, at just over 25 per cent, Mr. Jašarević said that “the current surge in fighting will likely further exacerbate the situation.”

The port remains open and the city has seven fully-functioning therapeutic feeding centers, with seven others in neighbouring governorates, he updated.

For now, the port remains open and Hudaydah can be reached through a narrow passage with many checkpoints, but no blockade, he said.

The WHO spokesperson said its main pillar of operation are trauma care, cholera, malnutrition, and continuity of care.

Speaking for the International Organization for Migration (IOM), Joel Millman told journalists in Geneva that agency had received a “generous contribution from Kuwait of $10 million, earmarked for humanitarian assistance in Yemen.”

He added that IOM’s overall request for Yemen was $96.2 million, while the appeal for the entire humanitarian community’s Humanitarian Response Plan, was for nearly $3 billion.

Turning to the humanitarian situation on the ground, Mr. Millman said that as the war enters its third year, half the country’s population is living in areas directly affected by the conflict, and more than two thirds of the population – would require humanitarian aid during 2018.

“The protracted nature of the displacement is straining IDPs and host communities’ abilities to cope,” he said.

A further one million IDPs had returned to their areas of origin but remained in dire need of aid. IOM called on all parties in the conflict “to respect international humanitarian law and not to target any civilians, including migrants.”