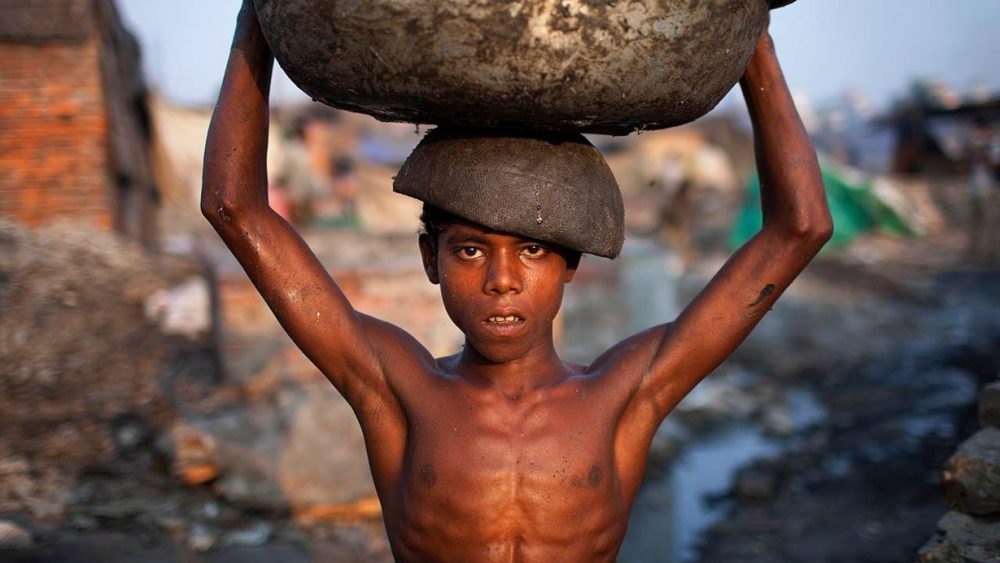 No child under the age of 18 should be toiling in mines, fields, factories and homes, carrying heavy loads or working long hours, the head of the UN labour agency said on Tuesday, marking World Day against Child Labour.

“Many suffer lifelong physical and psychological consequences. Their very lives can be at risk”, said International Labour Organization (ILO) Director-General Guy Ryder in his message for the Day, calling for urgent global action to end common dangers associated with child labour.

“These children are toiling in mines and fields, factories and homes, exposed to pesticides and other toxic substances, carrying heavy loads or working long hours”, he said.

The World Day, which was first marked under the auspices of the ILO in 2002, draws attention to the global extent of child labour and the efforts needed to eliminate it.

The Sustainable Development Goals (SDGs), adopted by world leaders in 2015, include a renewed global commitment to ending child labour.

Although the overall number of children in hazardous work has decreased in recent years, progress has been limited to older children.

Between 2012 and 2016, according to ILO, the number of children aged 5 to 11, doing dangerous work in contravention international treaties, increased.

“This is unacceptable”, Mr. Ryder said.

Agriculture accounts for most of child labour

Nearly three out of every four children made to work, are in the agriculture sector, according to the Food and Agriculture Organization (FAO).

After years of steady decline, child labour on farms and in the fields, has started to rise again, driven in part by an increase in conflicts and climate-induced disasters.

This worrisome trend, not only threatens the wellbeing of millions of children, but also undermines efforts to end global hunger and poverty, FAO warned.

“Children who work long hours are likely to continue to swell the ranks of the hungry and poor”, said FAO Deputy Director-General Daniel Gustafson. “As their families depend on their work, this deprives the children of the opportunity to go to school, which in turn prevents them from getting decent jobs and income in the future”.

ILO’s conventions on child labour, namely the Minimum Age Convention of 1973 and the Worst Forms of Child Labour Convention of 1999, require governments to establish a national list of hazardous work, prohibited for children.

These treaties have been ratified by 171 and 181 ILO member States respectively, reflecting a near global commitment to end child labour in all its forms.