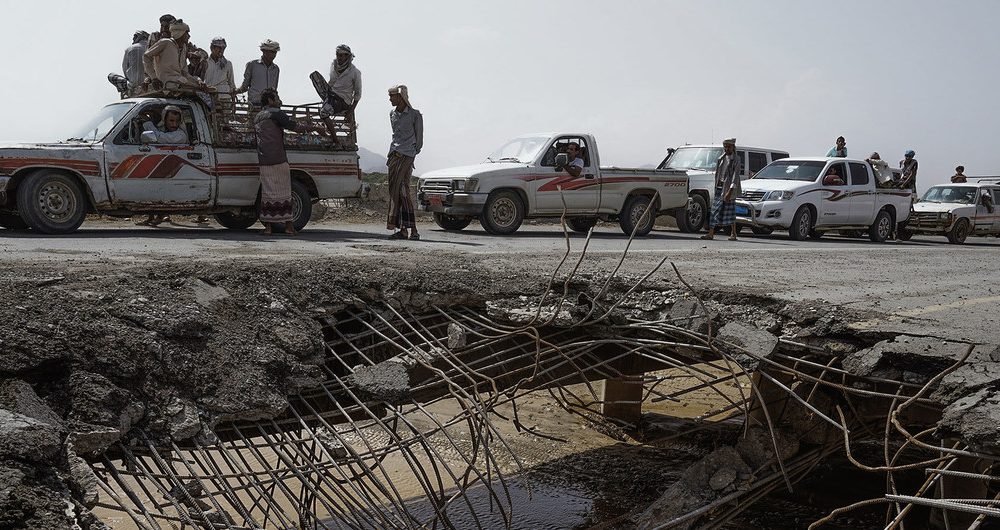 As the Yemeni port city of Hodeida continues to come under attack from Saudi-led coalition forces on Thursday, seeking to drive out Houthi rebels who control the city, the United Nations and humanitarian partners are rushing to provide life-saving assistance to thousands of vulnerable families there.

“Dozens of UN staff are in the city helping to deliver food, water and health services,” said Lise Grande, UN Humanitarian Coordinator for Yemen, in a statement. “We estimate that 600,000 civilians are in the city – many of whom are dependent on assistance to survive.”

According to news reports, the assault on the crucial entry point for most of the war-torn country’s essential food imports, began early on Wednesday, after diplomatic attempts to prevent the Yemeni government forces and their allies from launching the offensive, failed.

“Humanitarian partners have been preparing for a possible assault for weeks. Agencies have prepositioned 63,000 metric tonnes of food, tens of thousands of emergency kits, nutrition supplies, water and fuel. Medical teams have been dispatched and humanitarian service points established.”

“Yesterday, even as the city was being shelled and bombarded, an UN-contracted vessel, which is docked at Hodeida port, off-loaded thousands of metric tonnes of food. Two more vessels are making preparations to do the same”, she said.

On Thursday, partners have been distributing emergency boxes with food and hygiene supplies to civilians displaced by the fighting, south of the city.

Also on Thursday, the Security Council met behind closed doors in emergency session in New York, to discuss the escalating conflict in Hodeida Yemen.

Humanitarian agencies and front-line partners already have substantial aid programmes in the city. Every day 50,000 litres of safe drinking water are being distributed and health teams have been helping to halt the spread of cholera and other life-threatening diseases.

“Under international humanitarian law, parties to the conflict are obliged to do everything possible to protect civilians and ensure they have access to the assistance they need to survive,” said Ms. Grande.

The UN and partners are requesting $3 billion through the 2018 Humanitarian Response Plan to support 22.2 million people in need across Yemen. To date, $1.5 billion, half of resources necessary for the year, has been received.

On Thursday evening, the UN Special Adviser on the Prevention of Genocide, Adama Dieng, added his grave concern over the pace of events in Hodeida, warning that any closure of the port would have a “disasterous impact on the ability of humanitarian agencies to deliver assistance to a population that desparately needs it.”

“Starvation of civilians as a method of war is a war crime and was condemned by the Security Council in resolution 2417 of 24 May 2018″ he said in a statement.

“It seems that the first test of this resolution is Yemen: the Yemeni port (of Hodeida) is a lifeline for the delivery of aid and the Coalition’s air strikes can kill many more people over time through famine and hunger when damaging such civilian infrastructure,” added Mr. Dieng.