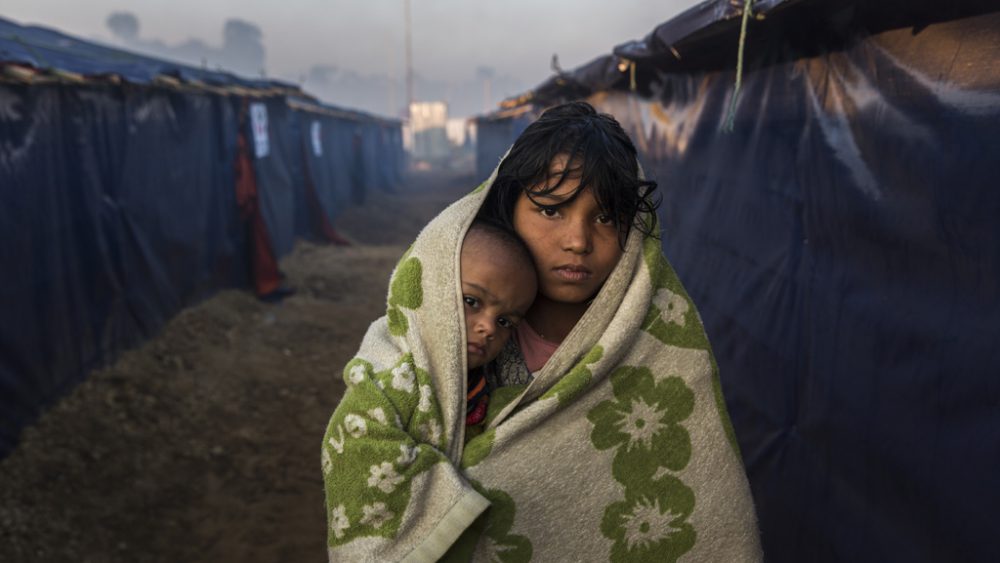 The United Nations refugee agency said on Friday that it is concerned about the deteriorating environment in which Rohingya refugees are living, especially children, who make up 55 per cent of the Rohingya refugee population in Bangladesh.

“UNHCR [Office of the UN High Commissioner for Refugees] is increasingly worried about the deterioration of the overall protection environment, Babar Baloch, the agency’s spokesperson told the regular press briefing in Geneva.

In this environment, he explained, refugees face a multitude of protection risks. On Sunday, UNHCR would begin distributing clothing to recently-arrived Rohingya refugees in Bangladesh for cooler temperatures in the months ahead.

“Children, who are 55 per cent of the Rohingya refugee population, are particularly vulnerable. So are women, and they represent more than half of all refugees in Bangladesh. An estimated 10 per cent are either disabled, have serious medical conditions, or are older persons at risk,” stated Mr. Baloch.

UNHCR has been working to bolster the quality of shelters in the camps by supplying higher quality materials as well as expanding technical support for construction and drainage.

Since the beginning of the crisis, UNHCR has organized 17 airlifts – sending more than $9 million in aid relief items. In the last month, the agency has distributed over 15,000 new shelter kits and more than 40,000 core relief items.

UNHCR also began distributing compressed rice husks for cooking fuel. This spares children from gathering firewood in adjacent forests – putting them at risk and degrading the environment by stripping woodland.

Meanwhile, in responding to a diphtheria outbreak in Cox’s Bazar, UNHCR turned part of its Transit Centre in Kutupalong into a treatment and isolation facility in which patients are managed by Médecins Sans Frontières (MSF).

“We are procuring antibiotics to treat 8,000 people and training refugee volunteers to disseminate information on diphtheria, detect symptoms of the disease and direct patients to health facilities,” said Mr. Baloch.