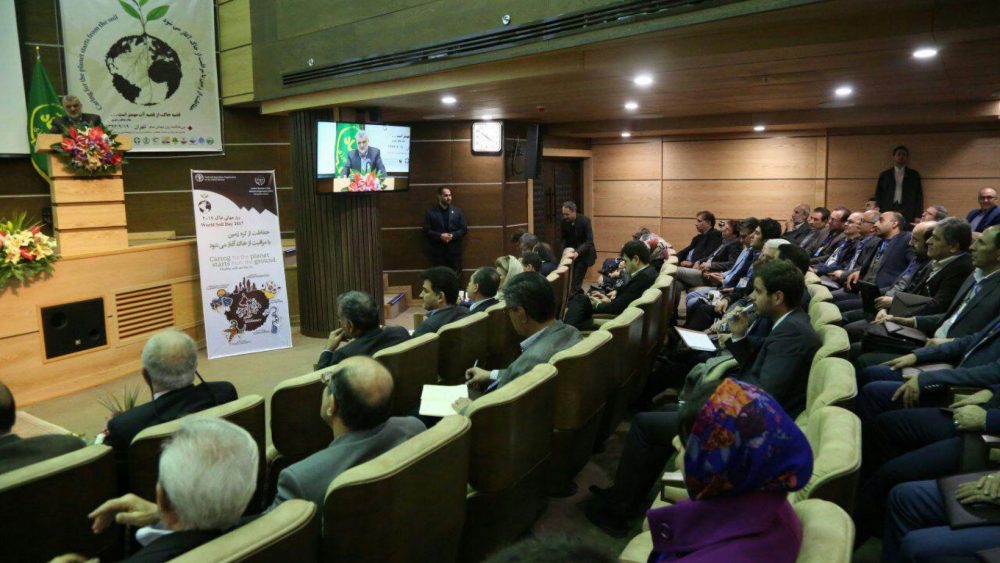 Food and Agriculture Organization of the United Nations (FAO) in collaboration with the Ministry of Agriculture Jahad marked World Soil Day 2017 in Tehran to highlight this year theme “Caring for the Planet starts from the Ground” for the Iranian stakeholders.

According to a press release published with the FAO Representation in Iran, Rao Matta, the FAO Representative ad interim to the country in his opening remarks by addressing Mahmoud Hojjati, Minister of Agriculture Jahad; Isa Kalantari, Head of Department of Environment; and heads of diplomatic missions attending the event, underscored that soil has a fundamental role in mitigation of the effects of climate change, maintenance of water springs and in sustaining biodiversity.

“Fortunately, the international community is awakening to the threats concerning the soils of the planet and to the challenges that lie before us. The greatest example of this is the creation of the Global Soil Partnership by the FAO” he added.

Matta reiterated that the FAO Voluntary Guidelines for Sustainable Soil Management that have been approved by our Council last year offer the framework for intensifying sustainable soil management in all countries including the Islamic Republic of Iran.

The FAO Representative ad interim to Iran concluded his remarks by saying that prevention of soil contamination remains the best way to ensure healthy soils and food safety that is the source of life for the next generations.

World Soil Day (WSD) is marked annually by FAO across the world normally on 5 December as a means to focus attention on the importance of healthy soil and advocating for the sustainable management of soil resources.