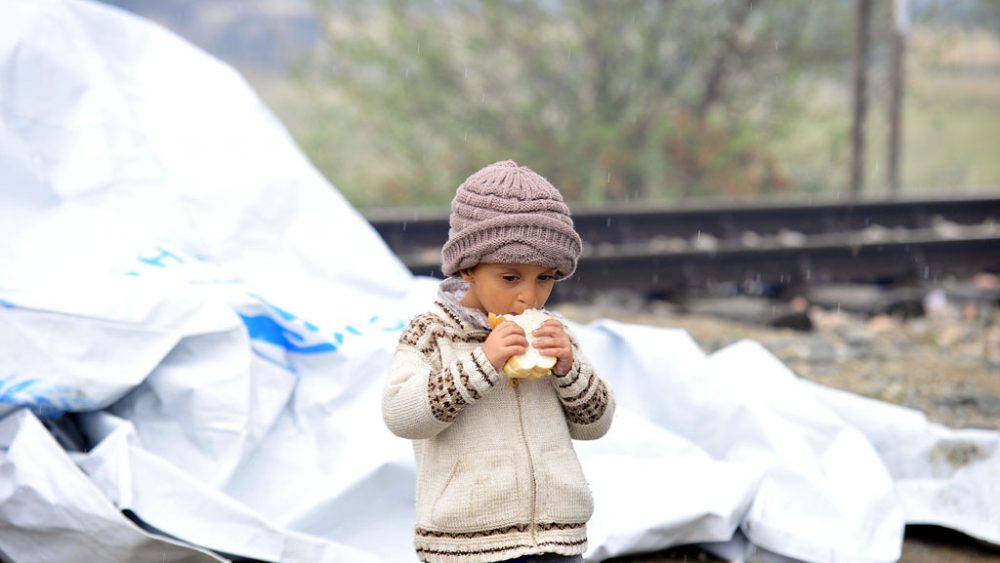 Some 50 million children are on the move worldwide, and if countries follow best practices to ensure their safety and well-being, 2018 could be a landmark year for migrant children the United Nations Children’s Fund (UNICEF) said Friday.

Much of this migration is positive, with children and their families moving voluntarily and safely. Yet the migration experience for millions of children is neither voluntary nor safe, but fraught with risk and danger, UNICEF said ahead of International Migrants Day, marked annually on 18 December.

Next year will see negotiations and adoption of the Global Compact for Migration, a landmark intergovernmental agreement that will cover all dimensions of international migration. It is a moment for countries to agree on actions that will support migrant children in line with the New York Declaration for Refugees and Migrants and the Convention on the Rights of the Child.

“For countless children, migration is safe and regular – helping them, their families and communities to grow and transform,” said UNICEF Director of Programmes Ted Chaiban. “But there is another reality for millions of children for whom migration is highly dangerous and not by choice.”

Approximately 28 million children have been driven from their homes by conflict. In many cases, children and families without sufficiently safe and regular pathways to migrate have little choice but to turn to smugglers, traffickers and dangerous informal routes that put their safety at tremendous risk, the agency said.

The perilous Central Mediterranean route from Libya to Italy is one such example. This year alone, nearly 15,000 unaccompanied children have reached Italy by sea – their journeys typically facilitated by smugglers and traffickers.

UNICEF estimates that more than 400 children have died trying to make this trip since the start of the year, while thousands have suffered abuse, exploitation, enslavement and detention while transiting through Libya.

Amidst ongoing negotiations over the substance of the Compact, UNICEF has continued its call on Member States to include the rights, protection and well-being of uprooted children as central commitments in the final text.

“Migration, especially for children, does not have to be dangerous,” said Mr. Chaiban. “The policies, practices and attitudes that put migrant children at risk can and must change – 2018 is the time to do so and the Global Compact for Migration is one opportunity.”

Many national, regional and local governments around the world have already chosen to take positive measures to protect and care for migrant children. Some of these good practices, highlighted in the recent UNICEF report Beyond Borders, include, among others: