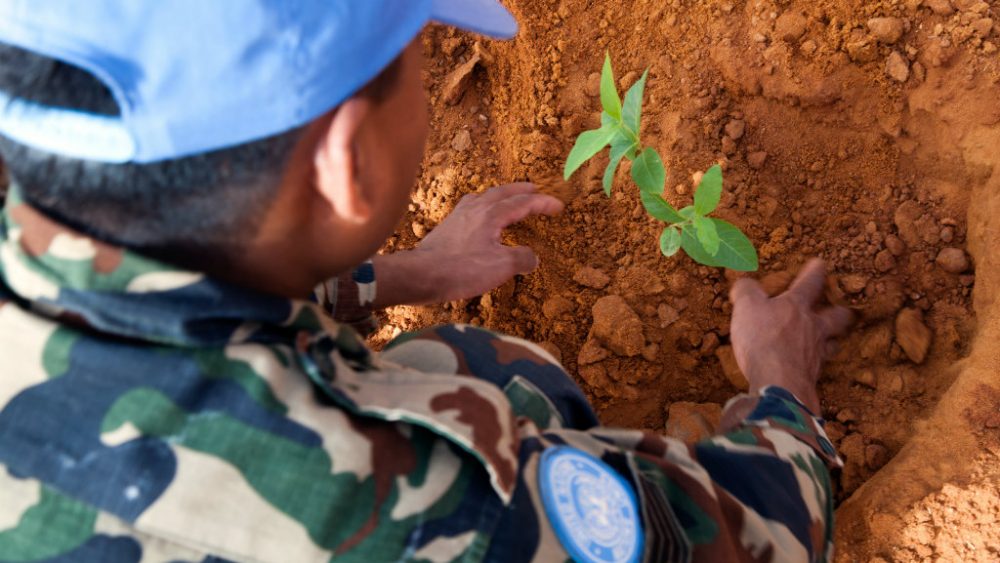 Commemorating the international day for lessening the impact of armed conflicts and wars on the environment, United Nations Secretary-General António Guterres underscored the need to recognize that environment is also a victim of fighting.

“Whether caused by fighting or a breakdown in Government control, the damage to the environment has devastating consequences for people’s health and well-being […] it is not a new problem, but is one that can last for decades,” said Mr. Guterres in a message on the International Day for Preventing the Exploitation of the Environment in War and Armed Conflict.

“Areas of Europe are still affected by heavy-metal contamination from munitions used during the First World War.”

In his message, the Secretary-General also highlighted the importance of a healthy environment for people to rebuild their lives once fighting stops, noting that the shared management of natural resources can also provide avenues to maintain or improve relations.

Given the importance of the environment and natural resources for sustainable development, the UN chief called for steps to reduce the collateral damage from conflicts and protect them.

“The UN is committed to protecting the environment as an essential pillar of peace, security and sustainable development,” he stressed.

According to the UN Environment Programme (UNEP), conflicts over natural resources are among the greatest challenges confronting today’s world, with serious threats to human security.

Furthermore, at least 40 per cent of all internal armed conflicts over the past 65 years have had an important natural resource dimension. Since 1989, more than 35 major armed conflicts have been financed by revenues from conflict resources, and there are fears that in the coming years, extreme climate stresses could double the risk of violent conflict.

However, despite these risks, there are also “significant opportunities” linking the environment and peacebuilding, added UNEP.

“Let us not forget the power of environmental cooperation to drive peace and prosperity,” said UNEP Executive Director Erik Solheim.

Also, joining forces with the Environmental Law Institute, the Earth Institute at Columbia University, Duke University, and the University of California at Irvine, UNEP opened the enrolment at the online course, Environmental Security and Sustaining Peace, which aims to build a community of 10,000 practitioners that can make natural resources a reason for global cooperation.

The course covers a range of natural resources, from extractives to land and water, as well as a range of tools and approaches from conflict and gender sensitivity to assessments, meditation and spatial planning.