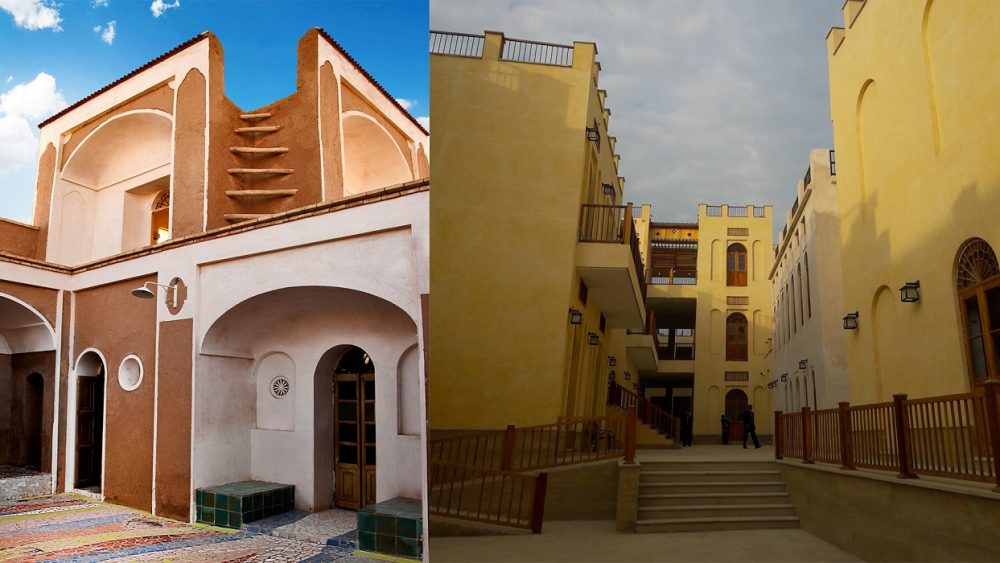 The Aftab Cultural House in Isfahan received the Honourable Mention Award and the Persian Gulf University in Bushehr won the Award for New Design in Heritage Contexts in the 2017 UNESCO Asia-Pacific Awards for Cultural Heritage Conservation.

The Jury session of the award, consisting of nine international conservation experts, was convened during 9-11 August 2017 at UNESCO Bangkok. This year the Jury awarded one Award of Excellence, two Awards of Distinction, four Awards of Merit, six Honourable Mentions and three Award for New Design in Heritage Contexts. Sixteen projects from six countries – Australia, China, India, Iran, New Zealand, and Singapore – have been recognized in this year’s Heritage Awards among forty-three projects in total.

For Aftab Cultural House Project, the Jury stated that:

“The project has dramatically transformed a deserted Qajar-dynasty house used to shelter sheep into a popular cultural hub. Through private initiative, the project closely engaged the community throughout the conservation process. Traditional materials were used to repair the deteriorated adobe structure, with the visual highlight being the colourful mosaic of hand-made tiles adorning the roof and courtyard. Under an all-female management council, the building today houses a library, cafe and cultural venue. Modest in scale but with significant local impact, the Aftab Cultural House imaginatively demonstrates the viability of adapting heritage buildings to sustain and enhance cultural continuity.”

The Faculty of Arts and Architecture Project was the project submitted by the Persian Gulf University for which the jury stated that:

“The new Faculty of Art & Architecture building of the Persian Gulf University responds to an urban design challenge with a contextual solution that demonstrates a sound understanding of the vernacular architectural typology. Located at the edge of the historic district of Bushehr, the new building maintains continuity with the existing urban morphology, with its compatible scale, façade treatment and selection of materials. By configuring the building around landscaped courtyards, the project creates an oasis for the university community using traditional environmental management techniques. The new design maintains a distinctive but respectful presence vis-à-vis the restored historic “Nozari House” and other adjacent buildings. The project offers a noteworthy model for contemporary architecture that embodies the regional genius loci.”

The UNESCO Asia-Pacific Awards for Cultural Heritage Conservation were set up to encourage and recognize the crucial role that the private sector plays in the long-term safeguarding of our region’s cultural heritage. The winning projects have set high technical and social standards for conservation in the region. They have increased local preservation efforts, inspiring local communities to take action to save their historic buildings.

Each year the winners receive the Award from different categories of “Award of Excellence”, “Award of Distinction”, “Award of Merit”, “Honourable Mention” and “Award for New Design in Heritage Contexts”.

The Award for New Design in Heritage Contexts is given to newly-built structures that demonstrate outstanding design well-integrated into historic contexts. The Award encourages submissions of completed new architecture and design that enrich the existing heritage setting. Building annexes, as well as new extensions, new buildings, new public spaces and new structures, such as bridges, are all eligible for consideration.