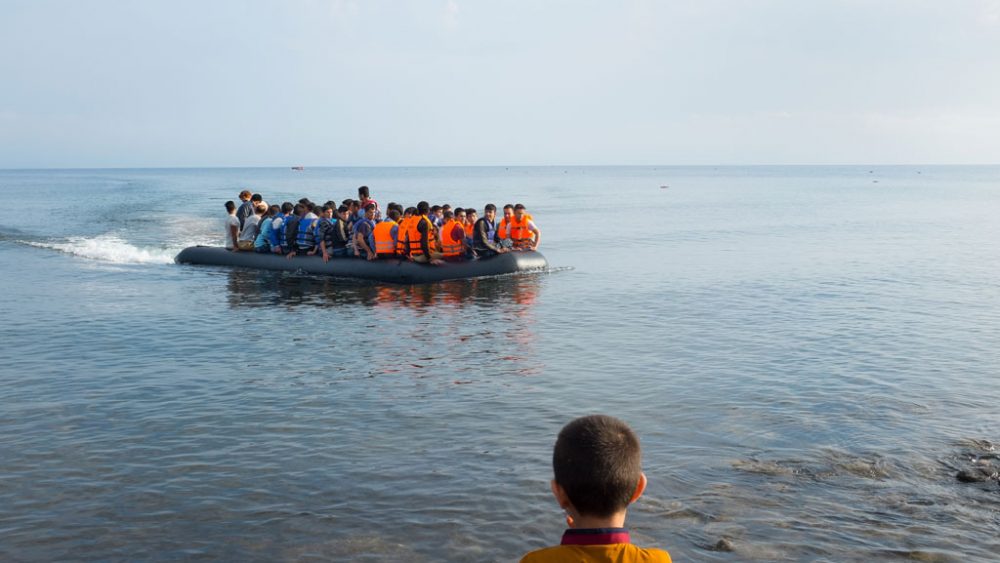 Ahead of the Group of Seven summit in Italy, the United Nations children’s agency has urged the leaders of G7 industrialized countries to adopt its six-point action plan for the protection of refugee and migrant children.

At least 36,000 of the refugees and migrants rescued since January have been taken to Sicily, the site of this year’s summit, and the Italian G7 presidency has made migration a priority for this year’s talks.

“Sicily stands as a symbol of hope for uprooted children seeking a better life, but it is also the endpoint of an extremely dangerous journey that has claimed the lives of many children along the way,” said Justin Forsyth, Deputy Executive Director of the UN Children’s Fund (UNICEF).

At least 200 children have died while crossing the Central Mediterranean from North Africa to Italy so far this year, a rate of more than one child per day, according to the latest estimates from UNICEF.

Between 1 January and 23 May, more than 45,000 refugees and migrants arrived to Italy by sea, up 44 per cent over the same period last year. This includes some 5,500 unaccompanied and separated children, an increase of 22 per cent from 2016, who account for approximately 92 per cent of all children arriving to Italy via the Central Mediterranean route.

A record high 26,000 unaccompanied and separated children arrived to Italy last year, but if current trends hold, that record will be smashed in 2017.

“That is not a record to be proud of, but a reminder of our collective failure to ensure the safety and wellbeing of refugee and migrant children,” Mr. Forsyth said.

Earlier, on the eve of the G7 summit, children, volunteers, the Italian coastguard, Italian and UNICEF officials took part in a symbolic rescue of paper boats to commemorate the thousands of children who have risked their lives crossing the Central Mediterranean and send a message to the G7 to take action to safeguard children on the move.

The action plan’s six points are:

In addition, UNICEF has also launched the “#AChildIsAChild” campaign, which has so far been supported on social media by more than 2 million people.