United Nations Association of Iran / Articles / Tobacco: a threat to our oceans
May 26 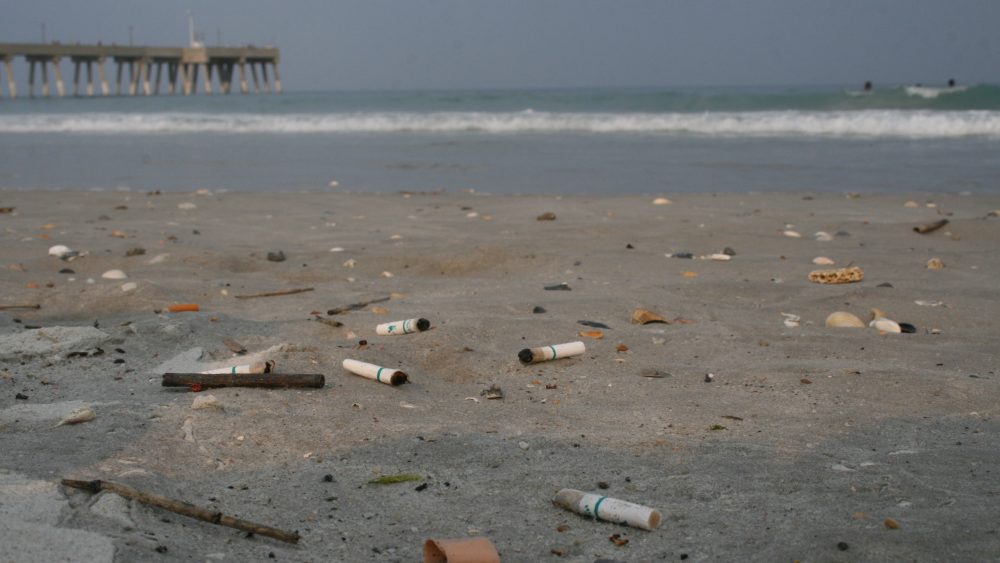 Tobacco: a threat to our oceans

Ask the person behind you what the public health enemy number one is. Chances are the answer will be tobacco. And for good reasons. Smoking, including secondhand smoke, kills more than 7 million people each year, most in the prime of their lives.

Less well-known are tobacco’s negative impacts on sustainable development, including on oceanic systems. Yes, you read that right – tobacco is a significant threat to our oceans.

Each year, 4.5 trillion cigarette butts are littered worldwide, by far the most littered item, with a significant percentage finding their way into our oceans and onto our shores. The problem is only likely to get worse, particularly as smoking rates continue to escalate in many low- and middle-income countries.

This “last socially acceptable form of littering” is far more than just an unpleasant aesthetic. Cigarette filters are comprised of thousands of chemical ingredients, including arsenic, lead, nicotine and ethyl phenol, all of which leak into aquatic environments. In one lab study, the leachate from just one cigarette butt, placed into no more than one litre of water, killed half of all exposed marine and freshwater fish.

The implications of how cigarette filter toxicity translates to real life aquatic environments remains to be fully understood. But the widespread health impacts from cigarettes, now regarded as the “deadliest artefact in the history of human civilization”, were also not fully understood as recently as during the 1960s, with industry denialism being a primary reason. Does anyone feel good about what we will find out this time around?

And the toxicity of discarded filters is not the only concern. The plastic from tossed tobacco packaging and cigarette lighters also taints the planet’s water sources, causing marine animals such as sea turtles to choke and starve.

The story gets worse, because the beginning of the “environment lifecycle of tobacco” is as destructive as its end. Pesticides and agrochemical residues from tobacco growing – amongst them chloropicrin, a lung-damaging agent used as tear gas in World War I – pollute nearby waterways, jeopardizing not just the welfare of aquatic organisms but also people’s access to safe water. From Brazil to Kenya, countries are suffering from the lingering and largely irreversible environmental impacts of tobacco farming.

So what can be done? Proposals to date have included calls for biodegradable filters (which would still leach toxins), filterless cigarettes, more disposal locations, fining litterers, and even working with the tobacco industry to help finance clean-up. However, none of these options would address tobacco’s continued assault on human health and other aspects of sustainable development, for example the 1.4 trillion dollars tobacco costs the global economy each year due to health care costs and lost productive capacities. Meanwhile, working with the tobacco industry on cigarette clean-up is like asking a burglar to set your alarm. We can do better.

This year’s Ocean Conference, 5-9 June, comes mere days after World No Tobacco Day 2017, the theme of which is “Tobacco – a threat to development”. This year’s theme recognizes tobacco’s widespread impacts on sustainable development, as well as inclusion of the WHO Framework Convention on Tobacco Control (WHO FCTC) in the SDGs as Target 3.a. An upcoming UNDP-WHO FCTC Secretariat joint report, to be launched on World No Tobacco Day, makes the case that tobacco control can no longer be seen as a health issue alone – not when it can uniquely accelerate a host of development objectives, from financing for development to inequality reduction to climate change action.

Under the FCTC 2030 project funded by the United Kingdom, UNDP is working closely with the Convention Secretariat to strengthen WHO FCTC implementation in low- and middle-income countries by supporting government sectors to devise and implement win-win solutions. With this year’s Ocean Conference striving to be a “game-changer” for people, planet and prosperity, leveraging solutions from all, it is time that tobacco’s impacts on oceanic ecosystems are given due consideration.