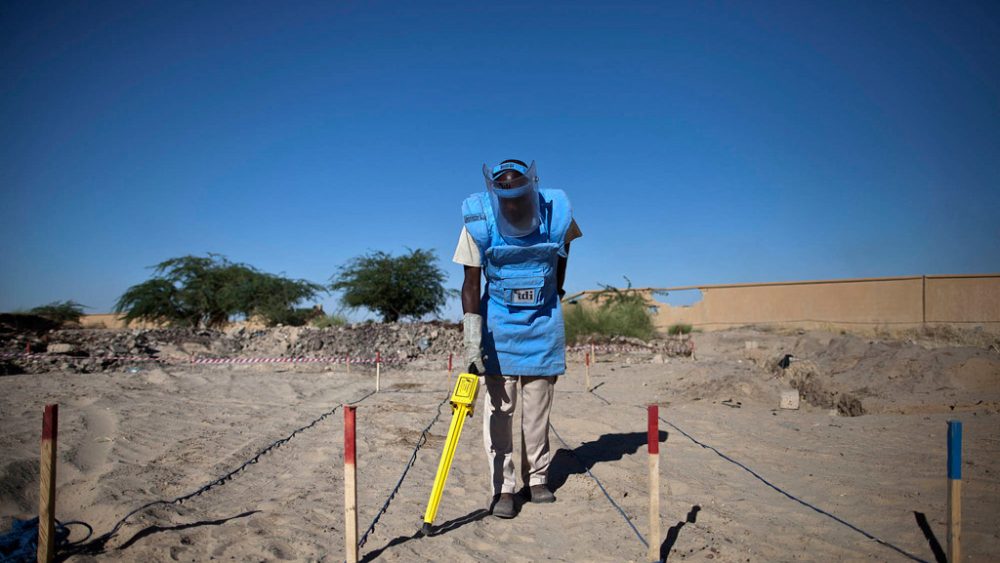 The United Nations has launched a $511 million international appeal for humanitarian mine action in conflict and post-conflict settings for 2017, a 50 per cent increase from last year’s $347 million consolidated appeal.

“Across the world, the conflicts tearing countries, communities and lives apart cause a tragic increase in the number of casualties due to landmines and other explosive hazards,” said the Director of the United Nations Mine Action Service (UNMAS), Agnès Marcaillou, in a press release.

“There is an absolute necessity for a humanitarian mine action response. The knowledge and willingness to help are there – it is adequate funding that is missing,” added Ms. Marcaillou, who also chairs the UN Inter-Agency Coordination Group on Mine Action.

According to the Portfolio of Mine Action Projects 2017, an online resource for information on such projects, there is a sharp increase in the need for humanitarian mine action, including landmine clearance, risk education and victim assistance.

The Portfolio covers over 200 projects and presents a consolidated picture of the needs and strategies of 22 countries and territories contaminated with landmines and other explosive hazards such as unexploded cluster munitions, rockets and improvised explosive devices across Africa, Asia, Europe, the Middle East and South America.