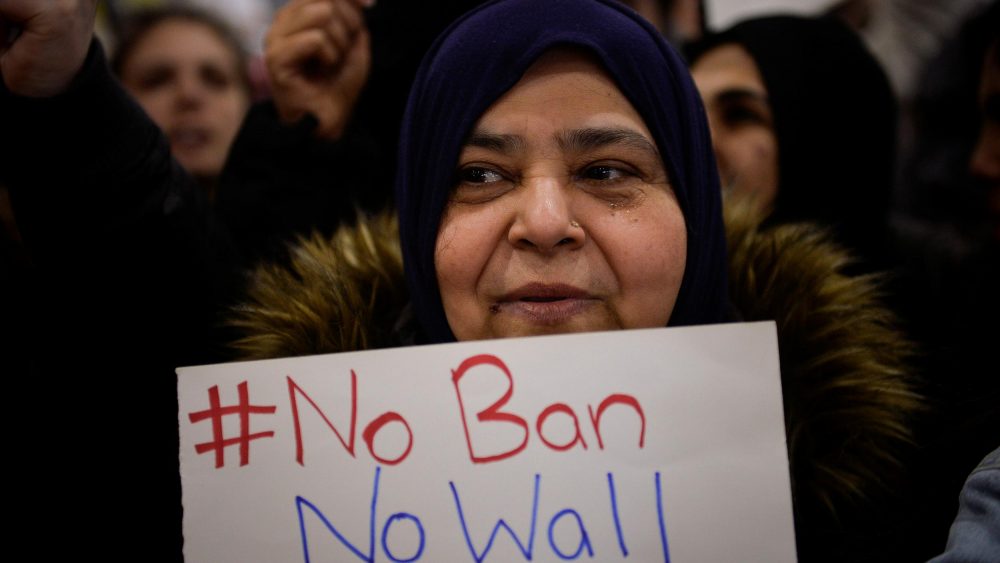 Continuing uncertainty over travel restrictions to the U.S. is forcing international nongovernmental organizations to rethink staff deployments and disaster response, with some saying it places additional strain on their ability to access emergencies and restricts their ability to send the right staff to the right places.

Even as U.S. President Donald Trump’s executive order banning all refugees and visa holders from seven Muslim-majority countries remains suspended, NGOs are accounting for the uncertainty by rethinking contingency strategies for emergency response and advising affected staff members not to travel out of the country.

Late last week, the 9th Circuit Court of Appeals upheld a federal judge’s decision to temporarily suspend the entry ban that Trump signed into force Jan. 27. The president is likely to appeal that ruling in the Supreme Court, which has been at a 4-4 stalemate for the past year, with one empty seat.

Refugees International, the advocacy group based in Washington, D.C., is among the organizations now asking its U.S.-based staff working with green cards to remain in the country. It is also reorienting other plans on a case-by-case basis — for example, it has delayed a training session in Vietnam for an Afghani national with a U.S. green card and postponed a trip to Iran for a Pakistani national.

The organization has 1,700 staff worldwide, 600 of whom are working in the seven countries — Somalia, Iraq, Iran, Syria, Libya, Yemen and Sudan — targeted by the ban.

“It might all work out, but we don’t know. We want to see how it all settles for the next couple of months. It’s not worth it to risk it,” said Nancy Wilson, CEO of Relief International. “To ask an individual to do that and leave family and children behind — I can’t ask someone to take that risk.”

Major international NGOs including CARE join Refugees International in their reluctance to wait on a final court ruling as they rethink the practicalities of their cross-border and emergency response work.

“The unpredictability of the situation means we continue to have to keep looking at our plans,” said Nick Osborne, who heads international operations for CARE.

“We are going to have to start looking at specific situations and looking at Plan Bs and sometimes Plan Cs, as well, in terms of where we can deploy staff that will not potentially be implicated or affected by this executive order.”

CARE expects that, at a minimum, the ban impacts its 300 U.S.-based staffers and their ability to travel freely to fragile countries before returning home. At any given time, CARE is tasked with responding to 12 to 15 emergencies, and operates in five of the seven countries impacted by the order, excluding Libya and Iran.

However, there is also the issue of CARE employees based outside of the U.S. who are potentially barred from visiting Washington D.C., New York, or any other American locale to deliver briefings and meet with donors.

“Part of it is identifying where the gaps are. We have our roster of individuals who would be available [and] obviously that roster will be much shorter and limited because of people’s ability to be able to travel to these particular countries … That roster is going to be very stressed as a result of something in a country that we can’t access because of the executive order,” Osborne said.

Currently, all visa holders are legally able to travel in and out of the U.S. as the case moves through the courts. Iran and Iraq, however, have both approved “reciprocity measures” that bar U.S. citizens from entering their countries.

“We’ll need to keep watching and see what happens in the courts,” said Christy Delafield, a spokesperson for Mercy Corps. “When it comes to disaster response, the order could impact our ability to deploy the right people swiftly in the event of a global emergency. We would need to weigh an additional factor — the aid worker’s nationality — in addition to experience, technical skills, languages the person speaks and all the other things that come into consideration.”

Mercy Corps, with 5,000 staffers worldwide, has “hundreds” who are citizens of the seven countries impacted, according to Delafield. Some pre-planned staff visits to the U.S. have now been postponed.

“The other question is emergency response. The head of our emergency response team is a green card holder and with additional screening moving in and out, what is that going to look like? Could that delay a deployment in an emergency? And what happens if we have team members that can’t get back into the U.S.?” said Delafield. “There a lot of unknowns and we are watching closely to see how the order will be implemented.”