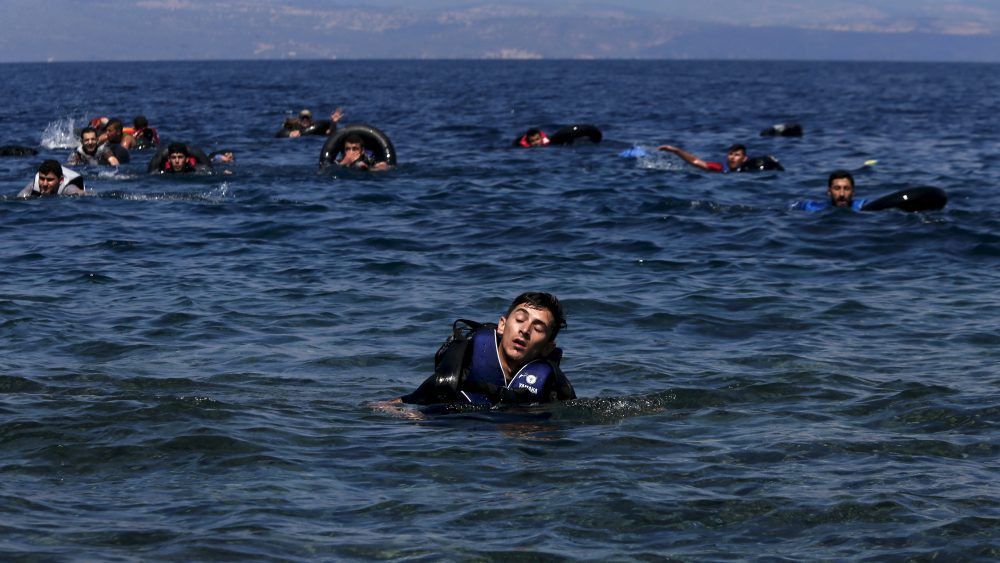 The United Nations refugee agency today flagged that while the number of deaths of refugees seeking safety via the Turkey-Greece route into Europe has fallen dramatically, the use of the North Africa-Italy route has remained constant – with the latter experiencing an increase in the number of deaths, making 2016 the deadliest year so far for refugees in the Central Mediterranean.

“The chances of dying on the Libya to Italy route are ten times higher than when crossing from Turkey to Greece,” a spokesperson for the Office of the UN High Commissioner for Refugees (UNHCR), William Spindler, told a media briefing at the UN Office in Geneva.

According to UNHCR, the number of refugees and migrants arriving in Greece has dropped dramatically, from over 67,000 in January 2016 to 3,437 in August 2016, following the closure of the so-called Balkan route and the implementation of the European Union-Turkey Statement, an agreement on methods to end the irregular migration from Turkey to the EU and replace it instead with legal channels of resettlement.

The number of arrivals to Italy, meanwhile, has remained more or less constant, with some 115,000 refugees and migrants landing in Italy as of the end of August this year, compared to 116,000 during the same period last year.

“The main change, however, has been the number of casualties,” Mr. Spindler said. “So far this year, one person has died for every 42 crossing from North Africa to Italy, compared to one in every 52 last year – this makes 2016 to date the deadliest year on record in the Central Mediterranean.”

Overall, during the first eight months of 2016, some 281,740 people have made the sea crossing to Europe, with UNHCR estimating that some 4,176 people have died or gone missing on the Mediterranean since this time last year – an average of 11 men, women and children perishing every day over the last 12 months.

In his remarks, Mr. Spindler noted that it was also one year since the drowning of Syrian toddler Alan Kurdi while attempting to enter Europe via the Turkey-Greece route with his family – an image of his corpse had led to strong international outcry over the circumstances of people seeking refuge in Europe.

“The death of Alan Kurdi resulted in unprecedented expressions of sympathy and solidarity for refugees all over Europe, with many people volunteering to help and spontaneously giving food, water and clothes to refugees and even offering to take them into their homes,” the spokesperson said, adding that to document and highlight some of these individual acts of solidarity, UNHCR had produced a series of portraits of families hosting refugees in Austria, Germany and Sweden.

“The arrival of over a million refugees and migrants to Europe last year has also given rise to hostility and tensions within the societies hosting them, “ Mr. Spindler highlighted. “The ongoing challenge for Europe is to make available the support and services that refugees need to successfully integrate so that they can contribute fully to society – bringing new skills, determination and a cultural richness, as they seek to re-establish their lives in their new homes.”

He added that, in this regard, UNHCR strongly urges governments and their national partners to commit to the development and implementation of comprehensive national integration plans, and calls for a clear commitment to the prevention of discrimination, the promotion of inclusion and the combating of racism and xenophobia.