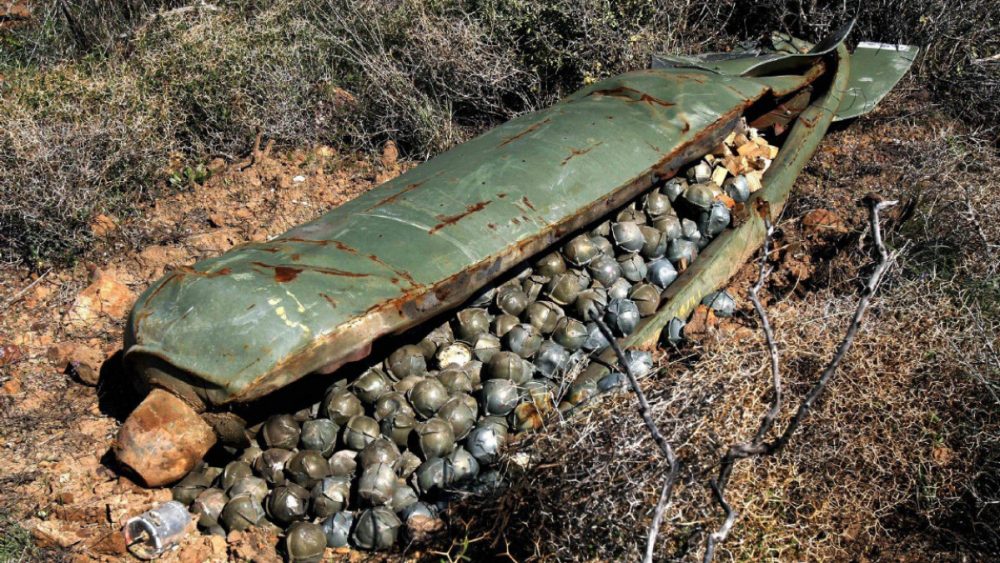 An annual meeting of State Parties to the United Nations-backed pact banning cluster bombs opened in Geneva today, with a call to set a target date to achieve a world free of these explosive remnants of war that kill large numbers of civilians.

“It is our hope that within the next couple of days the States Parties can adopt or come closer to adopting a target date for completion of cluster munitions clearance and stockpile destruction,” said Henk Cor van der Kwast of the Netherlands, the President of the Sixth Meeting of the States Parties to the Convention on Cluster Munitions, in his opening remarks.

Cluster munitions, or unexploded ordnance, kill and injure large numbers of civilians and cause long lasting socio-economic problems. The Convention, which prohibits all use, production, transfer and stockpiling of these devices, entered into force on 1 August 2010, just two years after it opened for signature in the Norwegian capital, Oslo. To date, 119 states have joined the Convention.

“The Convention on Cluster Munitions is young but has achieved a great deal in this short period of time. Stigmatization of this weapon is growing; more and more States outside the Convention recognize its inhumane nature. Nevertheless, much more needs to be done for a universal adoption of the Convention,” said Mr. van der Kwast.

At the First Review Conference of the Convention held in Dubrovnik, Croatia, in September 2015, the State Parties adopted the Dubrovnik Action Plan, which lists concrete steps to implement the Convention in the period from 2015 to 2020.

“During these three days [5-7 September] we will pay great attention to the updates that will be presented by the States Parties as they review progress achieved over the past year and discuss challenges encountered in implementing the Convention,” said Mr. van der Kwast.