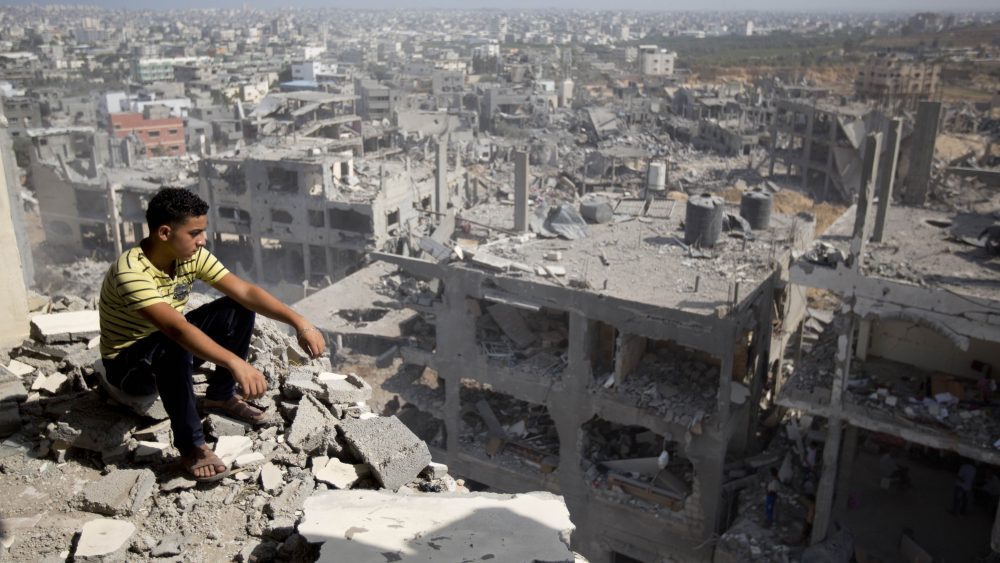 Marking the second anniversary of the 2014 ceasefire which ended the most devastating round of hostilities in Gaza, heads of United Nations agencies there have called for a greater flow of material and funding to address humanitarian needs and boost economic prospects for Gaza’s 1.9 million residents.

“We must reverse Gaza’s de-development trajectory and address the needs of a population that has gone through three rounds of conflict, nine years of an Israeli blockade and the consequences of the Palestinian internal divide which, combined, have affected every aspect of their daily lives,” Robert Piper, the UN Resident Coordinator and Humanitarian Coordinator for the Occupied Palestinian Territory said in a news release.

The United Nations considers ‘de-development’ a process by which development is not merely hindered but reversed.

The release added that the UN operational agencies working in the Occupied Palestinian Territory, constituting the UN Country Team (UNCT) in Palestine, issued a new report which outlines the collective progress made in the last two years as well as some of the remaining challenges in the recovery and reconstruction efforts following the 2014 hostilities.

The fighting left at least 1,400 Palestinian and six Israelis civilians dead. Another 11,200 Palestinians were injured and an estimated 100,000 people rendered homeless. Children and women accounted for over 60 per cent of all fatalities and injuries in Gaza.

Mr. Piper, who is also the Deputy Special Coordinator for the Middle East Peace Process said that accountability for violations of international law by duty bearers on both sides during the war also remained elusive, “denying victims and survivors the justice and redress they deserve.”

The news release also added that according to UN estimates, about half of the homes which suffered partial damages and a third of those destroyed have been rebuilt.

Additionally, all of the 78 hospitals and clinics, and the 252 schools that were damaged have been repaired and that the reconstruction of health and education infrastructure that were fully destroyed is ongoing.

The progress has been made due to ongoing efforts by Palestinian government, UN agencies, non-government organizations, international donor community, private sector and above all, the households themselves. 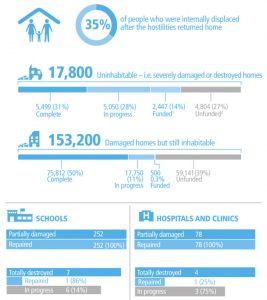 “While progress is unequivocally underway, repairing the damages from the 51-day hostilities cannot be our only measure of success, given that humanitarian and socio-economic indicators were already so dire before 2014,” noted Mr. Piper.

A vast majority of the people living in Gaza were affected by the significant damage to infrastructure which compounded upon an already frail economic situation.

In particular, progress remains especially slow in the productive sectors including agriculture, owing to funding gaps and restrictions of movement on persons and goods and there are concerns for the 65,000 people who remain displaced and in temporary shelter awaiting their homes to be rebuilt.

“Addressing economic recovery requires much greater financial investments and serious policy changes, including a lifting of restrictions on both imports and exports,” highlighted Mr. Piper.

Recalling that in October 2014, donors pledged $3.5 billion to support Gaza, but according to the World Bank, only an estimated 40 percent had been disbursed by April this year. The agencies noted that funding for the remaining reconstruction work and serious investments in the productive sector is crucially lacking, further hindering people’s ability to lift themselves out of crisis.

“The stakes are high if we are to prevent hopelessness and a re-escalation of violence”, Mr. Piper warned on behalf of the UNCT in Palestine.