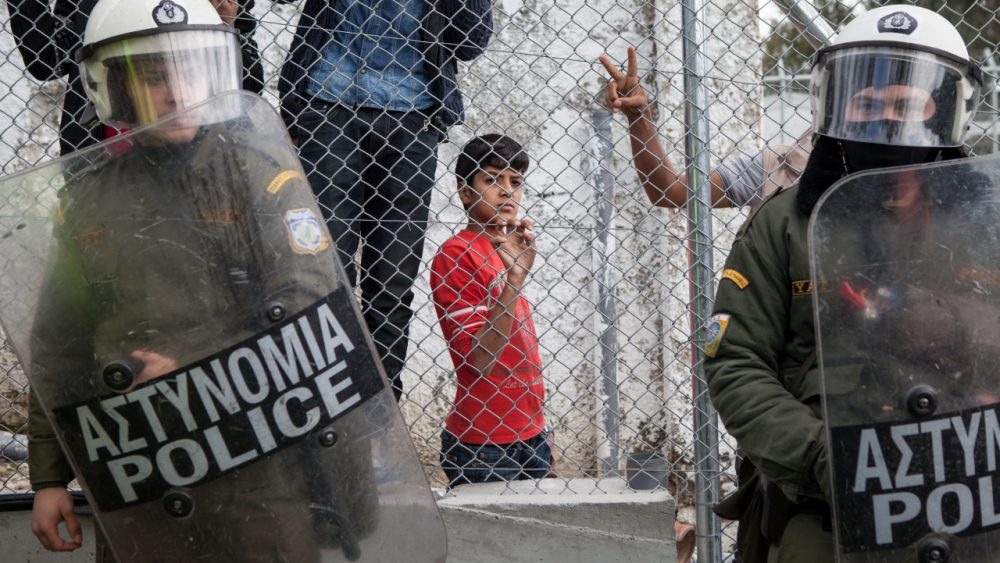 Christians working in Greece’s most notorious asylum detention centre have tried to convert some of the Muslim detainees, who have been held under the terms of the EU-Turkey migration deal.

On at least two occasions in recent months, aid workers have distributed conversion forms inside copies of Arabic versions of the St John’s gospel to people held at the Moria detention camp on Lesbos.

The forms invite asylum seekers to sign a statement declaring the following: “I know I’m a sinner … I ask Jesus to forgive my sins and grant me eternal life. My desire is to love and obey his word.”

Detainees alleged that the forms were distributed by at least two representatives of Euro Relief, a Greek charity that became the largest aid group active in Moria after other aid organizations pulled out in protest against the EU-Turkey deal. The camp is overseen by the Greek migration ministry, but aid groups perform most of the day-to-day management.

Euro Relief said it disapproved of the distribution of conversion materials, but added it could not rule out the possibility that individual aid workers had distributed the booklets themselves.

The situation is the latest consequence of the closure of a humanitarian corridor between Greece and Germany, and the subsequent enactment of the EU-Turkey deal.

Between January 2015 and March 2016, about a million asylum seekers had been allowed to move onwards through the Balkans after landing in Greece from Turkey. But in March, Macedonia shut this humanitarian corridor by closing a crossing point on the Greek-Macedonian border.

A few days later, the EU agreed a deal that could see all those landing in Greece after 18 March deported back to Turkey, in a deal that rights groups say contravenes international law.

The moves have stranded up to 57,000 asylum seekers in Greece – most of them on the mainland, and a few thousand detained on Greek islands such as Lesbos, in overcrowded camps like Moria.

Detainees and rights activists have criticized the squalid conditions inside the camps, where inmates are often without electricity, running water is not always on, baby milk formula is sometimes unavailable and the asylum application system is inscrutable and slow.

In several camps, the frustration has led to riots, with many of detainees speaking of a general sense of fear, lawlessness and hopelessness.

EU states are supposed to relocate the vast majority of those who arrived in Greece prior to the EU-Turkey deal but progress has been slow, with just a few hundred moved elsewhere in the continent, and aid groups are preparing for the possibility of most of the 57,000 being stuck in Greece for the long term.