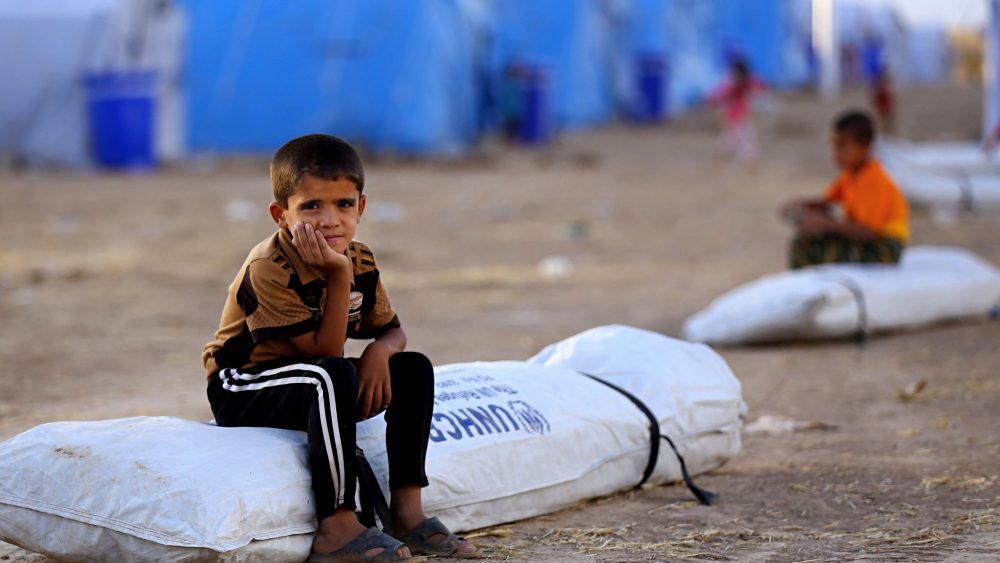 In Iraq, UNICEF Ambassador urges help for children ‘ripped from their homes’

Just back from crisis-riven northern Iraq, where he visited refugee camps for Iraqi and Syrian families and children, actor Ewan McGregor, an Ambassador for the United Nations Children’s Fund (UNICEF) has called for more action to save children suffering the devastating effects of brutal conflicts and crises.

“Many of the children I’ve met in Iraq have been forced to flee their homes, risking their lives on dangerous journeys and have been exposed to unimaginable horrors,” said the UNICEF Ambassador in a press release issued yesterday by the agency.

“The world is facing an unprecedented refugee crisis and we must do more to protect the extraordinary number of children who have been torn from their homes by violent conflict,” he added.

Last week, Mr. McGregor travelled to Debaga camp in northern Iraq where he met with families that have escaped the violence currently taking place in areas surrounding Mosul in the north of the country. He also spent time with Syrian refugees and displaced Iraqi families in camps and communities around Erbil.

Due to the conflicts sweeping across Iraq and Syria, tens of thousands of children have been killed, injured, separated from their parents, forced to work, tortured and recruited into fighting.

“No child should be alone,” stressed the UNICEF Ambassador noting that children uprooted by conflict find themselves alone, without family and in grave danger.

In the press release, the agency added that the situation for children in Iraq is becoming increasingly desperate. Around 3.6 million children – one in five – are at serious risk of death, injury, sexual violence, abduction and recruitment into armed groups.

Many of the children are being ripped from their families and forced to flee on their own, often making dangerous journeys and falling into the hands of traffickers, the agency added in the release.

Mr. McGregor’s visit comes ahead of the Summit on Addressing Large Movements of Refugees and Migrants, to be held on 19 September at the UN Headquarters, in New York.