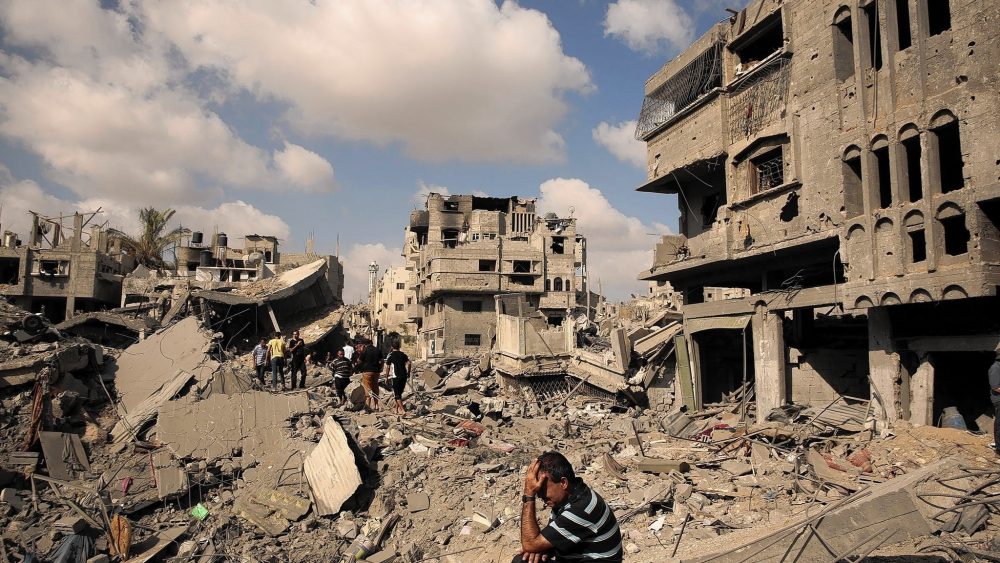 Ban in Gaza: “closure of Gaza suffocates its people”

In his fourth visit to the war ravaged and impoverished Gaza Strip Secretary-General Ban Ki-moon yesterday (June 28th) said “closure of Gaza suffocates its people, stifles its economy and impedes reconstruction efforts” and “is a collective punishment.”

Speaking to reporters at the United Nations Work and Relief Agency (UNRWA)’s school compound in Zeytoun in the northern Gaza Strip, Ban said “this situation cannot continue. It feeds anger and despair. It increases the danger of a new escalation of hostilities, which can only bring further suffering to the people of Gaza.”

The Secretary-General met with young members of UNRWA’s School Parliament in Central Gaza where he heard about their aspirations, but also about their fears for the future. After listening to the students, Ban said his noted his previous visits had been after times of conflict. He said “I was always with you but always the schools were destroyed or attacked by Israeli soldiers at the time. It was quite sad.”

Ban said “many people, boys and girls, died without knowing why they had to die.”

Despite all these difficulties, he said “UNRWA has been working very hard, first of all to rebuild the houses, but also make sure that schools were opened.”

Speaking to the media following the visit, he reminded the international community of its “ongoing responsibility to act decisively for peace,” and added “I stand with the people of Gaza to say that the United Nations will always be with you… The closure of Gaza suffocates its people, stifles its economy and impedes reconstruction efforts. It is a collective punishment for which there must be accountability.”

Noting that some 70 per cent of the population is in need of humanitarian assistance, the UN chief also highlighted that more than half of Gaza’s youth have little to no job prospects or horizons of hope.

Later in the day, the UN chief visited the West Bank where, in the city of Ramallah, he met with the President of the State of Palestine, Mahmoud Abbas. At a joint press conference afterwards, the Secretary-General encouraged the Palestinian leadership to act effectively, particularly against incitement, in order to help rebuild trust.