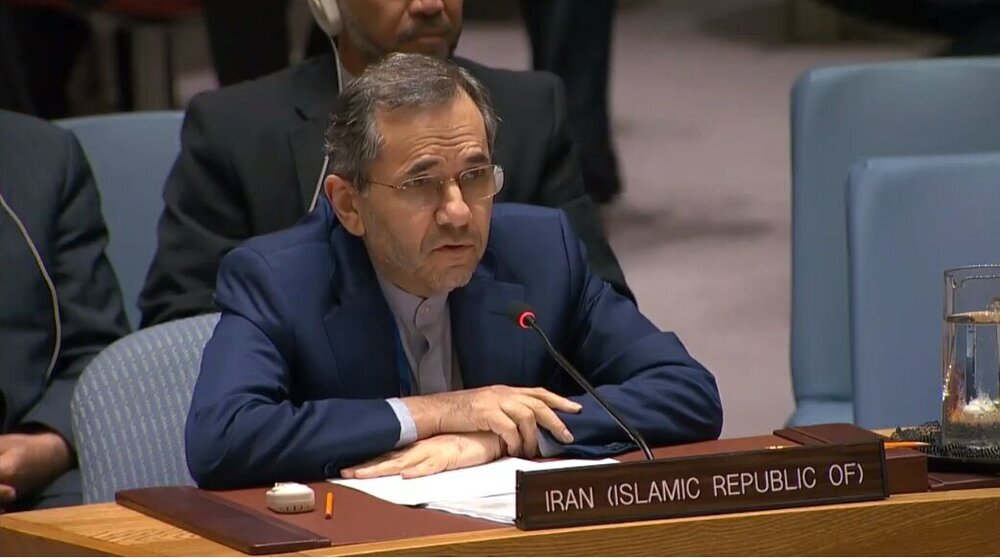 Since the end of the Cold War, the number of nuclear weapons in the world has dropped dramatically to 15,000 warheads, according to the latest estimates, but given the fact that the explosive and qualitative power of new nuclear weapons is thousands of times greater than that of old nuclear weapons, the danger of the existing weapons to human life and the planet is no less – if not greater – than that of the old weapons in question.

Under the Treaty on the Non-Proliferation of Nuclear Weapons, all Nuclear Weapon States have the obligation to destroy all their nuclear weapons. In addition, they are legally obliged not only to refrain from taking any action to manufacture nuclear weapons, but to refrain from transferring such weapons to other countries, deploying them outside their territory, and cooperating with other governments to build atomic weapons.

Under the pressure and pursuit of non-Nuclear Weapon States, nuclear states, after decades of non-compliance with their legal obligations, have once again been obliged to take practical and effective steps within the framework of the final documents of the Nuclear Non-Proliferation Treaty review conferences in 1995, 2000 and 2010.

However, a look at the existing statistics and realities shows that not only Nuclear Weapon States lack the necessary political will to achieve nuclear disarmament, but also their nuclear activities, including increasing the quality of nuclear weapons, modernizing and increasing the destructive power of these weapons, increasing the nuclear weapons’ budget and promoting the status of nuclear weapons in national security doctrines, even in violation of international regulations and obligations, have created a situation in which the past trend does not show a significant move towards nuclear disarmament and it does not seem that there would also be such a prospect in the future.

In response to this situation, since 2005, the Islamic Republic of Iran has been the main sponsor of the biennial resolution, entitled “Following-up the Implementation of the Agreed Obligations at the NPT Review Conferences in 1995, 2005 and 2010.”

The main purpose of this resolution is the implementation of the obligations of the NWSs on nuclear disarmament within the framework of the Treaty on the Non-Proliferation of Nuclear Weapons (NPT).

The draft of this resolution was first submitted to the United Nations General Assembly First Committee (Committee on Disarmament and International Security), and after consideration and initial decision in this committee, the result will be sent to the General Assembly for the final decision.

Below, by looking at the structure and content of this resolution, possible interpretations of different countries’ positions are examined from the principled point of view that a vote given to every resolution and proposal in the multilateral diplomacy is a test for the consideration of the claims with the practical and declarative positions of the countries, and based on this, the countries’ positions and claims can be verified in various aspects.

The preambular part — with reference to the previous biennial resolutions, the text of the NPT, the previous approval of the General Assembly to achieve nuclear disarmament, reminding and reaffirming the previously agreed-upon obligations in review conferences after the indefinite extension of the Treaty in 1995 and beyond — expresses concern about the failure of the last review conference held in 2015.

One of the most important paragraphs in this section is preambular paragraph 6, which emphasizes the implementation of the 1995 resolution of the NPT Review Conference on the establishment of a nuclear-weapon-free zone in the Middle East. The 1995 resolution on the Middle East calls on the Israeli regime to join the NPT and place its nuclear facilities under the supervision of the International Atomic Energy Agency (IAEA).

What adds to the significance of the 1995 resolution is the obligation of the three co-sponsors of the resolution, including the United States, Britain and Russia, to compel the regime to join in for the establishment of a nuclear-weapon-free zone in the Middle East.

Operative paragraph 3 calls on the NWSs to expedite the implementation of their obligations to completely destroy their nuclear arsenal in accordance with the principles of transparency, irreversibility and international oversight, and to reduce the role of nuclear weapons in their security doctrines. These countries have also been urged to initiate the practical process of achieving nuclear disarmament.

Operative paragraph 4 stresses the need for Nuclear Weapon States to provide security assurances to non-Nuclear Weapon states that they will not use or threaten to use nuclear weapons against them.

Finally, in this substantive section, all members of the United Nations are requested to pursue the implementation of the obligations accepted by the nuclear powers in the form of review conferences and the preparatory committees of these conferences.

As it is clear, the UN members’ feedback to Iran’s proposal can be categorized into three groups.

* The majority of the United Nations’ members, particularly the non-nuclear member countries of the Non-Aligned Movement that have always welcomed the proposal, have always supported this resolution. It is noteworthy that a few of the non-nuclear states generally do not participate in meetings or sometimes in voting.

* A group of countries abstain. They are non-nuclear, and although they have political reservations to support Iran’s proposal, they are not against it, either, and settle with abstention.

* A negative vote to the preambular paragraph or the resolution as a whole, especially by some countries, is questionable. In general, Nuclear Weapon States oppose any explicit and objective proposal for nuclear disarmament – regardless of the proposer. The so-called “nuclear umbrella” countries, which possess security assurances given to them by the Nuclear Weapon States, also give a negative vote to such proposals to show their political allegiance to the Nuclear Weapon States while taking the stance of nuclear countries into consideration and with an intention of taking no position that leads to the cessation of ‘umbrella support.’ In general, the United States, the Israeli regime and Western countries have always been among the opponents of Iran’s proposal. The United States and Israel have always called for a vote on Preliminary Paragraph 6 and the resolution as a whole.

Conclusion and verification of the declared positions

As mentioned, any declared stance and practical action of countries in international forums can be clear evidence for the verification of those claims. In the specific context of this resolution, the point of departure, content, request and direction of the resolution clearly indicate the need for objective fulfillment of disarmament obligations, and in the meantime, the Islamic Republic of Iran, like other non-Nuclear Weapon States, has no interest but to strengthen international peace and security through the elimination of one of the existing threats – the existence of nuclear weapons.

On the other hand, the hypocrisy in the positions of Western countries, which always turn a blind eye to the arsenal of weapons of mass destruction of the Israeli regime and point the finger of blame at the Islamic Republic of Iran, becomes clear with a negative vote on the resolution of the Islamic Republic of Iran. Because in practice, these countries, while expressing concern about the danger of proliferation, oppose the genuine demand for disarmament and the complete destruction of nuclear weapons, and in today’s transparent international community no one buys such claims.

At this year’s session of the Committee on Disarmament and International Security, the Islamic Republic of Iran, as in previous years, referred to the new nuclear arms race and the process of modernization of these weapons as an alarming trend and called for an end to such actions, and said it will continue to do so with strong determination. Iran believes that the global security becomes more vulnerable with nuclear weapons or other weapons of mass destruction, and therefore creating a secure world requires the complete destruction of such weapons, and, at the forefront of them, nuclear weapons. In line with this policy, Iran has also proposed the creation of a nuclear-weapon-free zone in the Middle East.

Majid Takht-Ravanchi is Iran’s Permanent Representative to the United Nations.