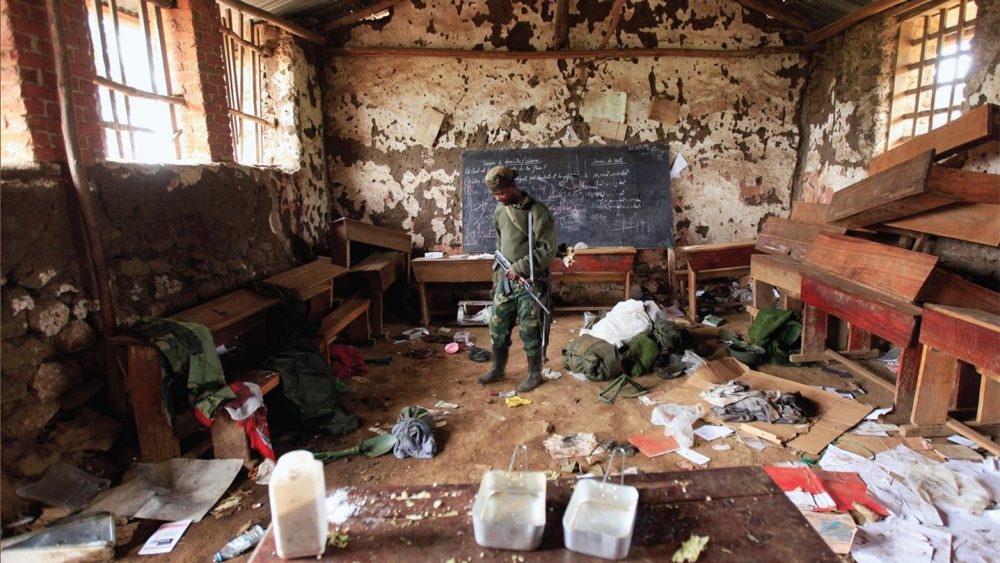 Acting unanimously on Friday, the Security Council adopted a unique resolution strongly condemning attacks against schools, children and teachers and urging conflict parties to immediately safeguard the right to education.

While the 15-member Council has issued previous statements decrying attacks on schools, this is its first resolution to explicitly focus on the link between education and peace and security.

Through resolution 2601 (2021), delegates emphasized the invaluable role education plays for individuals and society, including as life-saving safe spaces.  They noted that providing, protecting and facilitating the continuation of education in armed conflict, should remain a key priority for the international community.

The Council also urged countries to develop domestic legal frameworks to ensure respect for their relevant international legal obligations – including comprehensive measures to prevent attacks against schools, children, teachers and other related civilians.

Among other elements of the text, members requested the establishment of strategies and coordination mechanisms for the exchange of information on the protection of schools and education, including among States, the Office of the Secretary-General’s Special Representative for Children and Armed Conflict, and UN peacekeeping and political missions.

The issue of education in conflict settings has gained prominence in the Security Council and the UN more broadly in recent years, as devastating attacks on schools and related civilians have escalated around the globe.

According to UN data, more than 22,000 students, teachers and academics were injured, killed or harmed in attacks on education during armed conflict or insecurity over the past five years.

The Secretary-General’s 2020 and 2021 annual reports on children and armed conflict also spotlighted the increase in attacks against schools.

On 10 September 2020, the delegation of Niger convened an open Security Council debate on attacks against schools, during which members adopted a presidential statement reaffirming the right to education and its contribution to peace and security.  It also called on countries to take steps to prevent attacks and threats of attacks against schools.

‘First of its kind’

Council members, speaking after Friday’s vote, roundly welcomed the resolution’s adoption, which is the first uniquely dedicated to the protection of classrooms and schools.

The representative of Norway – one of its co-facilitators, along with the representative of Niger – said the text will help the Council make its voice heard against the growing disruption of education in conflict.  She noted that schools, teachers or students were attacked in 93 countries between 2014 and 2019.

Niger’s delegate added that more than 75 million children around the world have seen their education disrupted by conflict, as attacks on schools and school infrastructure have grown alarmingly.