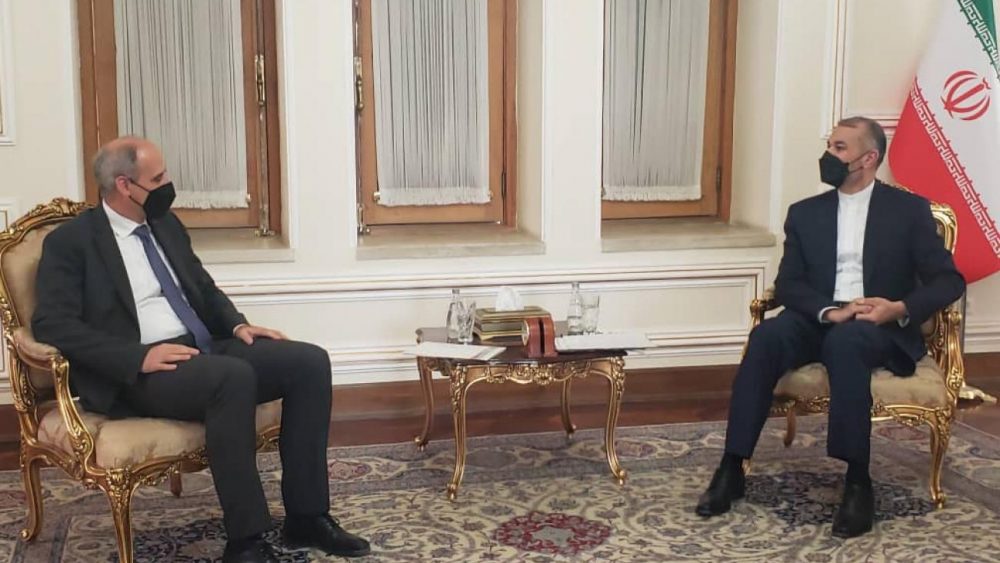 Mr. Amirabdollahian welcomed Mr. Priesner to Iran and congratulated him on the appointment. During the meeting Mr. Priesner expressed his honour to have been designated by the UN Secretary-General to represent the UN System in a country which has both contributed immensely to world civilization and is also a founding member of the United Nations.

“I am fully committed to building even stronger cooperation for sustainable development between the United Nations and the Islamic Republic of Iran”, Stefan Priesner said.

“My first priorities are to increase the Covid vaccine supply to help Iran overcome the pandemic that has devastated the lives of so many people around the world. I also encourage support by the international community for the Afghan population in Iran in the spirit of global burden sharing.”

The UN presence in Iran consists of 20 agencies, funds, and specialized programmes.

Mr. Priesner has extensive experience in international development and management, including providing policy advice to Governments and overseeing the formulation and delivery of complex, multi-disciplinary development programmes. At the United Nations, he was most recently the Resident Coordinator for Malaysia, Brunei Darussalam and Singapore.

Previously, Mr. Priesner was the Resident Coordinator and UNDP Resident Representative in Uzbekistan. That assignment followed his service in other senior roles with UNDP, including Country Director in Bangladesh, Deputy Resident Representative in Bosnia and Herzegovina, Deputy Chief of the Subregional Resource Facility for South and West Asia in Nepal, and Head of the Governance Unit in Bhutan. Before joining the United Nations, Mr. Priesner worked in the private sector.

Mr. Priesner is married and has two children.