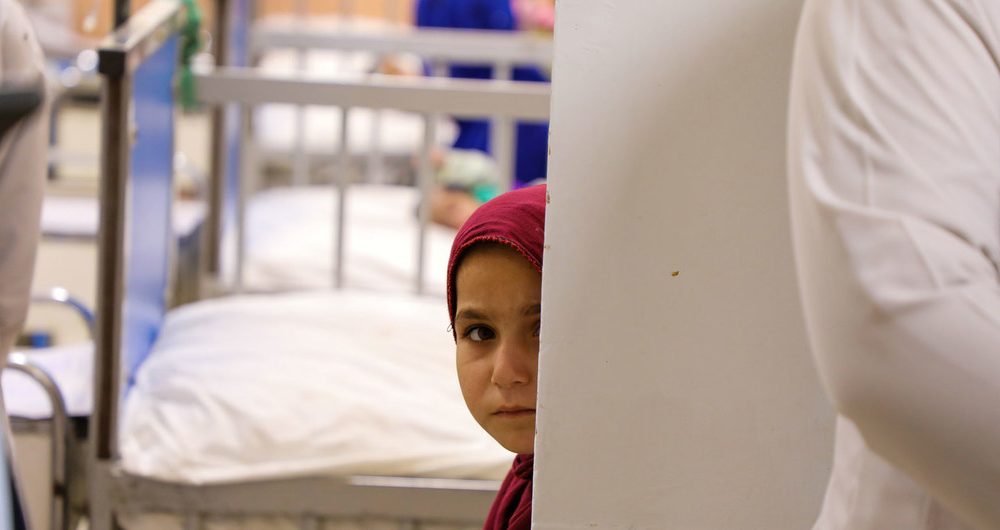 Healthcare provision is deteriorating fast in Afghanistan, the UN health agency warned on Wednesday, with cases of measles and diarrhoea shooting up, and polio becoming a “major risk”.

According to the World Health Organization (WHO), the COVID-19 response has also declined and almost half of the country’s children are at risk of malnutrition.

Moreover, the agency pointed out that only 17 per cent of the over 2,300 health facilities previously supported by the World Bank, are fully functional, two-thirds of which have run out of essential medicines.

Help on the ground

Despite the rapidly deteriorating health situation, WHO is working with donors to sustain health facilities to prevent outbreaks, and rising illness.

And as the coronavirus continues to be a significant challenge, the UN health agency is boosting surveillance and testing capacities within the country.

“Recently, we have airlifted 50,000 COVID-19 tests that are being distributed to 32 labs across the country”, WHO said, adding that 10 more labs are also being planned.

Several humanitarian partners on the ground reiterated their commitment to continue working together with the UN to support the nation’s ailing health system.

Speaking at a regular news briefing in New York, UN Spokesperson Stéphane Dujarric told journalists that the World Food Programme (WFP) and UN Children’s Fund (UNICEF) will be scaling up their work in the country, with up to 100 new mobile health and nutrition teams.

He also relayed that the UN Population Fund (UNFPA) said that midwives throughout Afghanistan are continuing to operate, bringing critical life-saving care to women and girls in need.

A Flash Appeal launched on 7 September by the UN Office for the Coordination of Humanitarian Affairs (OCHA) aims to help 11 million people survive as food is running out and the country’s basic services are on the verge of collapse.

Requesting $606 million in the remaining months of this year, Mr. Dujarric reminded that the appeal is only 22 per cent funded, which according to OCHA’s calculation, represents just $135 million.

“The UN is asking donors to fast-track funding to prevent avoidable deaths, prevent displacement and reduce suffering”, he said. “We are also asking our donors to ensure that funding is flexible enough to adapt to the fast-changing conditions on the ground”.