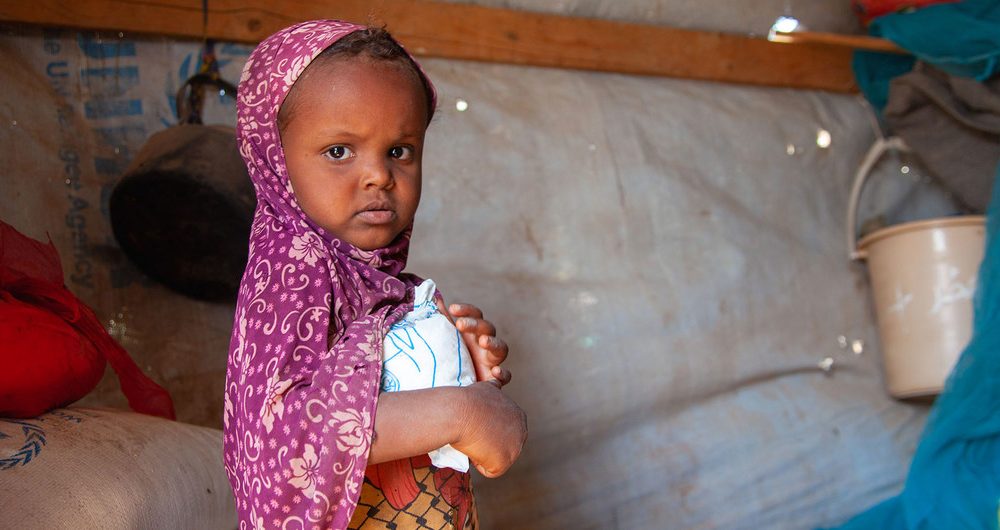 Although the World Food Programme (WFP) is ramping up support to people in Yemen’s worst hunger hotspots, in efforts to prevent famine, sustaining response through the rest of the year is uncertain, the UN agency warned on Monday.

“Escalating conflict, economic decline, rising global commodity prices and COVID-19 have all contributed to an alarming increase in acute hunger over the last year.”

Yemen continues to be the world’s worst humanitarian crisis, with many families displaced multiple times in six years of conflict between government forces, backed by a Saudi-led coalition, and the Ansar Allah movement, more commonly known as the Houthis.

UN Special Envoy Martin Griffiths arrived in Riyadh, Saudi Arabia, on Monday for consultations, as part of efforts towards achieving a nationwide ceasefire and resumption of the political process.

Fighting is occurring against a backdrop of rising food prices, with costs up to 200 per cent above pre-war levels, and a deadly second wave of COVID-19 infections.

WFP said nearly 50,000 people in Yemen are already living in famine-like conditions, and five million are in immediate danger.  Every 10 minutes a child dies from preventable diseases such as diarrhoea, malnutrition and respiratory infections.

Starting in February, WFP began resuming monthly distributions to 350,000 people in 11 districts of the country that are facing famine-like conditions.

Following the confirmation of new funding in April and May, assistance was stepped up for nearly six million people in the nine governorates with the highest rates of emergency food insecurity. These people will again receive full rations every month beginning in June.

Nearly 13 million Yemenis overall depend on WFP emergency food assistance.  They receive rations of flour, pulses, vegetable oil, sugar and salt, or vouchers or cash to purchase the same quantity of food.

Priority is placed on areas with the highest rates of food insecurity, and on providing rapid support to families displaced by conflict, such as the ongoing situation in Marib governorate.

However, amid a challenging operating environment, and in the face of reduced funding, WFP was forced to halt monthly food assistance in the northern areas of the country in April, and instead switched to providing aid every two months.

The agency will require at least $1.9 million billion to prevent famine in Yemen.

This year, donors have contributed nearly $947 million for its famine prevention efforts, with large-scale support coming from the United States, Saudi Arabia, the United Arab Emirates, Germany and the European Union.

“We will start seeing the impact in the coming months, but initial gains will be fragile”, Mr Bukera warned.  “WFP’s ability to maintain this level of response until the end of the year hangs in the balance. Sustained, predictable and flexible funding is required immediately, otherwise we will see any progress undone and needs rapidly rise in what is an unpredictable and challenging operational environment”.