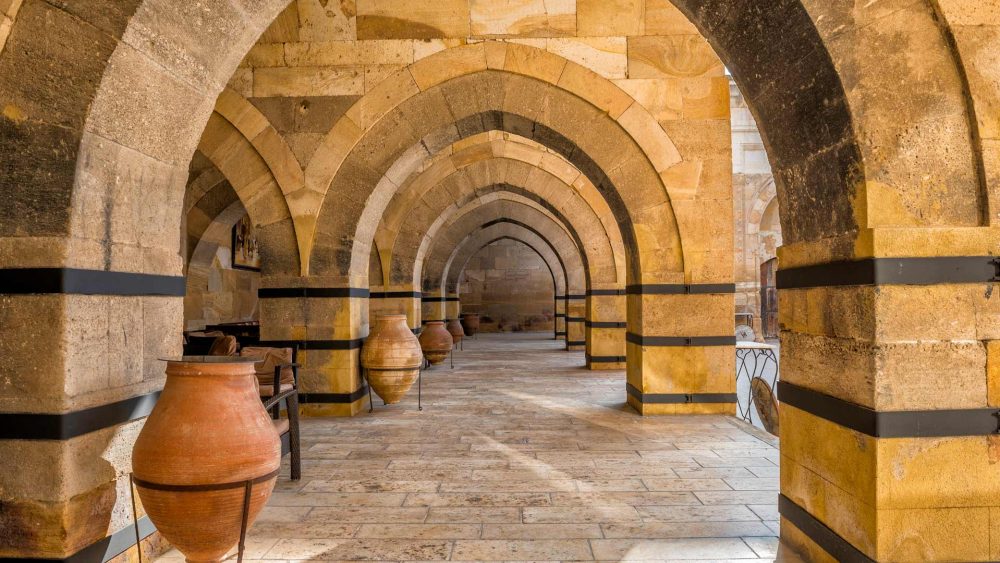 The Safavid-era (1501-1736) Khan Caravanserai in Khoy, the northwestern province of West Azarbaijan is planned to be restored and preserved, the provincial tourism chief has said.

It is one of the three caravanserais in the province being considered to be added to the shortlist of historical Iranian caravanserais prepared for a possible inscription on the UNESCO World Heritage list, CHTN quoted Jalil Jabari as saying on Tuesday.

This is why the historical structure must be conserved and repaired as soon as possible, the official added.

In 2019, the tourism ministry announced that Iran is developing a dossier for a selection of its historical caravansaries for a possible inscription on the UNESCO World Heritage list.

In this regard, cultural heritage experts are assessing such monuments that are scattered across the country to make a shortlist in terms of their architecture, historical and cultural values.

Caravanserai is a compound word combining “caravan” with “serai”. The first stand for a group of travelers and seari (or sara) means the building. They often had massive portals supported by elevated load-bearing walls. Guest rooms were constructed around the courtyard and stables behind them with doors in the corners of the yard.

Iran’s earliest caravanserais were built during the Achaemenid era (550 -330 BC). Centuries later, when Shah Abbas I assumed power from 1588 – to 1629, he ordered the construction of network caravanserais across the country.

Such roadside inns were originally built in various epochs along ancient caravan routes in the Muslim world to shelter people, their goods, and animals. The former Silk Roads may be the most famous example dotted by caravanserais.

For many travelers to Iran, staying in or even visiting a centuries-old caravanserai, can be a wide experience; they have an opportunity to feel the past, a time travel back into a forgotten age!

Iran ranks 10th in the world in terms of the number of historical monuments and sites registered on the UNESCO World Heritage list.

Before the Islamic Revolution, Persepolis, Naghsh-e Jahan Square, and Choghaznabil were the only three UNESCO-listed monuments, but today the number has been increased this number to 24 historical sites, of which “Arg-e Bam” (Bam Citadel) represents an outstanding example of an ancient fortified settlement, is located in Kerman province.

“Bisotun” in western Kermanshah province, which is notable for its Achaemenid-era inscription carved on a limestone cliff, lavish “Golestan Palace” in downtown Tehran which is a masterpiece of the Qajar era (1789 to 1925), and millennium-old “Gonbad-e Qabus” which is a mudbrick tomb tower for Qabus ibn Wushmagir, are among the other UNESCO-designated sites in Iran.

The region has been the seat of several ancient civilizations. It formed part of Urartu and later of Media. In the 4th century BC, it was conquered by Alexander the Great and was named Atropatene after one of Alexander’s generals, Atropates, who established a small kingdom there. The area returned to the Persian (Iranian) rule under the Sasanians in the 3rd century CE. The Arabs controlled Azerbaijan from the 7th century until Turkish nomads overran it in the 11th century. Thenceforth the inhabitants of the region were Turkish speakers. The region was overrun by the Mongols in the 13th century, and, under the ruler Hulegu, Azarbaijan became the center of a Mongol empire extending from Syria on the west to the Oxus River (now the Amu Darya) on the east.