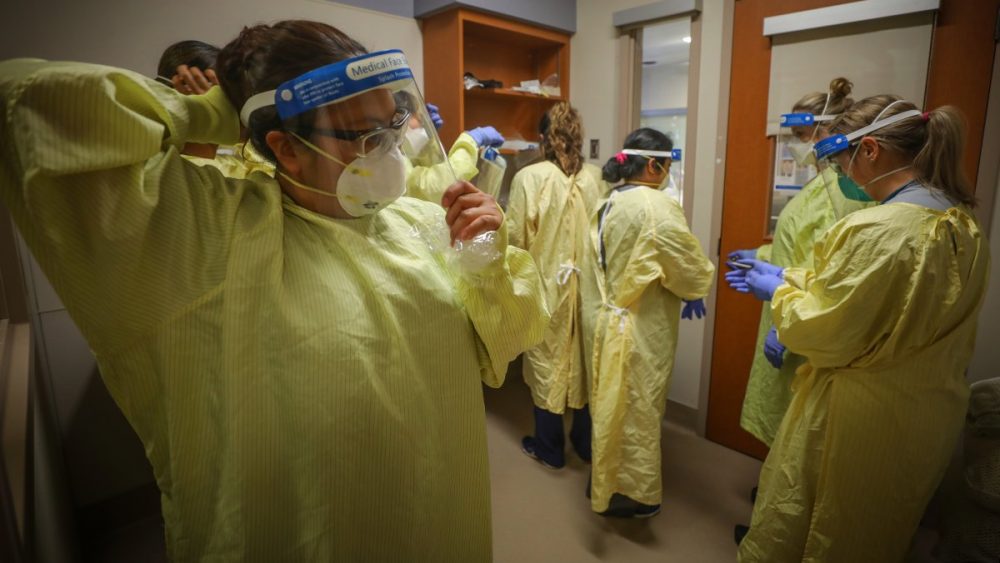 COVID-19 infections are approaching their highest rates since the pandemic began just over a year ago, the head of the World Health Organization (WHO) reported on Friday.

“Around the world, cases and deaths are continuing to increase at worrying rates”, said WHO Director-General Tedros Adhanom Ghebreyesus, speaking during his regular briefing.

“Globally, the number of new cases per week has nearly doubled over the past two months. This is approaching the highest rate of infection that we have seen so far during the pandemic.”

As of Friday, there were 138.5 million cases worldwide, and more than 2.9 million deaths. The pandemic was declared in March 2020.

Tedros said some countries which had previously avoided widespread virus transmission are now witnessing “steep increases” in infections, with Papua New Guinea serving as an example.

The Pacific island nation, which has a population of around eight million, had managed to keep the disease at bay. Up until the beginning of the year, there were less than 900 cases and nine deaths.

Currently, more than 9,300 cases and 82 deaths have been recorded, and all 22 provinces have been affected. The country’s health Minister, Jelta Wong, who also briefed journalists, said half of all cases and deaths were reported in the last month alone, and health workers are increasingly among those infected.

“Our biggest challenge is seemingly to the late adaption or acceptance of the ‘new normal’ and the disbelief in the disease itself,” he said. “This overlaps into much infodemic – and conspiracies and misinformation on the safety and the efficiency of the vaccines.”

The situation in Papua New Guinea, or PNG, is concerning, Tedros said, as it could lead to a much larger epidemic.  Late last month, Australia donated some 8,000 doses of the AstraZeneca vaccine to its neighbour, and an additional 132,000 doses were delivered this week through the COVAX solidarity initiative.

Tedros said PNG was a perfect example of why vaccine equity is so important, an issue which the WHO chief and other senior UN officials have repeatedly highlighted.

Earlier this week, UN Secretary-General António Guterres told the Financing for Development Forum that “to end the pandemic for good, we need equitable access to vaccines for everyone, everywhere.”

WHO continues to assess the pandemic’s evolution. Its Emergency Committee on COVID-19 met this week and Tedros said he will receive its latest advice on Monday.

Monitoring of the COVID-19 virus variant first detected in India continues, WHO said on Friday.

The B 1 617 variant, which has two mutations, emerged at the end of last year and cases have been reported in other countries across Asia and North America.

“This is one variant of interest that we are following,” said Dr Maria Van Kerkhove, the agency’s Technical Lead on COVID-19.

“Having two of these mutations, which have been seen in other variants around the world, are concerning because there’s a similarity in these mutations that confer increased transmissibility, for example. Some of these mutations result in reduced neutralization which may have an impact on our counter measures, including the vaccines.”

COVID-19 variants have been reported in the United Kingdom and South Africa, while a third that was first detected in Japan is circulating in Brazil and elsewhere.

Dr. Van Kerkhove said WHO and partners have been bringing together countries, researchers and different networks, to strengthen global monitoring and assessment of the new coronavirus.

“It’s really important that that assessment is robust so we understand what each variant of interest and variant of concern means for transmission, for severity and for impacts on diagnostics, therapeutics and vaccines”, she said.

COVID-19 vaccines developed so far have been effective against the variants, she added, “but we want to have a system in place should there need to be a change in some of our counter measures going forward.”