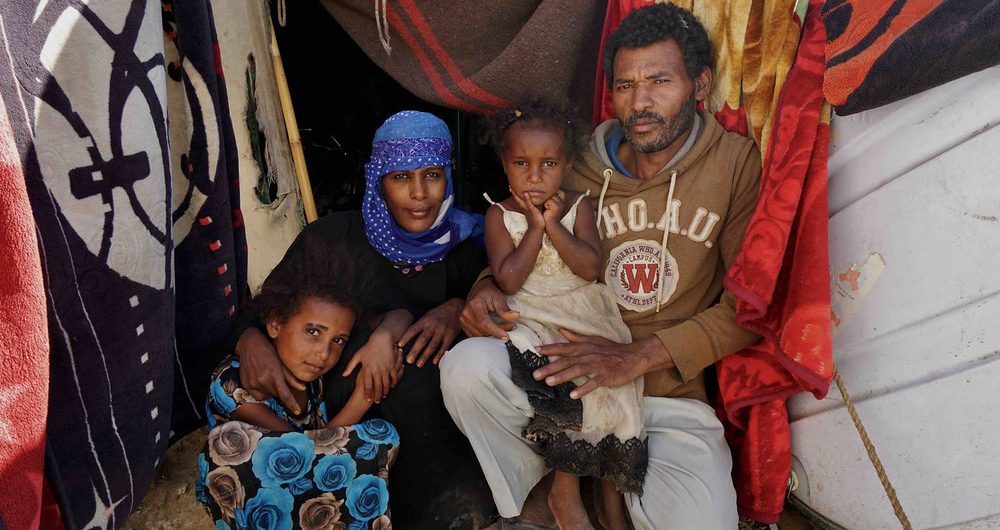 The UN’s top official in Yemen has warned of a “dramatic” deterioration in the country’s ongoing conflict, telling the Security Council on Tuesday that fighting has expanded on several fronts amid the world’s worst humanitarian crisis.

Special Envoy Martin Griffiths reported that “the war is back in full force”, with Ansar Allah, commonly referred to as the Houthis, continuing an offensive in Marib.  The northern governorate had previously been relatively unaffected in the fighting, now in its seventh year, but the violence is putting civilians, including more than one million displaced people, at risk.

Meanwhile, new fronts have opened, with fighting escalating in Hajjah, Taiz and Hudaydah.  Cross-border attacks against civilian and commercial sites in Saudi Arabia  have also increased in recent weeks, followed by air strikes in the Houthi-held capital, Sana’a.

The Special Envoy told the virtual meeting that even as the conflict intensifies, fuel shortages persist, contributing to a rise in the cost of basic commodities and impacting hospitals and other services.

He stressed that given the links between the war and the humanitarian crisis, it is incumbent on the warring parties to stop fighting now more than ever.

“A nationwide ceasefire, along with the opening of Sana’a airport and ensuring the unhindered flow of fuel and other commodities into Yemen through Hudaydah ports, are urgent humanitarian imperatives”, he said.

“These measures will ease the impact of the conflict on civilians, will facilitate Yemenis’ right to freedom of movement and it is clear we must do all we can to allow Yemen to survive, to give it a chance under these circumstances.”

Mr. Griffiths added another priority: resumption of the inclusive political process, as the parties can only resolve their differences through negotiation.

“We know that without a resolution of those differences, without a political settlement, there will be no sustainable defeat of humanitarian problems.”

‘Speeding towards a massive famine’

UN Humanitarian Coordinator Mark Lowcock reminded ambassadors that Yemen is “speeding towards a massive famine” as resources dwindle.  Although $1.7 billion was raised at a donor conference last month, the figure is less than half of what is required for operations this year.

Mr. Lowcock urged action to address the economic collapse that has also been a major driver in instability, by strengthening the national currency and resolving the blockade of commercial imports.

He noted that the Government has blocked all commercial fuel imports to Hudaydah, through which more than half of Yemen’s fuel imports come, since January.

“Right now, there are 13 fuel ships waiting outside Hudaydah, carrying enough supplies for two months. On average, these ships have been waiting more than 80 days for Government clearance”, he said, adding that the vessels have all been inspected and cleared by the UN verification mechanism.

Mr. Lowcock joined the UN Special Envoy in calling for an independent investigation into the deadly fire at a detention centre last week in Sana’a that killed dozens of migrants and injured more than 170 others.

He also underlined the need for progress towards peace.

“And I again repeat that the renewed US commitment to a diplomatic solution and the US focus on the humanitarian tragedy in Yemen does provide the best opportunity we have seen in years to resolve the conflict and get the parties to the table and find the way forward for the people in the country. And that’s still true despite the recent escalation”, said Mr. Lowcock.

“But that opportunity needs to be taken. It would not be possible to take it if Yemen tips into huge famine. So, we have to stop the famine.”