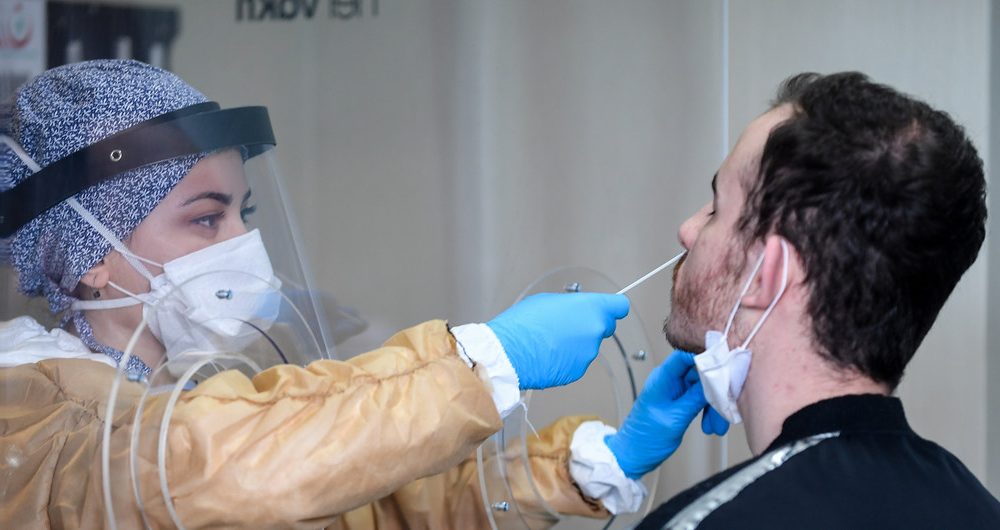 COVID-19: Testing still vital even as vaccines roll out

Testing will still be a critical tool against COVID-19, even as vaccines are deployed against the disease, the head of the World Health Organization (WHO) said on Friday during his regular briefing on the crisis.

WHO chief Tedros Adhanom Gheybreyesus emphasized how testing has been common among countries which have worked to control the virus.

“As vaccines are rolled out, testing will continue to play a vital role”, he said.

“Initially, health workers, older people, and other at-risk groups will be prioritized for vaccination. That will still leave the virus with a lot of room to move, and testing will remain a vital tool for controlling the pandemic.”

However, Tedros stressed that though vital, testing is only part of the strategy against COVID-19.

“Testing is the spotlight that shows where the virus is. Investments in testing must be matched by investments in isolation facilities, clinical care, protecting health workers, contact tracing, cluster investigation and supported quarantine”, he stated.

Meanwhile, WHO said more information is needed concerning the vaccine developed by the pharmaceutical company AstraZeneca and Oxford University.

The partners announced this week that clinical trials showed a regimen consisting of one half-dose of the vaccine, followed by a full dose a month later, was more effective than two full doses.

Dr. Katherine O’Brien, Director of Immunization, Vaccines, and Biologicals at WHO, underlined the need for further evaluation as the data were reported in a press release.

“I think what we can emphasize, though, is that from what we understand about the press release, there is certainly something interesting that has been observed. But many reasons could underlie the differences that were observed,” she said.

WHO’s Chief Scientist, Dr. Soumya Swaminatha pointed out that less than 3,000 people were given the lower-dose regimen, according to the press release, all of whom were 55 years old or younger.

She added that the other group consisted of more than 8,000 people of varying ages, thus making it very hard to compare the two, while overall, their numbers were too small to come to any definitive conclusions.

“It would be speculation at this point,” Dr. Swaminathan told reporters.

She said AstraZeneca has informed WHO that it intends to run a full trial of the lower-dose regimen.

Global experience with storage and distribution of the Ebola vaccine could inform the delivery of any potential inoculation against COVID-19 once developed, according to WHO.

“There is demonstrated experience of delivering ultra-cold chain vaccines, even in some of the most difficult and remote areas,” said Dr. O’Brien.  “But that has also taken enormous resources to do that.”

The WHO official was responding to a journalist’s question concerning the experimental vaccine developed by pharmaceutical companies Pfizer and BioNTech, which was recently submitted to authorities in the United States for emergency approval.

The vaccine, which has shown a more than 90 percent efficacy rate, requires very cold storage of -70 degrees Celsius or below, prompting concerns about potential distribution in African countries.

No one vaccine is enough

“We do have experience in a number of countries, specifically in Africa, being able to deploy a vaccine with that ultra-cold chain requirement”, said Dr. O’Brien, referring to the Merck Ebola vaccine used in outbreaks in the Democratic Republic of the Congo.

“So, as we anticipate the use of the Pfizer vaccine, the intention is certainly to be able to use it along with other vaccines because no one vaccine is going to have adequate supply, nor will anyone vaccine necessarily have suitable operational characteristics to meet all of the needs.”

Dr. O’Brien added that Pfizer has developed a special “shipper” that can maintain the vaccine’s temperature for up to 10 to 15 days.

Furthermore, the vaccine can be stored at refrigerated temperatures for five days, she continued, while portable freezers that do not run on electricity, and even dry ice, also can be used.

As ultra-cold chain logistics are not in place everywhere, including in high-income nations, Dr. O’Brien suggested that countries will have to “innovate” around systems for delivering COVID-19 vaccines that have this requirement.

One approach could be to use them for immunizing certain segments of the population.

She cited health professionals as an example because they work in facilities where immunization would take place and where it would be easier to install the ultra-cold chain freezers.

Although the pandemic has imposed many restrictions on our lives, there is no excuse to sit on the couch, WHO affirmed on Friday, announcing new guidelines on physical activity and sedentary behavior, published this week.

Exercise is essential for physical and mental health throughout life, the agency said, but one in four adults, and four in five adolescents, do not move enough.

The guidelines recommend between 150 and 300 minutes of moderate to vigorous activity per week for adults, and an average of 60 minutes per day for children and adolescents.