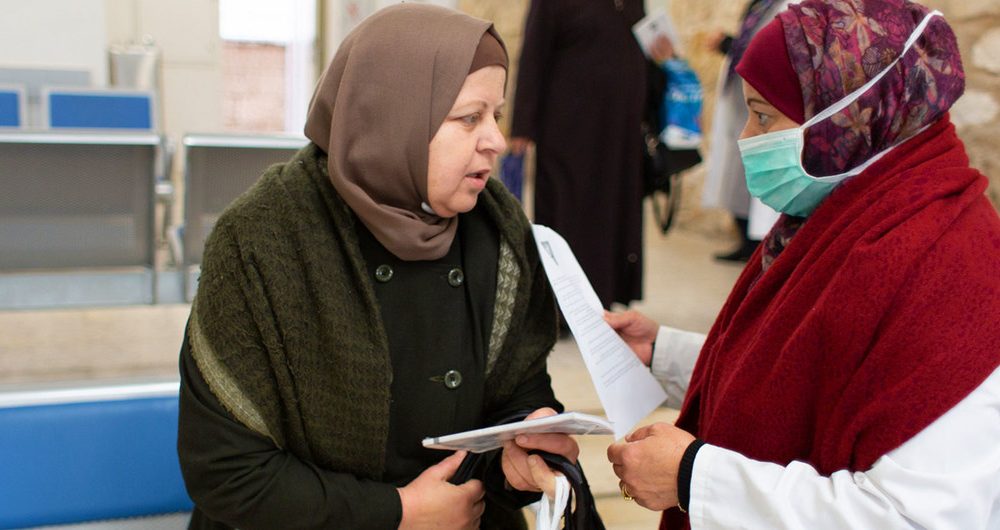 “That’s why it’s vital that countries are able to quickly identify and prevent clusters, to prevent community transmission and the possibility of new restrictions,” he told journalists.

Globally, there are now more than 22 million cases of COVID-19 and 780,000 deaths. Meanwhile, the number of people requiring hospitalization remains high, the WHO chief reported.

“No country can just ride this out until we have a vaccine,” he warned.

“A vaccine will be a vital tool, and we hope that we will have one as soon as possible. But there’s no guarantee that we will, and even if we do have a vaccine, it won’t end the pandemic on its own.”

Mr. Tedros underlined WHO’s commitment to countries as they work towards the safe re-opening of their economies, societies, schools, and businesses.

A tale of two pandemics

The WHO chief also expressed hope that the COVID-19 pandemic will be defeated in under two years or less time than it took to end the Spanish Flu pandemic, through global solidarity and the use of vaccines.

Mr. Tedros was responding to a journalist’s question about the similarities between the two crises.

Mr. Tedros pointed out that while the “disadvantage” of globalization means the new coronavirus can spread faster, people today have the “advantage” of technology and knowledge.

“So, we hope to finish this pandemic before less than two years, especially if we can pool our efforts together, and with national unity, global solidarity – that’s key – with utilizing the available tools to the maximum and hoping that we can have additional tools like vaccines, I think we can finish it in a shorter time than the 1918 flu,” he said.

He was responding to a journalist’s question about health professionals in some nations going on strike because they lack appropriate PPE, amid reports of government corruption related to COVID-19 funds.

“Because if health workers work without PPE, we are risking their lives. And that also risks the lives of the people they serve. So, it’s criminal, and it’s a murder, and it has to stop if it is happening anywhere.”

Speaking earlier in the briefing, WHO’s Dr. Michael Ryan highlighted how the pandemic has shown both the best and worst of humanity.

“Certainly, corruption is something that is not new to this world. And at this point, it’s really, really, important that governments govern and that we see very clear, transparent action by governments,” he said.

While authorities must ensure that health workers are properly equipped and receive their salaries, protests should not occur at the expense of the health and wellbeing of patients, said Dr. Ryan, Executive Director of WHO’s Health Emergencies Programme.

Upcoming guidance on masks for children

WHO and the UN Children’s Fund, UNICEF, are set to issue guidance on the use of masks by children.

The UN agencies will provide advice for public health officials, child health professionals, educators, and others about making the decision on where and when masks should be worn.

Dr. Maria van Kerkhove, an epidemiologist and WHO lead on COVID-19, said research continues into how the disease affects children as understanding about virus transmission among this population is limited.

Although children of all ages can be infected, the majority tend to develop the mild disease. However, children have developed the severe disease, and some have died.

WHO is urging support for the Democratic Republic of the Congo (DRC), where the Government is seeking $40 million to fight an Ebola outbreak which emerged in Equateur province in early June.

Ebola has spread to 11 of the 17 health zones of the province, located in the west of the country.  As of Thursday, there were 100 cases and 43 deaths.

“With 100 Ebola cases in less than 100 days, the outbreak in Equateur Province is evolving in a concerning way,” said Dr. Matshidiso Moeti, WHO Regional Director for Africa.

“The virus is spreading across a wide and rugged terrain which requires costly interventions and with COVID-19 draining resources and attention, it is hard to scale-up operations.”

WHO said a strike by health workers has further complicated the situation, as it has affected vaccinations, safe burials, and other activities.

The UN agency and its partners continue to support the DRC Government, including by helping to screen more than 640,000 people for the disease.